For some people, this story about robot workers taking human jobs may be good news. Foxconn, the Taiwan-based factory firm... 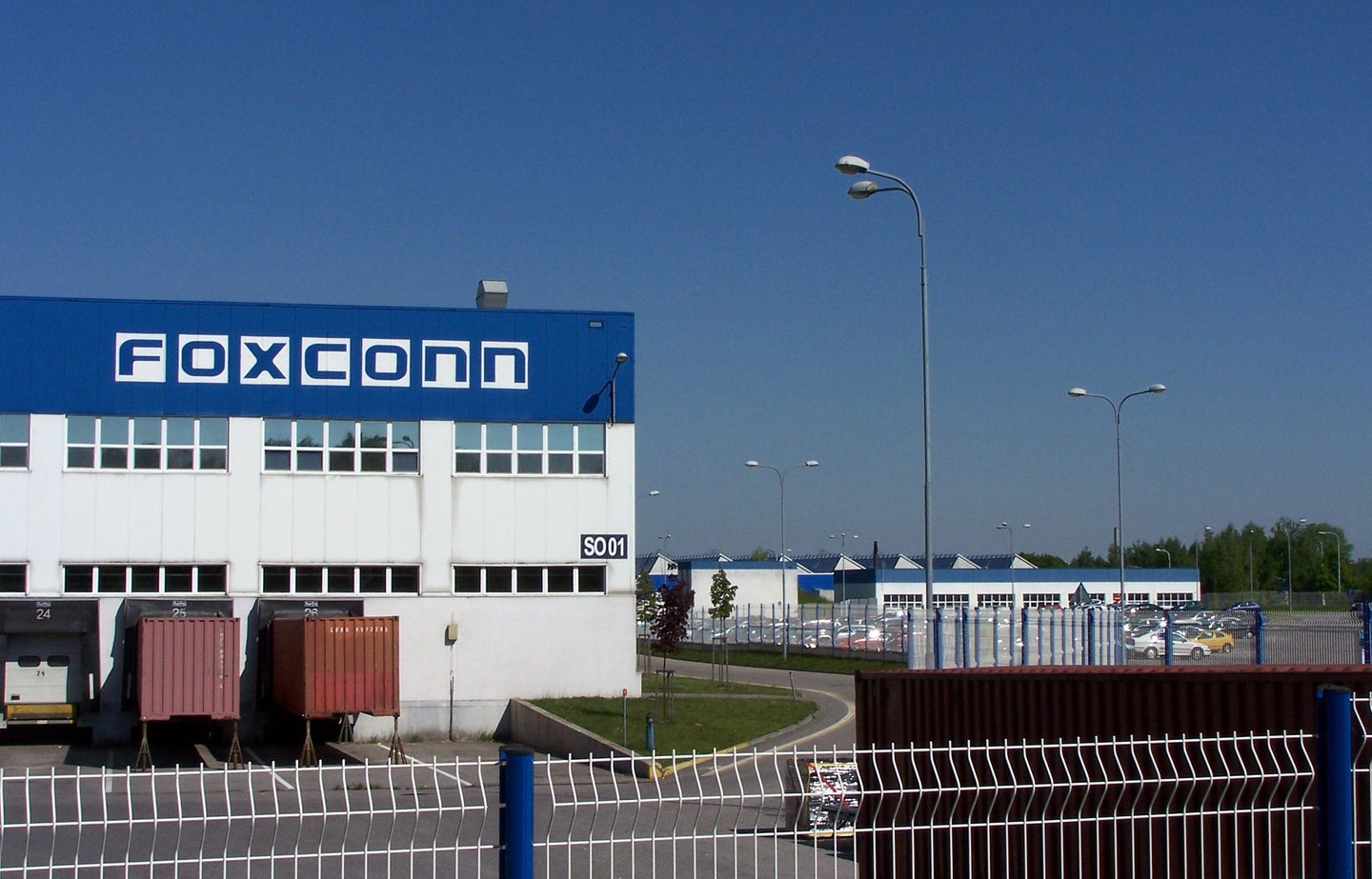 For some people, this story about robot workers taking human jobs may be good news.

Foxconn, the Taiwan-based factory firm that makes nearly half the world’s electronics, aims to replace 1 million of its workers with robots within in the next three years, the company announced over the weekend.

The factory bots will reduce labor costs and improve efficiencies, the company’s founder, Terry Gou, told the Xinhua news agency. And they will be unable to take their own lives.

You’ve probably read about the spate of suicides at Foxconn factories, which has prompted the company to write no-suicide pledges for workers, and to install anti-suicide nets around tall buildings. Robotic assembly line workers won’t have any of these requirements, nor will they require food service, housing or any other amenities. And the robots will handle the repetitive, exhausting work without complaint.

IEEE Spectrum reports on rumors that the robot workers will be ABB’s Frida robot, which was specifically designed to work alongside humans on assembly lines.

While preventing worker suicides is clearly a step in the right direction, if the company does really buy 1 million robots, that’s an awful lot of jobs lost in a short time. Foxconn employs 1.2 million people, with about 1 million of them based in China. What will these workers do next?