Nokia, which has been floundering for, oh, the last five years or so, announced early this morning that they’ll be... 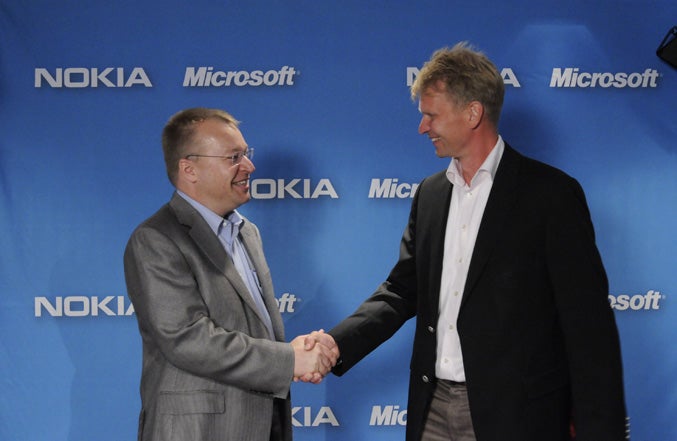 Nokia, which has been floundering for, oh, the last five years or so, announced early this morning that they’ll be embracing Microsoft and its Windows Phone 7 platform, and basically abandoning the infuriating Symbian OS and the likely-DOA Meego OS. It’s actually an interesting partnership: it could be a chance for the two companies to come together to improve the Windows Phone 7 platform as a whole.

Despite the company’s position as the top cellphone maker in the world, Nokia is in a deep, dark tailspin. Most of its sales are of low-profit, low-function cellphones to developing countries, rather than the exciting and profitable high-end smartphones that have made Apple, HTC, and Motorola successful. That’s due to its software, rather than its hardware: The Nokia N8, for example, had some reasonably impressive hardware (especially its camera), but ended up pretty much unusable thanks to the intrusive, incomprehensible mess that is Symbian, Nokia’s go-to operating system.

The pattern is pretty clear: Get Nokia some decent software, and they could make a damn fine phone. Nokia’s stubbornness made that seem impossible for the last few years (a Nokia rep once told me there’s “no way in hell” they’d ever make an Android phone), but early this morning, a joint Nokia-Microsoft conference announced a key partnership between the Finnish hardware maker and the Redmond-based software giant. It’s more than just Nokia signing up to stick Windows Phone 7 on their phones, like Samsung, LG, and HTC–Nokia’s Ovi Maps application will take the place of Microsoft’s Bing Maps, for example, and Nokia’s connections with European carriers will help Microsoft break into that market. Also, Nokia (unlike the other Windows Phone 7 partners) will have total freedom to customize the OS as they choose–a dubious advantage, given Nokia’s software track record, but we’ll reserve judgment.

There was no specific announcement about a particular phone, but we did learn that Nokia and Microsoft have been working for weeks, so presumably they’ve gotten underway at least a little bit. Hopefully the partnership delivers the first killer, must-have Windows Phone 7 smartphone–it certainly seems possible.