Near-field communications, or NFC, is one of the more promising up-and-coming technologies in the mobile world. In the near future,... 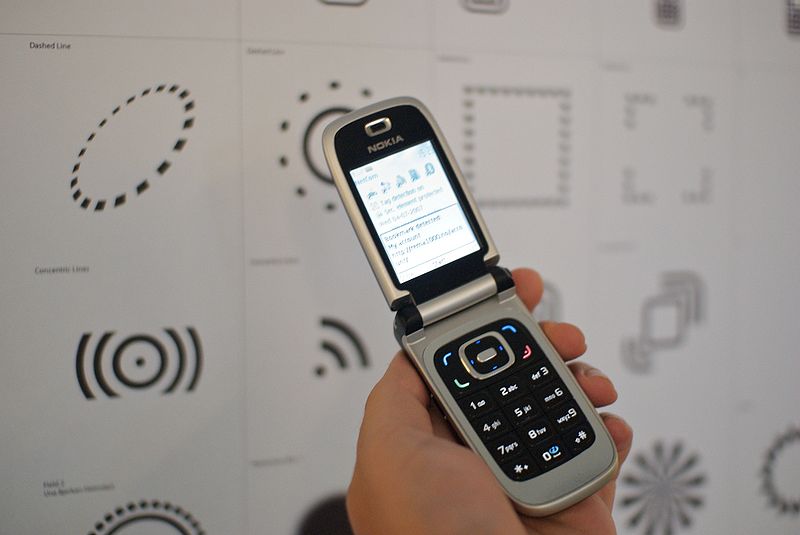 Near-field communications, or NFC, is one of the more promising up-and-coming technologies in the mobile world. In the near future, we’ll be able to make secure mobile payments or send files over a short distance with our phones–but nobody has taken that first big step to make NFC a common reality. According to a rumor, Apple may be the one to do it.

NFC is a short-range wireless communications tech, not too different from other short-range protocols like RFID (radio) and Bluetooth (or, frankly, all that new). NFC works a bit differently–it uses inductive magnetic plates to exchange information, which makes it easy and cheap to deploy, as well as secure enough to handle mobile payments. You can embed the little magnetic tags in just about anything, providing links, videos, photos, payments, or all kinds of other fun stuff. In jealousy-inducing countries like Japan and South Korea, it’s already in wide use, but here in North America, it’s largely unknown.

That’s likely to change, though. The first tentative toe-in-the-water came from Google, whose latest Nexus flagship Android phone, the Nexus S by Samsung, was the first high-profile smartphone to include an NFC chip. But as NFC is pretty much non-existent, that little feature isn’t too useful. For NFC to become as ubiquitous as it is elsewhere, it’s going to need some seriously popular hardware and at least the beginnings of an infrastructure to help it gain steam.

According to Richard Doherty, director of consulting firm Envisioneering Group, Apple is planning a major push for NFC in its upcoming mobile hardware, namely the iPhone 5 and iPad 2. Apple’s in a pretty good position to to that–its iTunes ecosystem has many more users than, say, Google’s Checkout, as well as the ability to get merchants on board with new payment schemes (the most recent example of which would be the Starbucks mobile payment app). For Apple, this could provide a big bump for the burgeoning iAd advertising platform, but for you and me, it could just be super useful.

Doherty says Apple is working on a mobile payment terminal prototype that could be used in small stores–bodegas, mom-and-pop stores, that kind of thing–and might consider either subsidizing it or flat-out giving it away to these retailers. That’s one of the better ways of getting this kind of tech out there, though it would be expensive at first.

Of course, this is just a rumor. It makes sense, considering the newness and potential of NFC, but predicting its deployment in the iPhone 5 and especially the iPad 2 (which is probably very near launch) might be premature. Apple is rarely the pioneer of major new tech like this, preferring to wait until it’s mature, but for the iPhone 6? Don’t be surprised if NFC is a major selling point.