Mint Floor-Cleaning Robot Review: A Swiffer Without the Swiffer 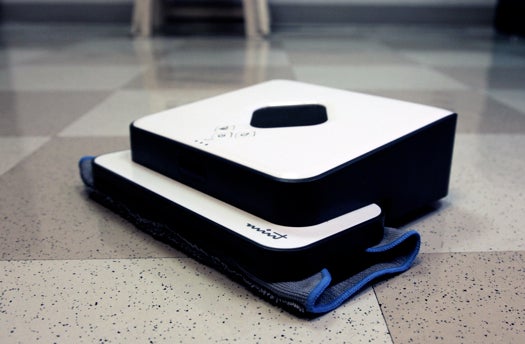 The Mint, perhaps unavoidably, might be best defined by the ways it differs from the Roomba. It’s a smaller, squarer machine that sweeps and mops instead of vacuuming or scrubbing. Its movements are guided by a separate sensor placed somewhere in the room to be cleaned, and the robot and sensor communicate to establish a map of the area. After this discussion, the Mint cleans in a methodical zig-zag pattern, returning to its starting location when it confirms that it has covered every inch of the room. It can both sweep and mop, depending on which cloth is snapped on and which setting is selected.

The sensor and traffic pattern definitely gives the Mint a step up in efficiency over its Roomba predecessors, giving it better spatial awareness and allowing for more precise cleaning patterns. It also keeps the vulnerable ‘bot from hurling itself down the stairs or getting stuck on carpeting, a nice bit of insurance for your investment.

In my tests, the Mint cleaned very effectively around table legs, into corners, even venturing (thanks to its small size) into the deepest recesses under our radiators. In sweeping mode, it smartly kept to a forward motion, ensuring that it didn’t leave (much) previously swept dirt behind. Since it does much less bumping and stumbling than the Roomba, it’s very quiet, and I liked being able to run it overnight and wake up to clean floors with the Mint stowed out of the way where I had left it. 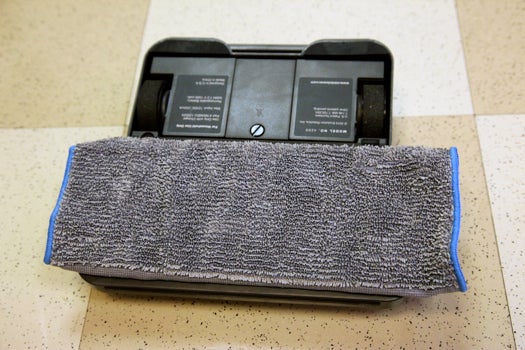 My main gripe is with the sensor cube. You have to be careful where you place it, because the signal strength seemed weaker when there was a barrier between the cube and the Mint (it was hopelessly lost maneuvering around simple table legs when the sensor was placed on top of the table). The Mint is also limited by the range of the navigational cube, so even though it has the battery life (four hours) to clean an entire home, it won’t be able to move much further than an adjacent room or hallway. The manufacturers suggest the solution is to carry the cube from room to room as the robot cleans, or buy more than one sensor.

Despite all the navigational equipment in play, there was still a lot more bumping and restarting than there would be with a human operating a Swiffer. As a result, some little piles of dirt it had collected were left behind–not what you want from a cleaning robot. 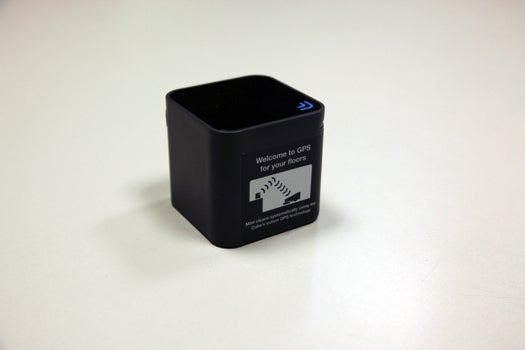 The Mint can’t compete for sheer cleaning power with, say, iRobot’s Scooba–but it also costs about half the price. It’s just not suited for heavy-duty or large-scale cleaning, but that’s not necessarily a criticism. If you have all hardwood, tile or linoleum floors with few area rugs, or your main concern is sweeping and light mopping, the Mint is an excellent and intelligent alternative. Take it for what it is—a subservient little robo-Swiffer with a single-room capacity—and you won’t be disappointed.