Tired of that spotty AT&T network coverage? The carrier is offering a satellite backstop to its network, but you’ll have... 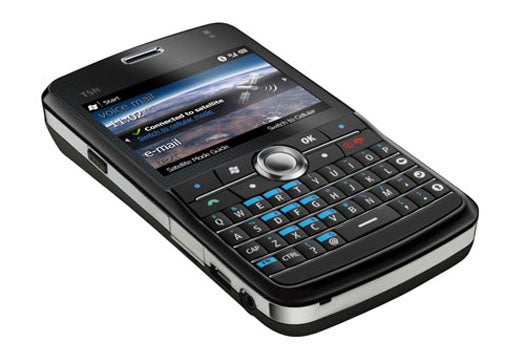 Tired of that spotty AT&T network coverage? The carrier is offering a satellite backstop to its network, but you’ll have to give up your iPhone for an even pricier option. AT&T has announced that on Tuesday it will begin selling its first satellite phone that works anywhere in the U.S., including in wilderness areas or hundreds of miles offshore. And the TerreStar Genus will only run you $799.

There are some important benefits to the Genus. It could become an important tool for businesses that operate off the beaten path, like mineral mining companies, commercial fishermen, wilderness authorities, and emergency response workers. And it’s not just a phone, but rather a full-blown smartphone that can manage text and data and runs Windows Mobile 6.5. Unlike previous iterations of the mobile satphone, it’s about the size of a Blackberry, has a full alphabetical keyboard, and lacks a massive antenna.

But the privilege of being able to email from the deck of your deep sea fishing vessel comes at a price. The phone requires regular AT&T voice and data service and runs on the normal network when coverage is available. But to access the satellite you’ll shell out an extra $25 per month, plus 65 cents per minute of voice. Data ain’t cheap either, costing $5 per megabyte. At 40 cents each, you’re better off sending a text than an email.

There are a few other potential un-selling points. To access the satellite you need an unobstructed view of the southern sky, and the satellite coverage is only good in the U.S. and surrounding waters, so you won’t be updating Facebook Places from the summit of Kilimanjaro with the Genus.

But it seems the phone is aimed less at the individual and more toward professional customers who need to stay in touch with headquarters even when outside of traditional coverage areas. As such, it will initially go on sale to business customers only on Tuesday. The TerreStar Genus will arrive in retail stores later this year.