Some of the applications sound like pure science fiction 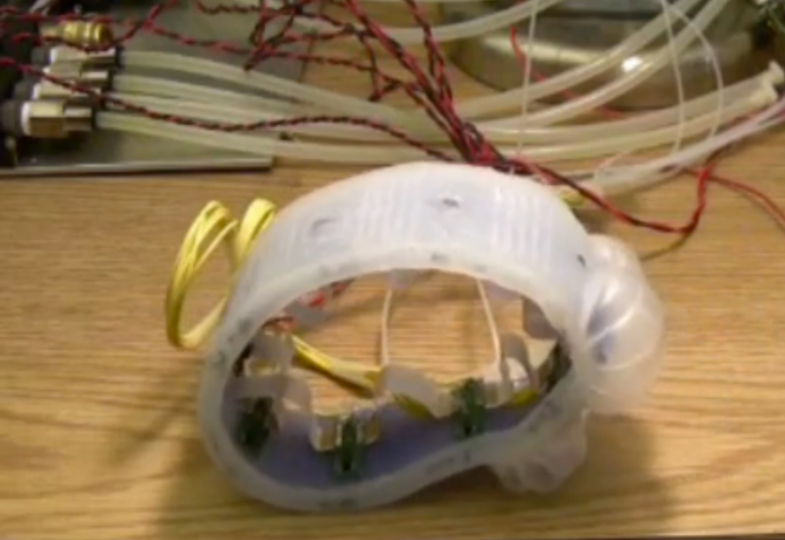 New robots could take on exciting new forms and applications, with each component of the machine able to react and act on its own, according to a review published today in Science.

The materials making up a robot are themselves are becoming more autonomous: sensing, calculating and reacting to their surroundings without any outside computer power. This means that, instead of connecting sensors in materials to a separate computer with wires, all of these functions will be housed in the material itself. The idea, says Nikolaus Correll, an assistant professor of computer science at the University of Colorado in Boulder, and one of the study authors, is that each material has many millions of parts that calculate their own actions based on local stimuli. Then the parts communicate with one another, so that the overall system is cohesive.

Materials that were recently cutting-edge, like small sensors and Arduino controllers, are now easy to find, says Correll. “The availability of the tools breeds participation—an average person can buy interesting polymers and use a laser cutter, and they couldn’t have done that so easily before.” Correll has seen this first-hand; his first-year engineering students have come up with some truly inspired creations, from a cell phone case that changes color to a skateboard that can fold up when it’s not in use. “If they can do this, maybe PhD students can do more challenging projects that were even more impossible before,” he says.

Take, for example, a tabletop that is able to heat hot food and cool cold food. “All these little cells would make a decision and activate heating or cooling. Let them talk to each other and implement a certain pattern you’re interested in,” Correll says. The paper also outlines applications that sound more like science fiction than reality: videogames printed on the back of magazines, airplane wings that change shape depending on wind conditions, vehicles or uniforms that camouflage like a cuttlefish, or prosthetics that have a sense of touch.

Right now, making these objects would be possible, but very expensive because they are not manufactured on a large scale. That can change quickly, though; new materials are often created for a specific purpose that people deem valuable. Money flows into the research and development process. Then once the material becomes more commonly manufactured, it can be appropriated for other uses. The same thing happened with carbon fiber, for example; British researchers used its physical strength to make aircraft, but the material then found its way into everything from tennis rackets to cell phone cases.

For the field to advance, Correll says that students need to start thinking about whole systems early on in their academic careers, as first-year engineering students, to be able to blend the fields of robotics and materials science that have historically worked separately. He himself plans to work on sensitive skin for prosthetics for the next few years, but he can foresee the field of robotics materials taking off in all directions for a huge range of applications. “There are more elegant solutions than how people have solved these problems before, and it comes from making and more talking,” he says.