Found: The Oldest-Known Oxygen In The Universe 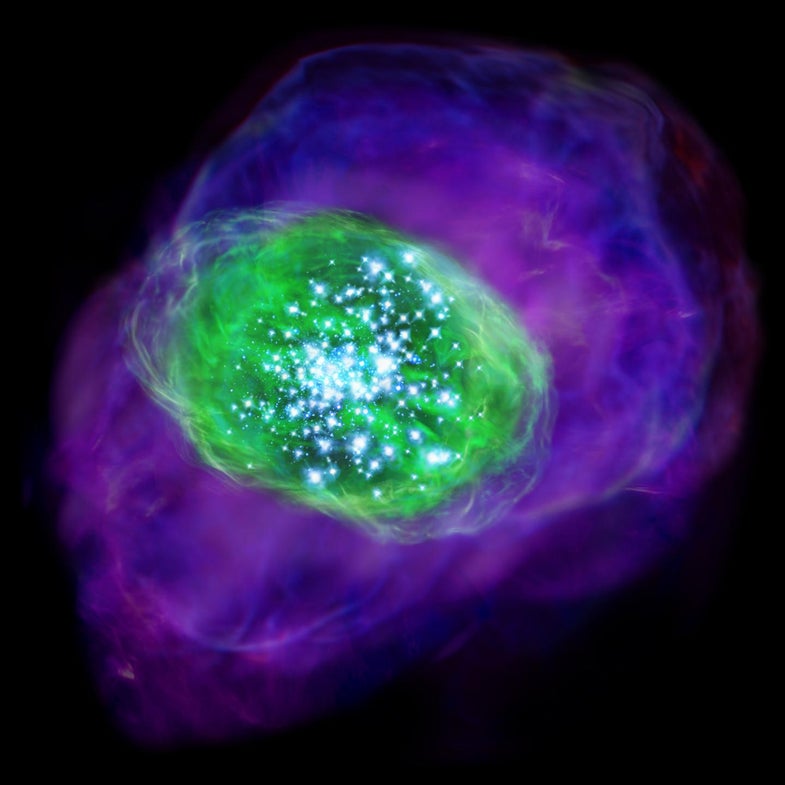 Scientists have pinpointed the most ancient oxygen yet discovered in the universe. Spied by the Atacama Large Millimeter/submillimeter Array (ALMA) telescope in Chile, the oxygen is nestled in a galaxy 13.1 billion light-years from Earth. Called SXDF-NB1006-2, this galaxy is one of the oldest known.

Discoveries like this help scientists gather more information about when life-sustaining elements first formed after the Big Bang.

Any elements heavier than hydrogen, helium, and lithium are formed by nuclear fusion in stars. Our observations of SXDF-NB1006-2 capture what it looked like 700 million years post Big Bang. So for the galaxy to host oxygen, it must have had stars for some time by that point.