For the love of God, please stop sticking things into your ear

Doctors are updating the guidelines on how to mind your earwax. Spoiler alert: Q-tips and ear candling are still bad for you. 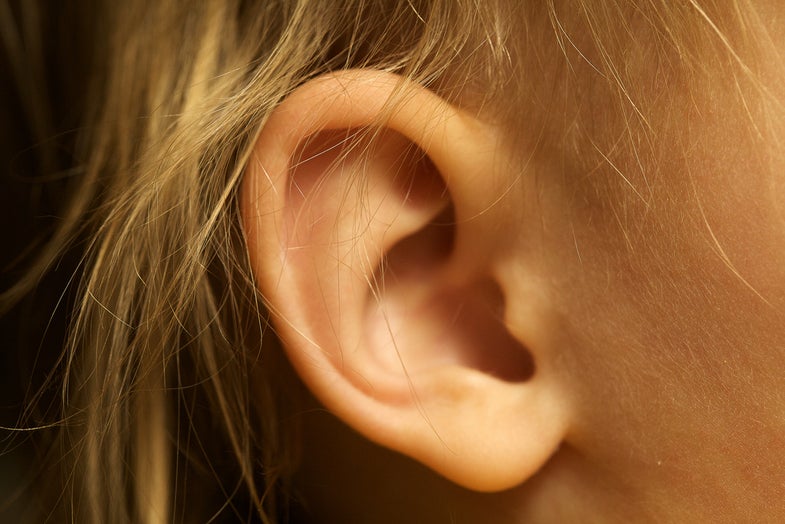 You heard it here: The shape of your ear is just as distinguishing as your fingerprints; no two ears, even on the same person, are alike. Startup Descartes Biometrics has come up with an app that can identify smartphone users by the way they press their phone to their ear and cheek—though its less-than-consistent recognition means that perhaps this particular app isn't yet ready for prime time. Travis Isaacs/Flickr, CC BY 2.0
SHARE

Every now and then, doctors update their “best practice” guidelines based on new research and new problems that come up. On Tuesday, the American Academy of Otolaryngology released their latest thoughts on earwax.

For the most part, the rules for ear doctors haven’t changed much since the last ones came out in 2008. But the new guidelines explain how doctors should treat certain ear issues, and how to respond to stickier earwax problems. It also includes some helpful guidelines on how you, the patient, should take care of your ears.

One notable change, says Seth Schwartz, chair of the guideline update group, is that the “ear candling” is now called out specifically as something patients definitely should not do.

The alternative medicine practice of ear candling, which uses a hollow candle to (supposedly) pull earwax out of the ear, doesn’t actually work—and it can damage your ear canal and eardrum.

The guidelines’ overall message to patients is simple: STOP STICKING THINGS INTO YOUR FREAKING EARS. If this directive comes as a surprise to you, it’s probably because your eardrums were already too damaged for you to hear your doctor’s pleas.

And let’s just make one more thing clear: earwax isn’t dirty. It actually helps keep your ears clean by trapping dust and dirt. If left alone, new wax will usually push out old wax, and you won’t have any problems. But sticking things like Q-tips, paper clips, hair pins, and other random crap into your ear usually just pushes earwax deeper inside, blocking off parts of the ear canal and potentially damaging your hearing machinery.

“When people stick Q-tips or other foreign objects into their ears, they can traumatize the skin, allowing bacteria to get in and cause painful infections,” says Schwartz.

In general, he says, the best way to clean your ears is to just wipe off the outside after showering—when the hot water has loosened things up a bit.

Here is a complete list of things that you should not do to your ears, according to the guidelines. Don’t:

If you’re experiencing ear pain, bleeding, ringing ears, or having problems hearing, these symptoms may be caused by earwax blocking your ear canal. Leave the Q-tips alone and go see a doctor.