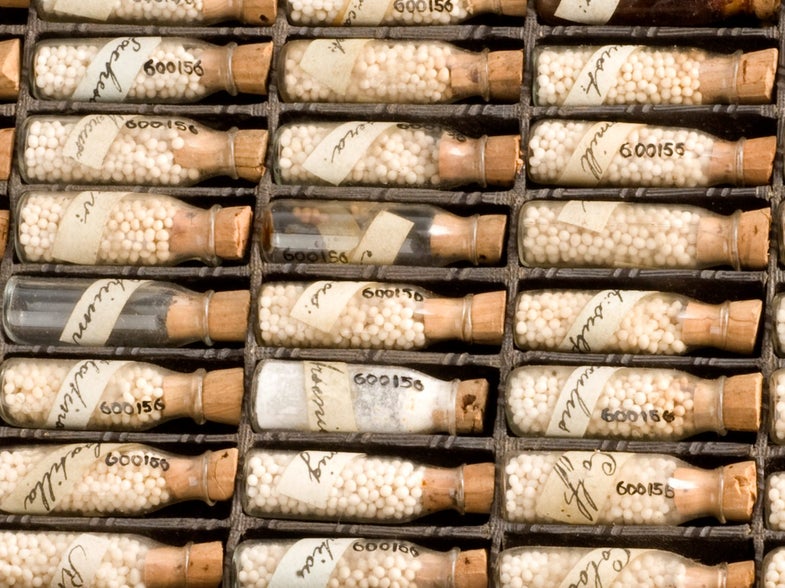 Homeopathy–an alternative theory of medicine founded on the notion that “like cures like”–has so far gotten a free pass in the U.S. Although studies suggest homeopathic treatments don’t work, the FDA allows them to be sold without testing and without approval from regulators. This week, the agency is re-evaluating that stance. Over two days of hearings, the FDA will listen to public comment as to whether homeopathic remedies should be tested with the same rigorousness as regular over-the-counter drugs.

At the heart of homeopathic medicine are two notions that are not based upon science: the first is that a disease can be cured by a substance that produces similar symptoms in healthy people. The second is that lower doses of a substance produce greater effects. The National Institutes of Health note that “several key concepts of homeopathy are inconsistent with fundamental concepts of chemistry and physics,” and that “many homeopathic remedies are so diluted that no molecules of the original substance remain.” 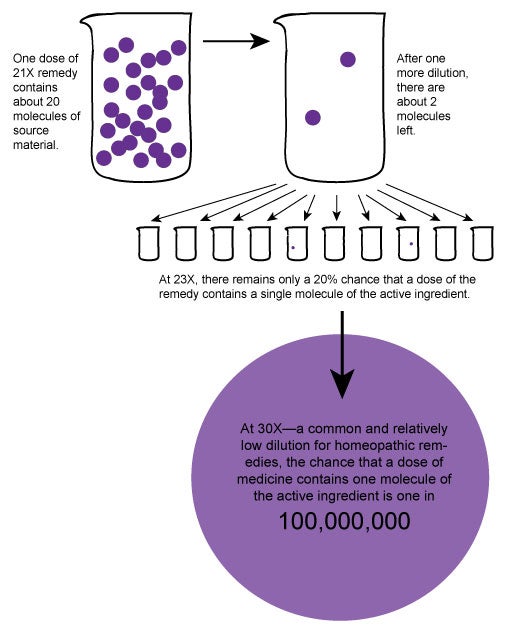 “Homeopathy is an excellent example of the purest form of pseudoscience,” Steven Novella, a Yale neurologist and editor of the website Science-Based Medicine, tells NPR

People who use homeopathic remedies swear the treatments work. So what’s the big deal?

For one, homeopathy is a growing market. A 2007 survey estimated that 3.9 million adults and 910,000 children used homeopathic remedies, shelling out upwards of $2.9 billion.

“Several key concepts of homeopathy are inconsistent with fundamental concepts of chemistry and physics.”

More importantly, these untested treatments can put peoples’ lives at risk. Like other drugs, homeopathic remedies can have harmful side effects. But the bigger danger is that these treatments likely do not work beyond the placebo effect. “If it’s not effective, it’s not safe,” Stephen Barrett, who operates the fraud-busting site Quackwatch, told Bloomberg. Asthma patients, for example, could face life-threatening attacks if they choose to rely on unproven homeopathic treatments rather than prescribed treatments.

After the hearings today and tomorrow, the FDA will assess the risks and benefits of homeopathic remedies, and decide what–if anything–it’s going to do about it.