The trees not only filter waste, but benefit from the extra nutrients. 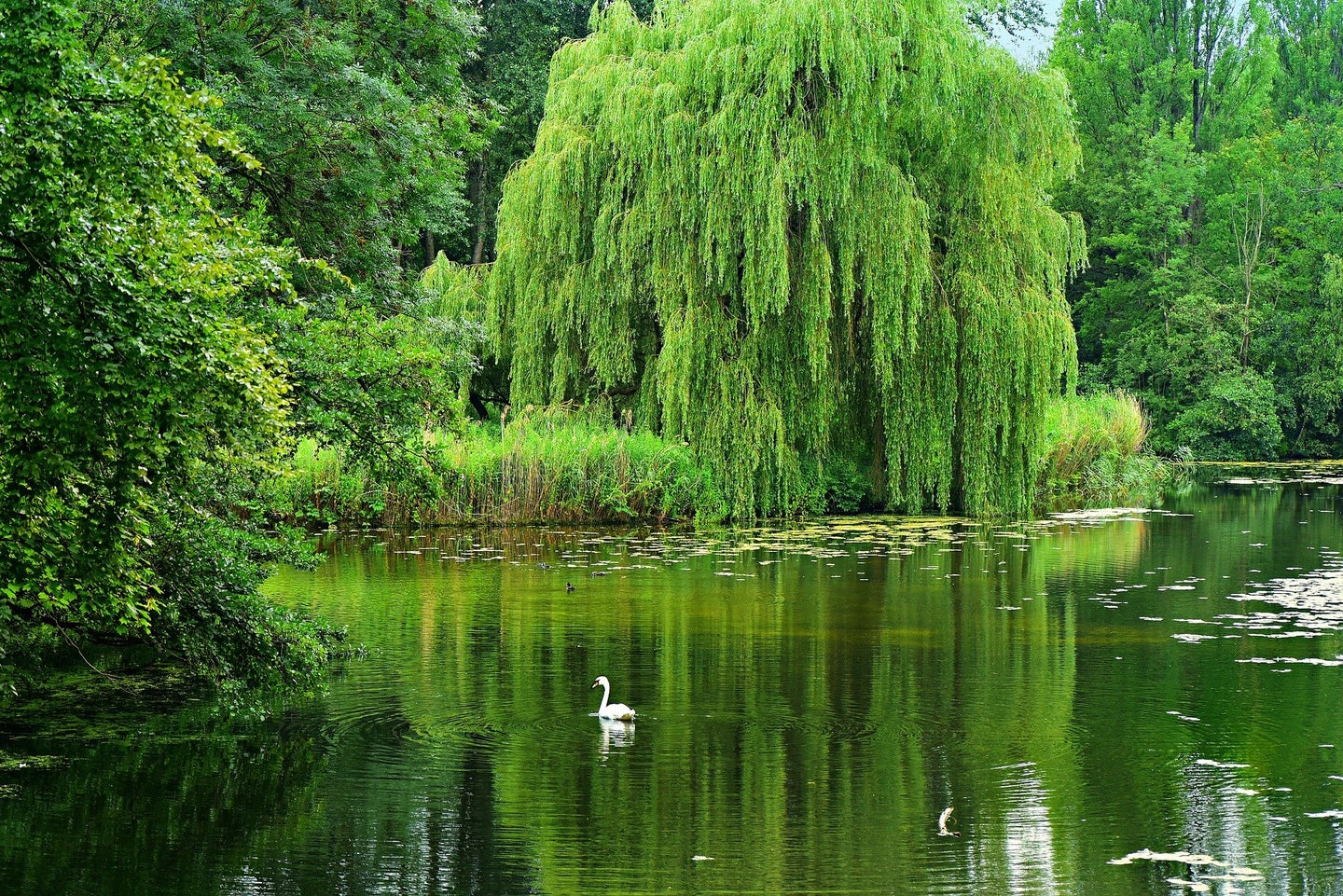 Just like most everything else in our day-to-day life, the climate crisis is stressing storm drainage systems and wastewater management—especially in large cities. As intense rainfall and flooding increase for many coastal areas, all that access water overwhelms municipal stormwater management systems. This can lead to backups where runoff of “contaminants such as trash, nutrients, sediment or bacteria into local waterways” which lowers water quality and even threatens drinking water supplies according to the U.S. Environmental Protection Agency.

There’s a lot of water to process and clean up in North America alone. Canada treats and releases six trillion liters (more than 1.5 trillion gallons) of municipal wastewater into the environment every year. Another billion liters of untreated sewage is then discharged into pristine surface waters when storms overtax systems and facilities, leading to water contamination. Water treatment facilities in the United States process over 34 billion gallons (over 128 million liters) every single day, the EPA reports.

But, the question remains, is the way we are currently treating wastewater the best way to go? A team of researchers from various universities in Canada and the United Kingdom may have found a sustainable solution—planting willow trees. The group investigated a plantation of willow trees in Quebec and found that the lovely, weepy trees were able to filter over 30 million liters of primary wastewater per hectare in the course of three years. They published their findings in the peer-reviewed journal Science of The Total Environment.

“We’re still learning how these trees can tolerate and treat such high volumes of wastewater, but willows’ complex ‘phyto’-chemical toolkit is giving us exciting clues,” Eszter Sas, lead author of the study and a Ph.D. student at Université de Montréal said in a release. “It seems likely that we’re still only scratching the surface of these trees’ natural chemical complexity, which could be harnessed to tackle environmental problems.”

Frédéric Pitre, one of the senior authors of the study and a professor at the Université de Montréal explained that the team was excited to see how effective the willow trees were at filtering the wastewater. The researchers used an irrigation system to bring the water to the trees for observation.

[Related: Simple filters made from conifer trees could have a huge impact on the clean water crisis.]

“We installed probes beneath the trees to see if there was some leaching of the wastewater and all of it was captured by the trees … that’s really impressive,” he says.

So should we start switching from modern treatment facilities to acres upon acres of trees? While this research probably isn’t ready to take on our sewage system just yet, planting more willow trees has more benefits than just their ability to clean up our waste, Pitre says.

“We can say that yes we’re growing trees instead of growing something else but we can also take advantage of that to produce something of increased value,” Pitre says. “It creates an environment for birds and insects … it increases biodiversity and cools down the area—it makes green islands instead of heat islands.”

The United Nations estimates that more than 80 percent of wastewater generated from human activity is discharged untreated into the ecosystem, leading to all sorts of public health dilemmas across the globe. To combat this, researchers like Pitre hope that their research can lead to experiments and findings with other plants that are well suited for treating wastewater across many climates—including tropical.

Beyond just filtering water, the willow trees produced extractable ‘green’ chemicals produced by the trees that were enriched through the sewage filtration process. These chemicals were found to have “significant antioxidant, anticancer, anti-inflammatory and anti-microbial properties,” the researchers found.  These chemicals could be used to replace what is a mostly petroleum-based chemistry industry with renewable bioenergy and green chemistry.

Now, Pitre and his team are venturing past just our waste into even tougher-to-clean industrial waste, to see how the ancient species of tree hold up.

“We are pretty convinced that wastewater can be efficiently treated [with willow trees],” Pitre says. “We’ve expanded our reach, we are trying to see if the willow trees can also clean up more industrial related waste contaminated water … for example looking into emerging contaminants—that’s where the research is going now.”