What the Colorado River’s record lows mean for western US

New drastic cuts are implemented in the western United States, as the water level of the Colorado River hits dire lows. 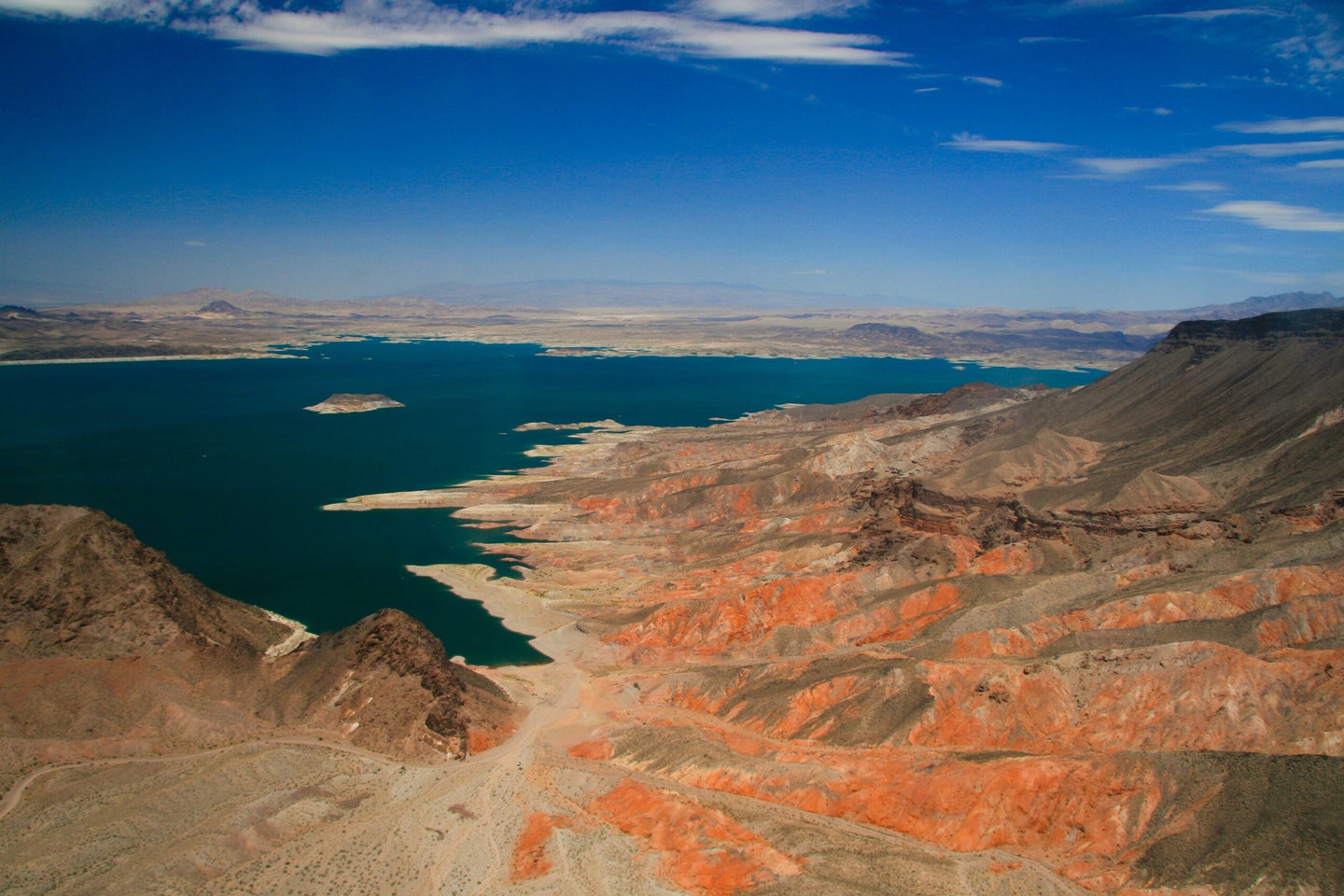 Amidst a 22-year drought, Lake Mead in Arizona and Nevada is only a quarter full. DepositPhotos
SHARE

Amid a historic 20 year mega-drought in the southwestern United States, the Department of the Interior announced this week that urgent actions aimed to improve and protect the long-term stability of the Colorado River System are needed. The watershed supplies water for upwards of 40 million people in the western United States and Mexico. According to the Colorado River Basin August 2022 24-month study, the two largest reservoirs in the region—Lake Mead and Lake Powell—are only about a quarter full.

On Monday, the seven basin states—Arizona, California, Colorado, Nevada, New Mexico, Utah and Wyoming—missed a deadline set in June by the U.S. Bureau of Reclamation to reach a voluntary agreement on how to reduce water use in the region by 2 million to 4 million acre-feet, or up to a third of the Colorado River’s annual average flow.

[ Related: “The numbers show just how devastatingly dry the Western US is right now” ]

“The worsening drought crisis impacting the Colorado River Basin is driven by the effects of climate change, including extreme heat and low precipitation. In turn, severe drought conditions exacerbate wildfire risk and ecosystems disruption, increasing the stress on communities and our landscapes,” said Deputy Secretary Tommy Beaudreau in a press release. “The Biden-Harris administration is taking an all-of-government approach to mitigating the drought, and the Interior Department is committed to using every resource available to conserve water and ensure that irrigators, Tribes and adjoining communities receive adequate assistance and support to build resilient communities and protect our water supplies.”

Despite the shortage, residents in Arizona and Nevada do not face bans on lawn watering or car washing yet, but the states will face cuts in the amount of water that they can draw from the Colorado River. Of the impacted Western states, Arizona will face the largest cuts—592,000 acre-feet—or about 21 percent of the state’s yearly allotment of river water. Nevada will see cuts of eight percent and the nation of Mexico by seven percent. California will not be impacted by this shortage designation.

The Department of the Interior projects that the Colorado River will operate in a Tier 2 shortage condition for the first time in history in January 2023. A Tier 2 shortage will be triggered if Lake Mead’s water level will be below 1,050 feet above sea level. It will mean that Arizona, Nevada, and Mexico will have to further reduce their Colorado River use even more beginning in January.

[ Related: “Lake Powell’s drought is part of a growing threat to hydropower everywhere” ]

According to reporting from the Associated Press, farmers in central Arizona will be bareing the brunt of the restrictions on drawing water. More farmers in the area likely need fallow the land. Fallowing means setting aside farmland for one to five years before planting again. Some of the regions farmers have been paid to fallow, and they may also need to continue to store more water in underground basins and rely on ground water, grow more water-efficient crops, and find other ways to use less water.

The Central Arizona Project supplies water to Arizona’s major cities and announced that it will no longer bank river water or replenish some groundwater systems in 2023 because of the federal cuts. Other large cities such as Las Vegas, Phoenix, and Tucson, and Native American tribes are shielded from the first round of cuts.

According to a letter to the Bureau of Reclamation from Southern Nevada Water Authority (SNWA) General Manager John Entsminger, Nevada has already made some progress by cutting its metropolitan water usage, banning non-functional turf, and paying people for years to remove water-intensive lawns, but agriculture must also be part of the conservation equation.

While city and industrial usage aren’t seeing cuts now, it is an absolute possibility in the future.

“The system is approaching a tipping point, and without action we cannot protect the system and the millions of Americans who rely on this critical resource,” said M. Camille Calimlim Touton, commissioner of the Bureau of Reclamation, said during a news conference. “Protecting the system means protecting the people of the American West.”