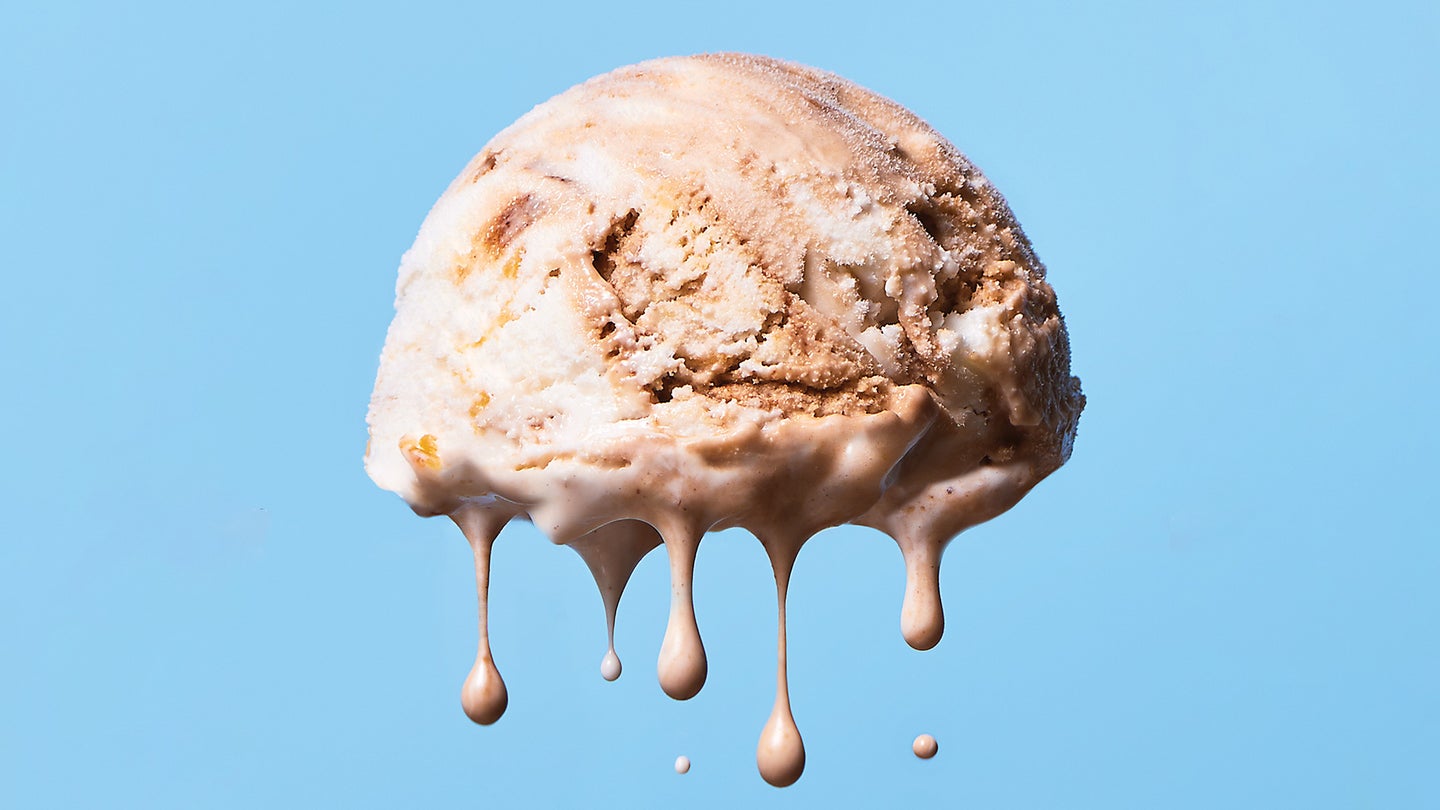 This could be the milkiest vegan ice cream ever

NOTHING HITS quite so good as a cone full of ice cream on a sweltering summer day. Alas, that single serving of classic vanilla may cool you off, but it has the exact opposite effect on the Earth. The dairy industry accounts for a massive 3.5 percent of the world’s carbon dioxide emissions, and the nation’s 8.8 million cows are a huge source of the planet-warming gas methane.

A generous helping of Brave Robot’s cool confection—may we suggest the Raspberry White Truffle?—is different. Although it is every bit as delicious as a bowl of your favorite melty treat, it doesn’t involve our bovine pals at all.

The vegan recipe starts with a milk substitute created by Perfect Day. The California startup skips the udder by adding cow DNA to a prolific strain of a fungus called Trichoderma reesei. Give those modified microbes a little sugar and a stint in a fermentation chamber and they churn out a mixture of dairy proteins, including casein and whey, that are molecularly identical to those that give products made with regular old moo juice their wonderful consistency. From there it’s simply a matter of adding a bit of water and some plant-based fats to create creamy goodness that requires no animals at all.

Perfect Day’s research found that its process generates 85 to 97 percent fewer greenhouse gas emissions than conventional dairy production. It also doesn’t use any of the hormones or antibiotics (or, for that matter, land) needed to keep that immense livestock machine running. You won’t find any lactose or cholesterol, either.

Frozen treats in scrumptious flavors like Hazelnut Chocolate Chunk and Oregon Strawberry ship nationwide from the Brave Robot, Nick’s, Graeters, and Smitten creameries. But that’s just the start of Perfect Day’s delectable plan. Because its synthetic milk provides the same taste and texture as the real thing and is a true one-to-one substitute in the kitchen, it could play a starring role in eco-​friendlier butter, yogurt, and even the elusive wonder that is cheese.