This dashing tropical sea slug just showed up in the UK

At no more than two centimeters long, it's also a wee slug. 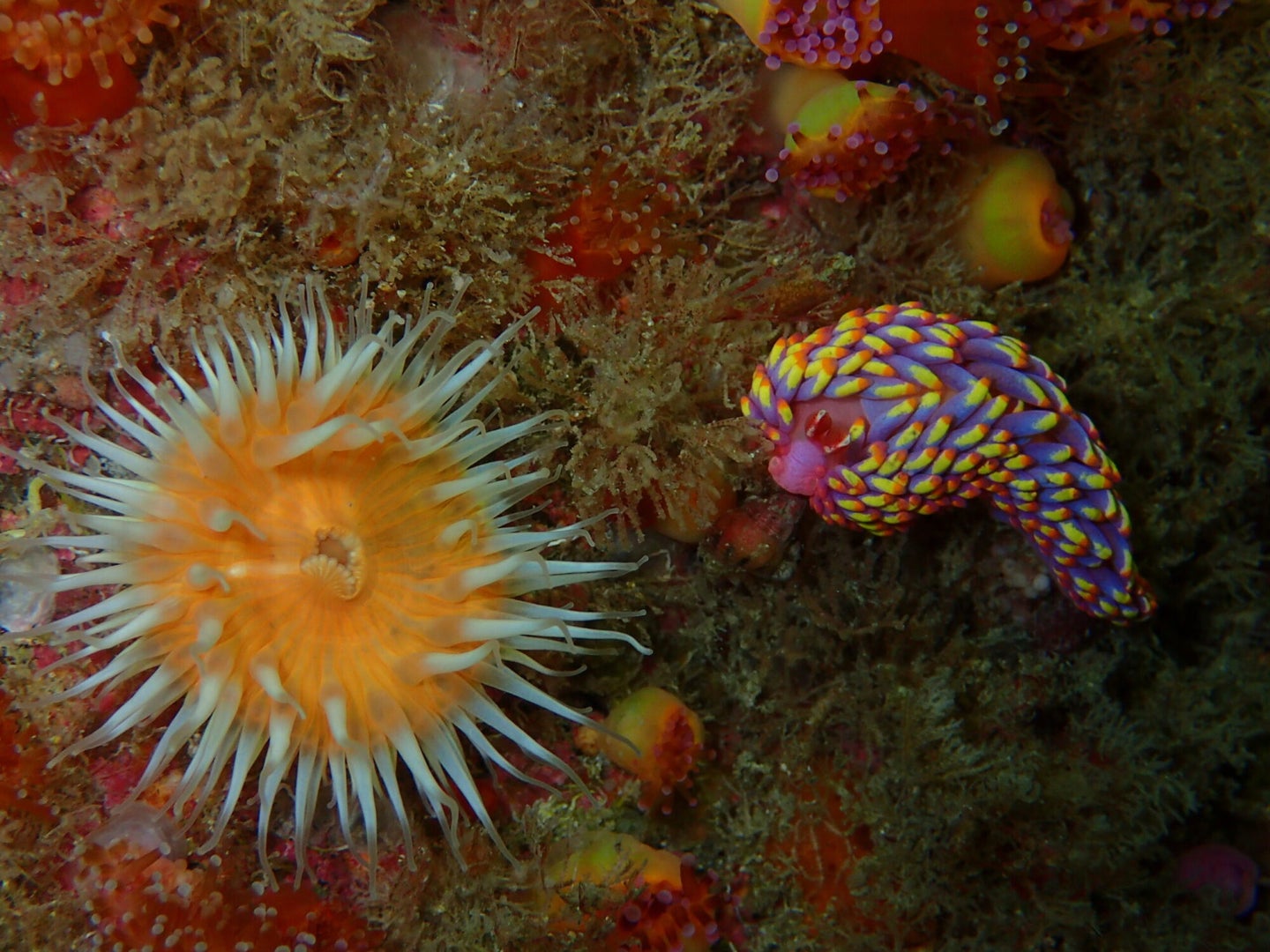 When it comes to bright and exotic sealife, places like the Caribbean, the Mediterranean, or Australia may come to mind with their rich, diverse, and colorful creatures. But one particularly stunning and rare creature has made a surprising new home—off the coast of the United Kingdom.

A volunteer diver named Allen Murray was recently exploring an area near the uninhibited rock island of Melledgean in the Isles of Scilly when he discovered the kaleidoscopic sea slug called Babakina anadoni.

The animal is tiny: It only reaches about two centimeters in size. But what it lacks in length it more than makes up for in vibrancy–it’s a brilliant shade of purple, covered with sensory organs and other structures in shades of bright yellow, pink, and blue.

This is unusual territory for an exotically patterned slug. The isles, located 28 miles off the coast of historic county Cornwall, are home to wildlife such as puffins, Atlantic Gray Seals, dolphins, and ocean sunfish, but this is the first time a specimen of Babakina anadoni has been found in the UK. The creature was first discovered off the coast of Northern Spain in 1979, and has since been found only a handful of times off the shores of Spain, France, and Portugal, as well as in the Bahamas and Brazil.

“It’s one of the prettiest sea slugs I’ve seen and, given it’s less than half the size of your little finger, it’s amazing Allen spotted it at all,” Matt Slater, Marine Conservation Officer at Cornwall Wildlife Trust and coordinator of the Seasearch program for Cornwall and the Isles of Scilly said in a release. “There’s still so much out there that we don’t know about our marine environment. Records like this from our Seasearch divers are vital in helping us understand and better protect our seas.”

The multicolored beauties are part of the nudibranch family, which includes 2,000 or so varieties of sea slug that thrive at the bottom of shallow, tropical waters. These creatures have no shells, sport dramatic hues on their skin, and can vary in size from a quarter of an inch to 12 inches long.

Worldwide, there are only three other known species of Babakina, which have been spotted in the Indo-Pacific region and the coasts of New Zealand and California. What the typically warm-water dwelling slug is doing in cooler British waters is still up for interpretation, but it certainly wouldn’t be the first time a sea creature has recently been found farther north than usual.