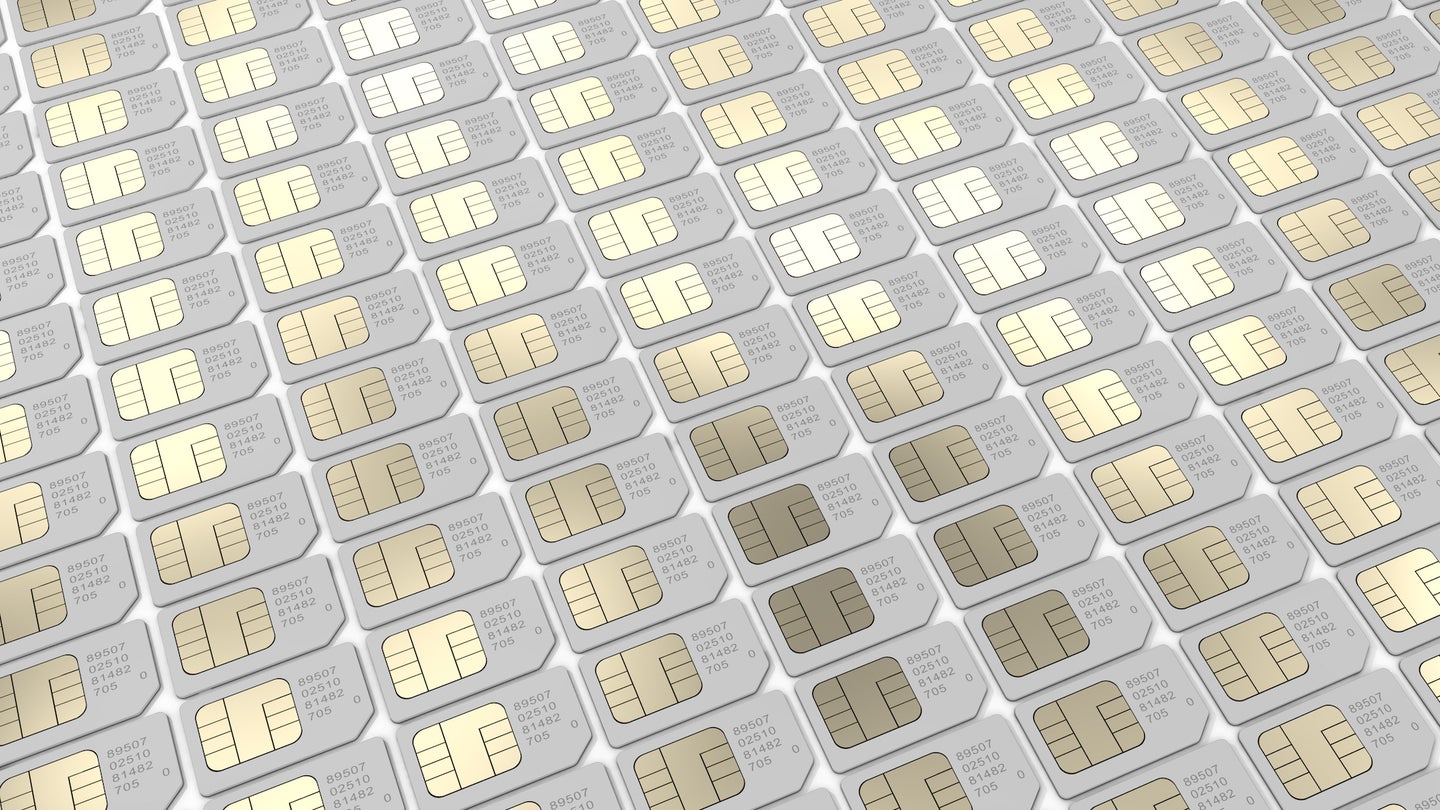 The gold in those tiny SIM cards could be an ample source of recyclable metal. Deposit Photos
SHARE

Chemists are paving a road to recycle discarded SIM cards, not for electronics, but for medicine.

SIM cards, which allow your phone to connect to your network provider, contain bits of nickel, copper, silver, and gold. Now, researchers at Imperial College London and the University of Cagliari in Italy have discovered a low-impact way to recycle gold from this electronic waste, and reuse it in chemical reactions for drug manufacturing. The process could help save e-waste from landfills and also reuse precious metals that would otherwise have to be mined. Their findings were described earlier this month on December 9 in the journal ACS Sustainable Chemistry & Engineering.

“I think that if we can find better ways to use the waste that we generate and recover the metal, then we don’t have to rely so much on mining,” says James Wilton-Ely, the lead researcher of the study and a professor of chemistry at Imperial College London. “It also helps us solve the waste problem that we have, which at the moment is piling up.”

To develop a recycling method, the researchers first bought a bag of 200 used SIM cards off of Ebay. Then they ground up the SIM cards, stripped the plastic, and recovered the base metals, such as nickel and copper. Then, in order to extract the gold, they used a green, safe reagent called a sulfur ligand, a molecule that attaches to a central metal atom. What they were left with was a gold compound—but gold in this form isn’t reusable in electronics. The SIM card’s gold compound can’t be returned to the pure metal gold without processing it further, which is energy intensive. This means the cards couldn’t be recycled into more electronics.

“It is not viable economically to convert that gold recovery product into new circuit boards or new SIM cards,” Wilton-Ely says. “But instead, we found a different use for it.”

[Related: Inside the high-powered process that could recycle rare earth metals]

Rare metals, such as gold, can also be catalysts for speeding up chemical reactions that help create useful compounds, such as pharmaceutical compounds. Gold nanoparticles, for instance, have been studied as catalysts for industry since the 1980s. So, the team from Imperial College London tested whether the gold compound recovered from the SIM cards could be used to increase the rate of chemical reactions commonly used in the manufacturing of drugs. The compound could be employed as a catalyst to make a number of pharmaceutical drugs, like the anti-inflammatory pain-relief drug Diflunisal, and the arthritis anti-inflammatory medication Oxaprozin. While the researchers haven’t yet used the recycled gold compound to produce any actual drugs, the process shows an alternative use for this discarded e-waste.

“We’re now realizing that you don’t have to just convert everything back into what it was used for originally,” Wilton-Ely says.

Currently, many catalytic reactions use precious metals, including gold, platinum, iridium, and palladium that are mined, which takes a lot of energy and produces pollution. The metals are also only found in a few places on Earth and can be tricky to extract depending on geopolitical factors. For instance, Russia is a major producer of palladium and nickel, which can experience market disruptions if trade sanctions are imposed.

[Related: Your old computer could be a better source of metals than a mine]

And dumpster diving for electronics could prove to be a boon for essential metals—giving a second life to our disposed devices. “By weight, a computer contains far more precious metals than mined ore, providing a concentrated source of these metals in an ‘urban mine,’” says Sean McCarthy, a Ph.D. student leading the research in the lab at Imperial College, in a press release.

The research team’s recycling process isn’t limited to SIM cards. Scientists can apply this method to recycle circuit boards and printer cartridges as well, the authors say. While the team is exploring more applications, pharmaceutical companies haven’t yet come knocking for the research. Gold is still only starting to be employed in the design of pharmaceutical drugs. But Wilton-Ely says it’s only a matter of time.

“The adoption of what we’re doing at the moment, I’m sure will happen,” says Wilton-Ely. “But it will be in the future once the benefits of gold-catalyzed reactions make it into the design of pharmaceutical plants.”

*Correction (December 20, 2022): This story has been updated to link to a study and fix the phrasing of gold nanoparticle use in catalytic reactions in industry.