This rare blue diamond is practically a miracle of nature 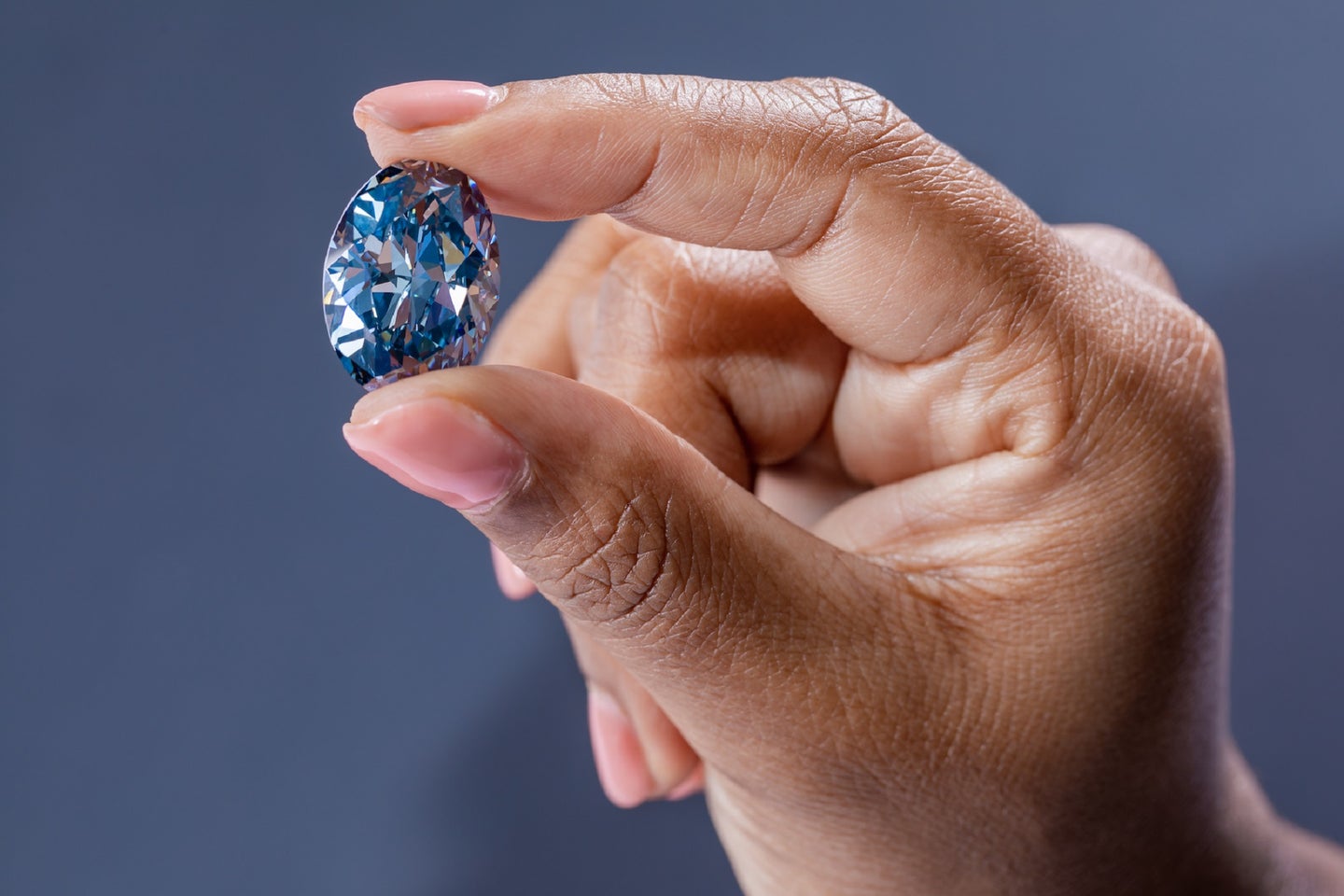 Unearthed in the largest mine in Botswana, the Okavango Blue Diamond is on display to the public for the first time. Courtesy of the Okavango Diamond Company
SHARE

The industry term for naturally colored stones is “fancy,” which makes this rare, 20.46-carat Okavango Blue Diamond from Botswana a “fancy deep blue.” But even that might be an understatement for a gem that stands out from 99.98 percent of all other mined diamonds.

The unusually large diamond, which was revealed at a new exhibit at the American Museum of Natural History in New York City last week, is about the size of an almond in its shell. It was likely formed more than 415 miles underground, beneath a part of the inner Earth called the transition zone. The stone surfaced in May 2018 in Botswana’s Orapa mine, and was found by the Okavango Diamond Company.

But what’s most immediately striking about this gem is its hue: It gets its azure glow from boron that originated in seawater. Usually, diamonds contain a higher amount of nitrogen than boron, because nitrogen is more abundant in the environment and boron doesn’t typically exist deep in the Earth where the minerals form. But the Okavango Blue flips the script by containing a higher proportion of boron to nitrogen.

So how did element no. 5 get fused into this diamond? The ocean contains boron, which gets recycled into the bedrock and Earth’s mantle through a process called subduction. When a tectonic plate in the ocean naturally collides with a continental one and slides underneath it, boron gets driven deeper down into the transition zone. The traces get buried over time, and can eventually end up in a diamond.

“This is another piece of evidence to support our interpretation of how the planet works,” says George Harlow, a geologist and curator for the American Museum of Natural History’s Halls of Gems and Minerals.

Scientists have only learned about subduction in the past 50 years, Harlow says, so this theoretical idea behind the Okavango Blue’s formation further builds on our early understanding of a major planetary process. Still, the exact reason for the diamond’s chemical composition eludes mineralogists. “We don’t really understand why the nitrogen is so low,” says Harlow. Diamonds with higher amounts of nitrogen take on a yellowish color, so the near-flawless Okavango is a whopper of a find.

Until the industry comes up with a more apt term for such a stellar gem, “fancy” will have to do for the Okavango Blue.