Nature remains one of humanity’s most important relationships. 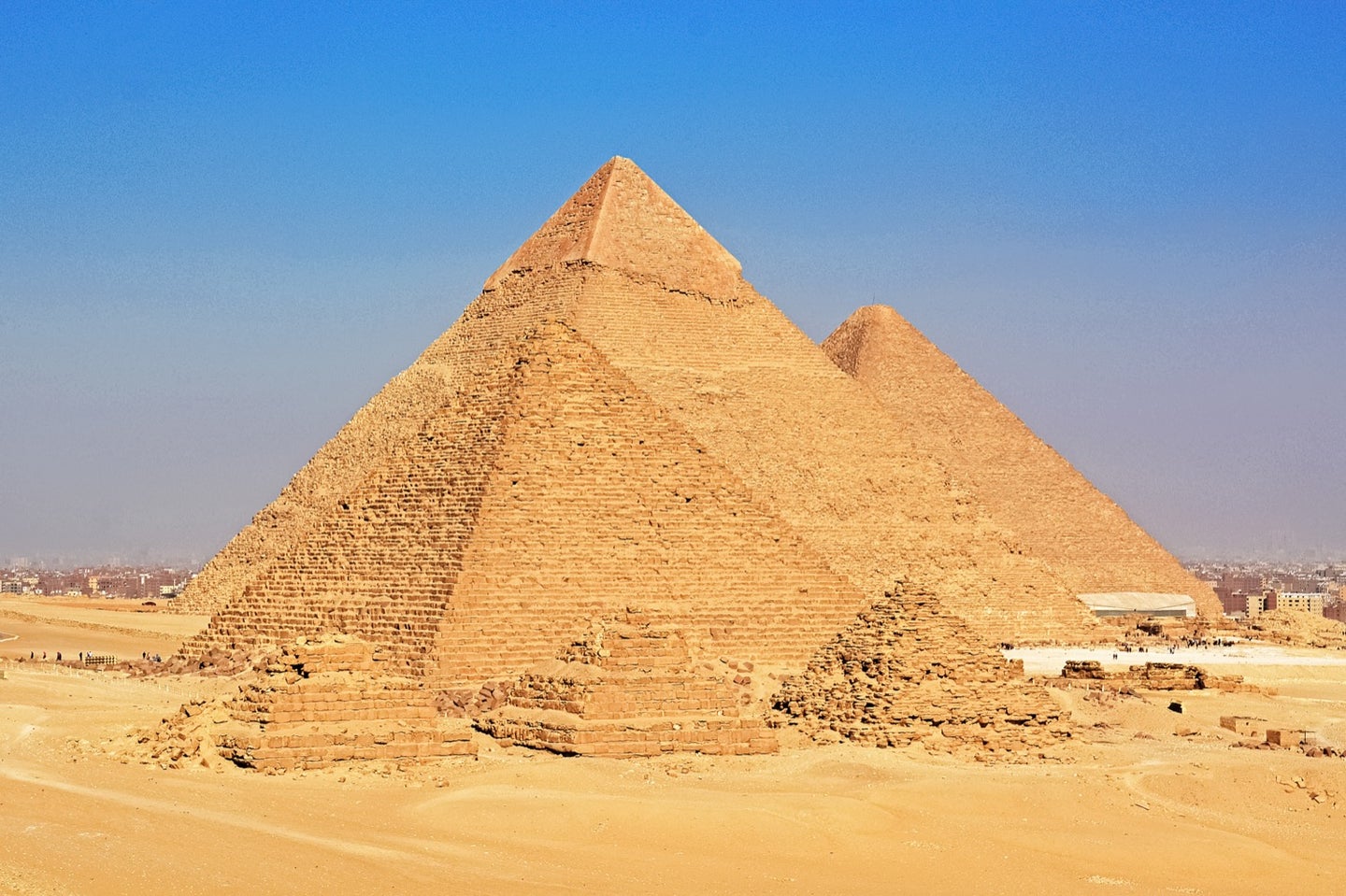 To understand what environmental issues lie ahead for our warming planet, geographers often look back to the past for answers. A new study published on August 29 in Proceedings of the National Academy of Sciences details how the landscape of ancient Egypt allowed them to create the pyramids of Giza—one of the most iconic human-made phenomenons in the world. On a now-dried-up arm of the Nile River called the Khufu branch, the study authors found that people needed the waterway to transport tools and other materials such as stones and limestones to the Giza Plateau for pyramid construction. The Nile was a vital resource not only for transportation, but for food, land for farming, and water for ancient Egypt, explains Sheisha Hader, a physical geographer at the Aix-Marseille University in France and lead author of the study.

“Good [Nile] levels promised stability [to] the ancient Egyptian society,” Hader says. “By contrast, the drought as a result of low Nile levels would be catastrophic and a reason for social unrest and sometimes, civil wars.”

In May 2019, Hader and the team studied pollen grains taken after drilling the land next to where the Khufu branch of the Nile once stood. Two of the study sites were in the supposed Khufu basin. About 109 samples dating between the Predynastic and Early Dynastic-Old Kingdom periods were collected for analysis and divided into different groups based on seven vegetation patterns. The vegetation patterns combined with other data sets involving nearby volcanic activity that could drive weather changes, solar radiation, and African water levels at the time, helped the geographers trace back changing water levels and painted a picture of how the climate looked over the last 8,000 years in Egypt. This timeline encapsulated the dates when the three pyramids of Giza—Khufu, Khafre, and Menkaure—were estimated to be completed, between 2686 and 2160 BCE.

Hader says she wasn’t as much surprised but rather in awe of the “clever old kingdom’s engineers who could thoroughly harness their environment and the Nile dynamics for turning the impossible into reality.” With the river, she says the ancient Egyptians were capable of designing a harbor on the edge of the desert where the small Khufu channel would drive in water without the risk of flood. “They dredged the floodplain on the western part of the channel and let the water flow, and the ships navigate to provide the logistic supply for builders.”

Joseph Manning, a professor of classics and history at Yale University says that, before this study, how water got to the Giza pyramids was not well understood. “We’d known there was water that came pretty close to the Giza Plateau, which is how they’re getting stone from the Tura quarries [the Egyptians’ main source of limestone] across the river over to Giza,” he explains. “I thought they were building canals that connected, but it looks like it’s a natural river channel.“

Manning says that finding natural river features frames how humans interacted and took advantage of their environment, creating not-so-simple projects like the pyramids. However, one concern he points out in the study is how the researchers analyzed the data on volcanic eruptions during that time period. Their findings suggest volcanic eruptions played a major role in fluctuations in the Khufu branch, which in this case, led to a decrease in Nile summer flooding. “Just because you have a volcanic sequence doesn’t necessarily tell you anything about Nile conditions,” he explains. For instance, some large eruptions in high latitude regions, such as Iceland or Alaska, have been known to impact the East African monsoon—which can change the water levels on the Nile. But not every eruption has an effect, Manning says, explaining that that other factors such as the time of year, location, and the scale of the eruption will affect monsoon responses in the Middle East, instead.

[Related: There’s apparently a giant void in the Great Pyramid. Here’s why we don’t know what’s in there.]

Christophe Morhange, an expert in geomorphology at Aix-Marseille University and senior study author, says the study goes beyond knowing the origin of these massive monuments. “It’s also the human imprints on the environment [and] the importance of landscape archaeology.”

The rise and fall of the ancient Egyptian empire was hinged to changes in the Nile, explains Hader. Looking back on a society that rose to power by tapping into the local ecosystem can teach/inform climate scientists today.

It’s important to know how “the path of their history and how the environment could direct a flourishing empire like the old kingdom,” Hader says. “[But] the climate-environmental change being the same reason for which the empire collapsed is a crucial point to understand if we want to face our present and future environmental challenges.”