Which 2008 blockbuster's science is the best? 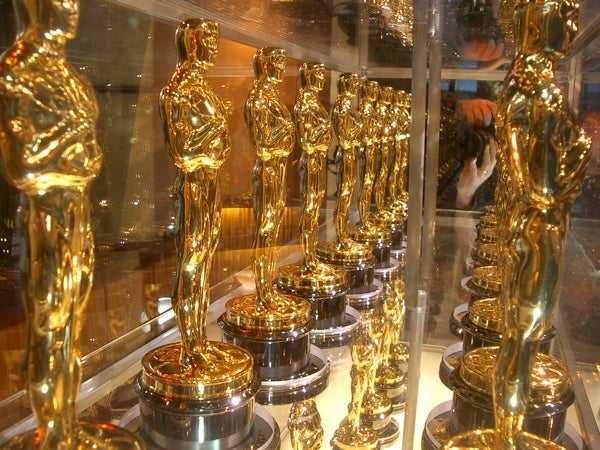 The Academy Awards are nearly upon us, and this year we’ve got three films nominated in multiple Academy categories, each of which also fits the bill for our own PopSci Movie Science Awards. These distinguished nominees consist of the 2008 blockbusters The Dark Knight, Ironman, and Wall-E. Each of these movies, enveloped in their superhero/science fiction-esque and/or computer graphic wrappings, give those of us so inclined a springboard into discussing and analyzing a little bit of Hollywood science.

Remember, kids, this is intended to be fun. We’re not here to offend those who repeatedly remind me that “it’s only a @&*#* movie!” We promise not to recklessly poke holes in some obvious fantasies — I mean it would be pretty silly to criticize the physics of the computer animated Wall-E — so our program will be to assess how each of these movies can be used as an educational tool. What relevant scientific ideas are brought up? How interestingly are these presented? Are there any particularly vivid or accurate representations of some fundamental scientific principle? And what are the standard Hollywood misrepresentations demonstrated by our three nominees?

Now let’s summarize each film for its salient features before awarding our hopeful nominees. Ready? Set. Here we go!

As far as the science goes, we’ve discussed in a controversial previous article on this site a number of action sequences where we apply some “movie physics” analyses. The general conclusion is that the scenes are typical of the high-octane action/superhero genre and demonstrate the characteristic Hollywood extended unreality.

However, an interesting variation on the usual fare includes the use of actual Batmobile prototypes in the filming. These were designed for high performance and are used in many of the stunts, rather than being simulated with computer graphics technology.

Furthermore, although it would be an understatement to point out that there are some big explosions in The Dark Knight, it’s kind of refreshing that these explosions don’t occur every time a car crashes (not that there aren’t a prodigious quantity of automobile collisions throughout the movie).

The exploding car has become a rather silly Hollywood cliché. Watch the Mission: Impossible movies or a James Bond film. Almost every time a car crashes or gets nicked by a bullet it explodes. It becomes rather irritating after a while. How hard is it for a car to really explode? Well, it’s really hard. A specific ratio of gasoline vapor to liquid within a very small range is required — and a spark. And if you think a bullet fired into the gas tank will do the job, check out Mythbusters. Anyway, congratulations to The Dark Knight for some restraint in this area at least.

Arguably the most interesting scientific application woven into the plot of the film involves the use of cell phone technology. While using these as radar-like imaging devices (as they do to map out the interior of Mr. Lau’s office building) would have some serious technological difficulties, eavesdropping by intercepting cell phone transmissions and remotely activating cell phone microphones, even when the phone is turned off, is possible and in fact has been used by the FBI for surveillance purposes.

Ironman has a lot of completely imaginary, but really cool, high-tech gadgetry, and it makes for a fun fantasy. Robert Downey Jr. plays Tony Stark with his characteristic sardonic humor, and although we’re not that impressed by the now-standard plot twist — “it’s not really the generic terrorists that are the bad buys but (gasp!) the evil multinational corporation (who saw that coming!?),” it’s overall a reasonably entertaining little ditty.

But what Ironman is really all about is energy (and of course that fancy suit) – how does he generate it? We’d like to know about that “arc reactor” technology. What we are told by Tony himself is that his original suit generates 3 gigajoules of energy per second. That’s pretty good, and interestingly, on the order of what’s produced by your typical nuclear power plant in nuclear fission reactions. We would imagine that there has to be some kind of nuclear reactor in that suit of his, although what he uses for fuel isn’t clear, and hopefully his reactor has some pretty good shielding or all of his friends are going to get cancer.

He does mention that he needs to collect 1.6 grams of palladium while constructing his prototype suit in the caves of Afghanistan. There are some (synthetic) radioactive forms of palladium, but can they “do fission”? Uranium would be a lot better. Unless…could Tony have perfected “cold fusion”!? In a completely unrepeatable experiment from over a decade ago, nuclear fusion was suggested to have occurred at room temperature (so-called cold fusion) when heavy water (the hydrogen atoms being of the deuterium variety) was placed between palladium electrodes.

Maybe Tony’s got a cold fusion reactor in there. You see? Food for discussion for the science geek and everyone else.

Tony’s reactor also uses a small amount of energy to power an electromagnet implanted in his heart. We are told that this keeps shrapnel out. It’s an interesting idea. However, unless we’re missing something, the electromagnet would probably draw the shrapnel in rather than keep it out. The electromagnet would induce a magnetic polarization in the shrapnel, aligning it in the same direction as the magnet’s field and drawing it in, in the same way a magnet attracts an initially unpolarized paper clip.

A few other items of interest to ponder:

Nice example of Newton’s third law. They seemed to have replaced the “repulsor” rays from the comic book with good old-fashioned rocket propulsion. When you push the fuel out of the suit, it applies an equal and opposite force back on the suit, propelling it in the opposite direction. And maybe that reactor provides sufficient energy to do the job. One troubling item, however: In order to generate sufficient propulsion to travel large distances like Ironman does in the movie, you’d have to force a lot of matter out of the rockets. To do this realistically would require airplane-sized fuel tanks. That would change the look of his suit.

Another alteration to Ironman‘s suit might be necessary as well. Several times, we see Tony become the victim of the “sudden stop” phenomenon so common in action movies. Notice how many times he crashes into the ground and various other objects at high velocity. What magnitude of forces would he experience during those rapid decelerations? Remember, Tony Stark has no super powers. Those crashes should be fatal. In order to reduce the acceleration you need to increase the time of impact. The illusion is that the suit protects him. It won’t, unless it’s filled with large air bags, in which case Ironman should look more like the Michelin Man rather than the sleek and streamlined superhero that we know and love.

On the next page: Wall-E, and the winners!

Finally we have the surprise movie-physics sleeper of the year, the animated Wall-E. In this little charmer, a robot is left behind on Earth for seven hundred years to clean up the mounds of man-made refuse covering the planet. Humans have deserted Earth aboard an interstellar cruise ship, awaiting a time when they can re-inhabit the planet. Although this is a cartoon and you might be wondering “what’s the point here?” there are actually two or three items in the film that lend themselves beautifully to scientific discussion.

When a probe ship comes to Earth to check for signs of life, Wall-E hitches a ride into space after falling in love with an attractive but temperamental little probe-bot named Eva. In an unforgettable scene of robot romance, Wall-E uses a fire extinguisher to not only do a little space-walk dance with Eva, but also to give us a beautiful demonstration of Newton’s three laws of motion. I’m not kidding. The beauty of the scene is that the physics is mostly dead-on accurate. When Wall-E sets off the extinguisher, he accelerates (2nd law) in the opposite direction to the exhaust (3rd law), and as soon as he shuts it down he continues to move at a constant velocity (1st law). If you watch the scene you can clearly see his speed changing while the extinguisher is blasting, and his constant-velocity motion when it isn’t. Really nice. Surprising detail.

Humans have been living for generations in a microgravity environment aboard the space cruiser. Their muscles have atrophied, and their bone density has diminished to the point that they have to be carried around in little automated chaise lounge chairs. They have also become very pudgy. As we know from the experience of astronauts that spend weeks or months aboard space stations, muscle and bone atrophy is a very real problem. (Unfortunately, there are many moments in the movie that are inconsistent with the idea of microgravity aboard the ship — but hey, it’s just a cartoon!)

Last but not least, Wall-E provides us with an excellent opportunity to formulate some interesting and relevant order-of-magnitude estimates (also named Fermi problems, after the famous physicist Enrico Fermi, who was fond of such estimations).

The problem is this: Wall-E needs to clean up the garbage covering a large metropolitan city and place it into (skyscraper-sized) piles. He is able to compact the garbage into four-foot-square cubes. It takes him 3 or 4 seconds to collect and compact each cube. Assuming the entire city is 5 feet deep in garbage, how long will it take him to stack it into piles? Could this be done in the 700 years before humans return to Earth? Try this yourself and see what you get. It’s fun. Being able to get a ballpark feel for a problem — to be able to make reasoned assumptions and come up with an appropriate estimation — is an extremely valuable skill for a scientist, and these kinds of problems are a great way to hone that skill.

So, with that rather lengthy introduction, there is nothing left to do but to confer the remainder of our awards on our current nominees.

For “Most Interesting Scientific Idea etc.” let’s give the award to The Dark Knight for its provocative use of cell phone surveillance. We can always withdraw it if the sequel isn’t good.

For “Most Surprisingly Educational,” the award goes to Wall-E. Even though Ironman allows for a lot of interesting spinoff discussions on nuclear energy, fusion, electromagnetism, and the like, Wall-E is a cartoon. We had to give it some credit for that.

And finally, for “Most Accurate Physics,” after much introspection and waffling the award goes to … 2001: A Space Odyssey. Hey, why are we hung up on some movie from the sixties? Isn’t it time to move on? Well, it still leads the field in accurate movie science — at least until next year. Until then, the balcony is closed!