Prepare For The E-Bike Invasion

How to electrify your bike 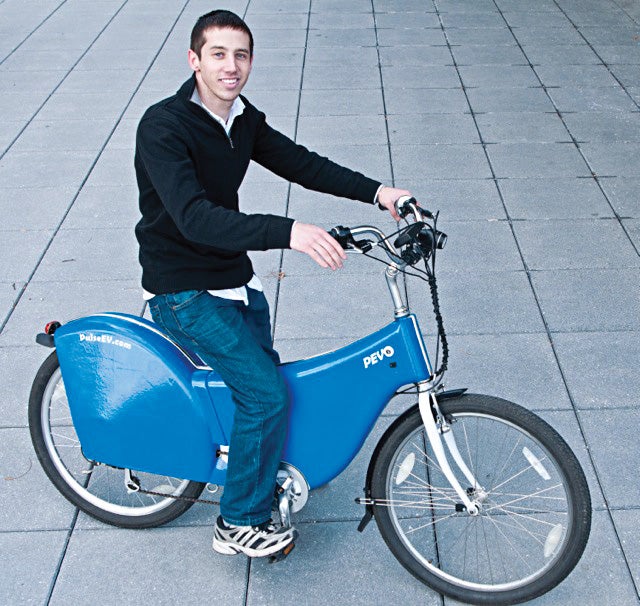 When Micah Toll moved to Tel Aviv after college, the electric bike enthusiast got a job repairing his favorite form of transportation—in the process, learning all the ways e-bikes break. Now he uses that knowledge to build better models, electrifying regular bicycles at a fraction of a new one’s price.

Why did you start powering bikes with electricity?

I went to college in Pittsburgh, which is very hilly, and I needed a good way to get around. I tried a gas motor–powered bike, but it was dirty and noisy. An electric motor was better: quieter and without the smell.

Definitely. Commuters in Tel Aviv have really embraced e-bikes as an alternative form of transportation, an option for getting out of cars. People in the U.S. are mostly buying them for pleasure riding, but that’s how it starts. If the patterns of adoption across Asia and Europe hold true, the U.S. is right on the cusp of a large wave of e-bikes hitting the streets.

Can I convert my own bike?

That’s the subject of my e-book, The Ultimate Do-It-Yourself eBike Guide. It isn’t hard. If you’ve ever changed a bike’s inner tube, you’ve already done half the work.

This article was originally published in the February 2015 issue of Popular Science, under the title “Electric Bicycle Builder.”