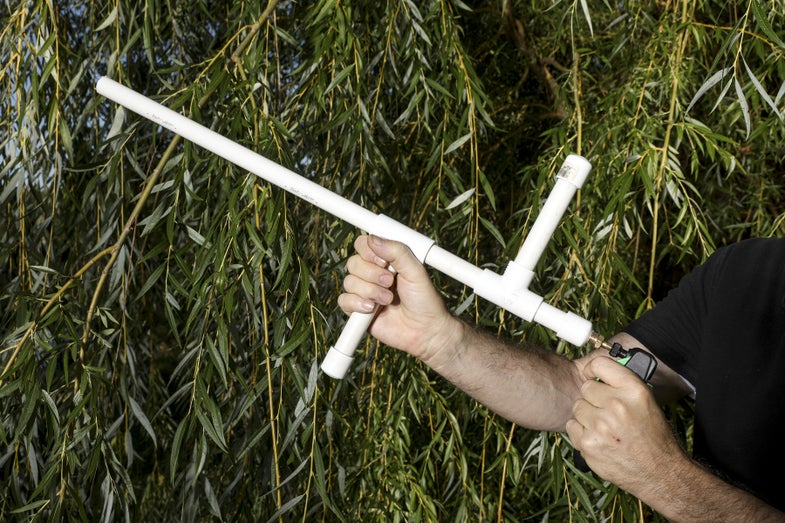 This past December marked the 75th anniversary of Pearl Harbor, when nearly 400 Japanese aircraft attacked the American naval base. In the space of a few hours, the U.S. Pacific fleet was nearly destroyed. And after the assault, America invested heavily in improved anti-aircraft weapons.

Designing anti-aircraft, or ack-ack, guns was difficult. Because airplanes move so fast and have such extreme maneuverability, gunners must shoot at the target’s future position, making the aiming mechanisms quite complex. So America’s new guns were complicated and expensive—but boy, were they effective. The fast-firing autocannons could paint the sky with lead, firing more than 120 anti-aircraft shells per second. On one occasion in 1942, the guns aboard the U.S. battleship South Dakota shot down 32 enemy planes in a half hour. 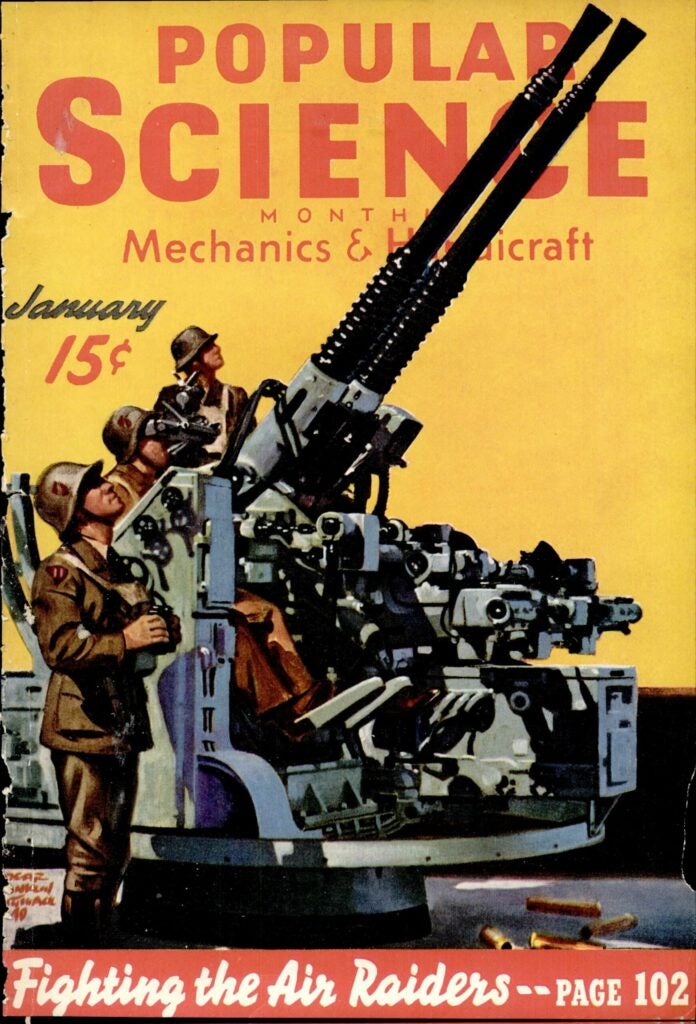 Bofors on the cover

Over the years, Popular Science has written a lot about anti-aircraft weapons. The cover of the January 1940 issue even featured a Bofors anti-aircraft gun. To read more of our historical coverage, search the PopSci archives.

I designed a fast-firing weapon that conjures up ghosts of the Bofors and Oerlikon anti-aircraft guns of World War II. Since it’s for home use, I powered it with gas instead of gunpowder and made it shoot mini-marshmallows instead of two-pound lead slugs. And of course, I call this marshmallow ack-ack a “mack-mack” gun.

Made from PVC pipe and fittings, a bicycle tire inflator, and easily obtainable cartridges of compressed carbon dioxide, the mack-mack is cheap, easy to make, and can be assembled in minutes. You may have seen marshmallow guns that use lung-power to shoot single mini-marshmallows, but this high-velocity weapon is far more impressive.

After assembling the PVC pipe and fittings, just as I would for a standard marshmallow gun, I drilled and tapped a single hole in the plastic and attached the bicycle inflator. The inflator releases a burst of compressed gas that’s much more powerful than a puff of breath. I also gave the gun another modification: an ammo tube that can hold seven mini-marshmallows at once.

When I pull the inflator’s trigger, all seven marshmallows fire in a single half-second, shooting out one after another in a glorious fusillade of soft, sugary firepower. Want to build your own mack-mack gun? Check out the instructions below.

* Try finding these at a bike store or search online for “CO2 bike pump” or “CO2 bike tire inflator.”

† These valves are available at hardware and home stores with reasonably large inventories. You can also find them online by Internet searching for “air tank valve” or “tru-flate valve.” Another alternative is to order from a large supply industrial company like McMaster-Carr. 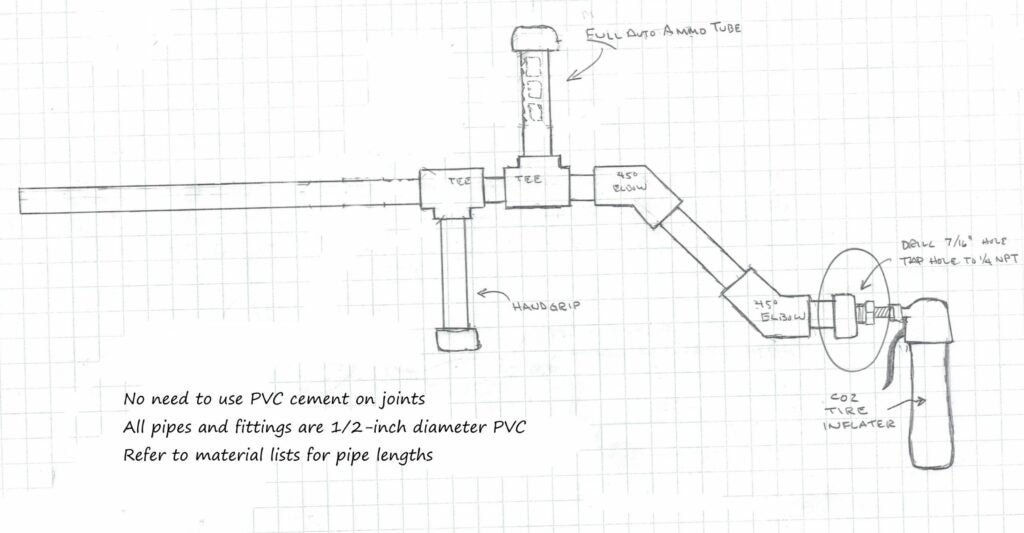 Use this assembly diagram in step 3 of the instructions

This project is from Ready the Cannons, a new book by Popular Science contributing editor William Gurstelle.