The Science of Changing Your Oil

What kind and how often is best for your car and your planet? 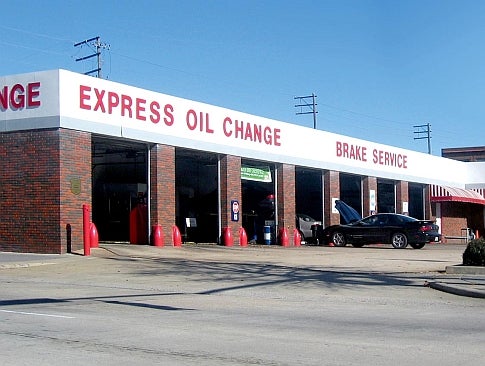 Dear EarthTalk: How often do I really need to change my car’s oil? Conventional wisdom has always put it at every 3,000 miles to prevent engine wear, but isn’t changing oil that frequently wasteful and unnecessary? Also, what is the “greenest” and longest-lasting oil I should use?
— Vic Roberts, Lincoln, MA

There is much debate in the automotive world over how often drivers of typical passenger cars or light trucks should change their oil. The quick-lube chains usually recommend it be done every three months or 3,000 miles, but many mechanics would tell you that such frequent changes are overkill. Indeed, most car owner’s manuals recommend changing out the oil less frequently, usually after 5,000 or 7,500 miles.

According to the automotive website Edmunds.com, the answer depends more on driving patterns than anything else. Those who rarely drive more than 10 miles at a time (which doesn’t get the oil hot enough to boil off moisture condensation) or who start their car frequently when the oil isn’t hot (when most engine wear occurs) should change their oil more often—at least twice a year, even if that’s every 1,000 miles, according to Edmunds. But commuters who drive more than 20 miles a day on mostly flat freeway can go as far as their owner’s manual recommends, if not longer, between changes. As a car ages, more frequent changes might be in order, but that’s for a qualified mechanic to decide on a case-by-case basis.

“The necessity of 3,000 mile oil changes is a myth that has been handed down for decades,” writes Austin Davis, proprietor of the website TrustMyMechanic.com. He says that the economics of the oil change industry demand pushing customers to get their oil changed more frequently—purportedly as “cheap insurance” against problems cropping up—whether they need it or not. One of the largest oil change chains, Jiffy Lube, for instance, is owned by Pennzoil-Quaker State, and as such has an incentive to sell as much of the company’s traditional petroleum-based oil as possible.

One way to reduce trips to and money spent unnecessarily on quick-lube outlets is to switch to synthetic oils, which last longer and perform better than their traditional petroleum-based counterparts. Davis says that educated drivers should opt for longer lasting, better performing synthetic oils, which are “most likely good for 10,000 to 15,000 miles or six months” whether or not their manufacturers recommend more frequent changes or not. Some synthetic motor oils, like Amsoil, NEO and Red Line, to name a few, are created specifically to last 25,000 miles or one year before needing a change.

While neither conventional nor synthetic motor oils are good for the environment if disposed of improperly or spilled, most environmentalists would opt for the latter since it lasts three or more times longer and thus reduces waste (or energy use if recycled). Researchers have been experimenting with producing greener motor oils—one pilot project out of Purdue University has produced high-quality, carbon-neutral motor oil from canola crops—but consumers should not expect to see such products on store or garage shelves anytime soon, as the costs of production are high and the availability of cropland is limited. But the very existence of such alternatives—no doubt more are in the offing—bodes well for the future as oil becomes more scarce and expensive.