Step 3: Rev Up Our Hybrid Rides

Ultralight parts and a plug could double America's mileage 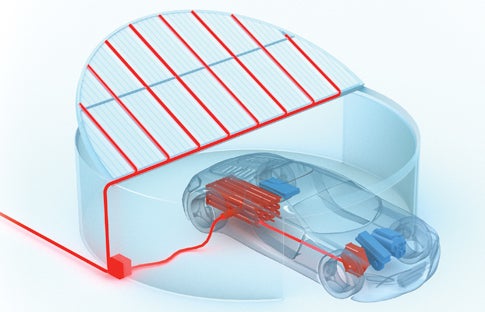 Never mind the movie stars pulling up to the Oscars in their Priuses. When the U.S. Army announces, as it did recently, that it is developing a new hybrid Humvee to save fuel and extend range, you can be sure that hybrid technology has arrived.

Hybrid vehicles improve efficiency by integrating a combustion engine with an electric drive train-a combo that recaptures braking energy, stores unused idle power, and reduces engine weight to increase mileage. But as today´s generation of hybrids flies out of showrooms, the stage is set for the next fleet, which will slash gas use and emissions much further. They´re called plug-in hybrid electric vehicles (PHEVs), and they recharge overnight in home garages to take advantage of low off-peak electric rates.

“The implications for our national oil addiction are profound,” says Daniel Kammen, director of the University of California at Berkeley´s Renewable and Appropriate Energy Laboratory. “If the current U.S. vehicle fleet were replaced overnight with PHEVs, oil consumption would decrease by 70 to 90 percent, eliminating the need for oil imports and leaving the U.S. self-sufficient in oil for many years to come.” Even if the electrical power for those vehicles were drawn from coal-fired power plants, CO2 emissions would drop by more than half. If the power were produced by renewable energy sources, and the fuel in the tank were biodiesel or ethanol [facing page], the proposition gets exponentially better.

Clearly, though, it´s not going to happen overnight. With the exception of DaimlerChrysler, which has built a plug-in prototype based on its Dodge Sprinter cargo van, automakers have been slow to get into the plug-in hybrid market. Aftermarket conversion kits will hit the streets for the first time later this year [see “Can I Plug In My Prius?” on page 84], tempting mileage-obsessed Prius owners like David K. Garman, undersecretary of the U.S. Department of Energy. “Like most Americans,” he says, “I drive less than 40 miles a day, back and forth to work. If I´m able to drive in all-electric mode, I won´t need to use the gas tank. That, to me, is a game changer.”

It may not be the only agent of change. Whether cars are run by hybrid or conventional drive trains, the fuel-saving potential of reduced vehicle weight is often overlooked, says Amory Lovins, co-founder of the Rocky Mountain Institute, a natural-resources think tank in Colorado. “By substituting high-strength, lightweight composite materials for steel,” he says, “automakers could roughly double the efficiency of hybrids. In terms of fuel-efficiency, that´s by far the most effective and doable approach.”

Moreover, sometimes the simplest tweaks can have big effects. A recent study by the federal National Renewable Energy Laboratory found that
if every car and truck on America´s roads was equipped with ventilated seats, air-conditioning-related gasoline consumption could be reduced by 7.5 percent, dropping fuel intake by 522 million gallons a year. Now, there´s a cool idea.

In the late 1940s, Andrew Frank was a hot-rodding teenager who mounted a Cadillac V12 engine in his 1936 Ford. By the 1990s, he was a mechanical-engineering professor at the University of California at Davis who pulled big engines out of SUVs and swapped them for smaller ones boosted by plug-in electric motors. His first “plug-in hy-brid” got 68 mpg without sacrificing horsepower.
Frank is now fielding a student team for the U.S. Department of Energy´s clean-vehicle competition, Challenge X. The group is building a 300- mpg plug-in hybrid with an ethanol-powered gasoline engine and a solar-powered electric motor. Sounds responsibly efficient. But the professor is still a hot-rodder at heart: “Last year we had a Ford Explorer that we converted into a plug-in hybrid, and it had so much torque that we couldn´t keep the axles from snapping. With six of my students in there, it could still burn rubber.”

He is now fielding a student team for the U.S. Department of Energy´s clean-vehicle competition, Challenge X.

“We were getting 64 miles per gallon without sacrificing anything on the power side,” Frank says. “But I saw that the most important thing is that energy for cars could be supplied by solar energy and wind using existing technology.”