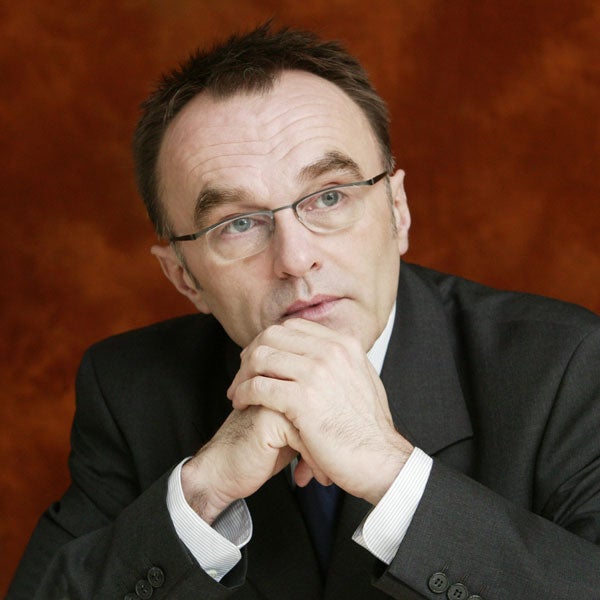 Danny Boyle loves dark dilemmas. Whether it’s Shallow Grave, his first film, in which London roommates must at one point decide who will chop up a corpse, or the scene in 28 Days Later in which plague survivors must kill one of their own before he can infect the rest, Boyle’s films depict thoughtful people weighing terrible choices. In his new sci-fi thriller Sunshine, the sun is dying-fizzling from within by a real physics phenomenon known as a Q-Ball (a supersymmetric atomic nucleus)-and scientists must fly a bomb into its center to reignite it. The film’s main villain is the hostility of space, and Boyle’s best means of frightening us, as he sees it, is science. (He brought on consultants like CERN physicist and BBC personality Brian Cox to authenticate the danger.) The crew has no chance, by the film’s cold calculus, and yet what can humans do-in movies or real life-but struggle on? The director spoke with us about the fragility of Earth, arrogant science and why realism is so scary.

Q: The science in your films-an infectious plague, a dying sun-is at least somewhat realistic. How important is plausibility in your work?
A: There are two types of sci-fi. One is the Star Wars/Star Trek variety, where it’s wide open and anything goes. Then there’s what I call “hardcore,” which opens itself to questions of plausibility. The film depends on that to get the audience in the right mood; to say, “Listen, we’re not here for fun.” Solaris, Alien, 2001-the huge titans of this kind of film-they all have plausible threats. Realism is subconsciously a big help in scaring people.

Q: Characters in your films-in this case, the scientists-often find themselves forced to make very inhumane, objective decisions.
A: It’s a classic dilemma to confront people with. How much of your morality are you willing to give up for survival? In this film, I made the screenwriter add a scene in which they vote about who they’ll kill to save oxygen, and one character agrees with the vote but won’t join in to make it unanimous. Watching it, you think that you’d stand with her, that you’d refuse to join the mayhem. But who really would?

Q: Of all the natural disasters to threaten humanity’s existence, why a dying sun?
A: Laypeople like me take the sun for granted. And in a way, because of global warming, we’ve taken our eyes off its importance. All life is either a bit of a star or is kept alive by its power. How could you not make a film about that? And yet no one had, except for one terrible Japanese film and a cheesy bit in Lost in Space.

Q: How do you go about making the dangers of the voyage-burning to death, frozen flesh-seem real?
A: Bill Bryson’s A Short History of Nearly Everything does a wonderful job articulating the universe’s power, and that really influenced us. We used our experts to work out what would happen in the dangers of space. Space is eternal, endless and hostile, and the only thing that’s protecting us on Earth is this sliver of atmosphere. It’s claustrophobia-not in the sense of a small room, but in the larger sense of being trapped in eternity. We tried to get a sense of that in every death these characters suffer.

Q: How did your science advisers’ perspectives affect the film?
A: Brian Cox, one of them, is a delightful man-the British government essentially pays him to make science cool. But the thing about him is his arrogance. He’ll say some offhand thing about our sun being just a medium-size star, or that when they detonated the atomic bomb at Los Alamos they risked setting the sky on fire. That arrogance-to imagine that you could go to the sun-is crucial to science. It’s also wonderful material for actors. On our planet, all our eggs are in the science basket. Progress got us into this mess, and it’ll get us out. We’ve been given life, and we can argue about how, but now that we’ve got it, the only way to extend it is science.

Q: Does the amount of science-related entertainment these days reflect a greater popular appetite for science?
A: I don’t think it does, actually. I think it’s just a franchise mentality, which is the opposite of science, in my opinion. In the ’70s, entertainment was all risk-taking and exploration-the same things science is about. I think the appetite at the moment is for what’s safe and reliable, and the science-drama formula is just an easy way to have it. The Matrix, however-that I loved. It’s a franchise, but at least it moves us forward; it acknowledges the unknown. We need more fantasies like that.