Bugging Out on Homeland Security

Wings, antennae and scales may be our best weapons yet against toxins and explosives

Annoying as they are, you may want to think twice before you crush a cockroach or swat a fly-you could be killing a future foot soldier in the war on terror. Increasingly, scientists are turning to insects and other creatures for better ways to identify biohazards. â€Cockroaches can detect all kinds of things, from anthrax spores to DNA,â€ says Karen Kester, an entomologist at Virginia Commonwealth University. With $1 million in funding from the Pentagon´s Defense Advanced Research Projects Agency (Darpa), Kester is studying ways to use roaches and houseflies as toxin sentinels inside contaminated buildings or subways. This, of course, spares humans the job, and it may prove more effective than mechanical sensors, which often lack the range and sensitivity of their living counterparts.

Bees and fish are also in demand. A small British biotechnology firm called Inscentinel is employing the finely tuned olfactory system of bees to sniff for explosives. And New York, California and Maryland are exploiting the highly sensitive nervous system of bluegill fish to test for toxins in municipal water supplies. Bill Lawler, co-founder of Intelligent Automation Corporation, the California company that sells the bluegill-monitoring system, says living sensors are â€the wave of the future.â€ So go easy on the Raid. 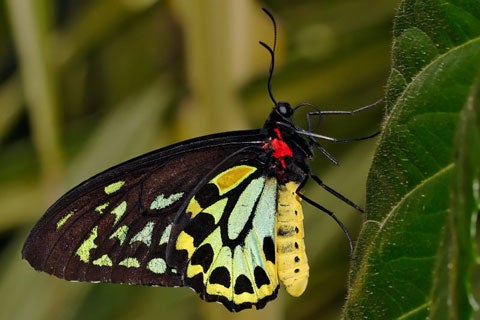 Why We Need Them Robotics can´t yet mimic insects´ flying abilities, so scientists are developing controllable cyborg butterflies that could fly sample-collection missions through buildings. How They Work A chip, implanted during the pupal stage, could control locomotion, monitor the air, and override instincts to feed, mate, and avoid certain environments. Deployment Darpa has solicited public proposals but hasn´t announced a winner. Scientists are in the early stages of research; a final product is years away. Drawbacks Implanting a chip in a developing insect could stunt its growth and damage its ability to fly as an adult. 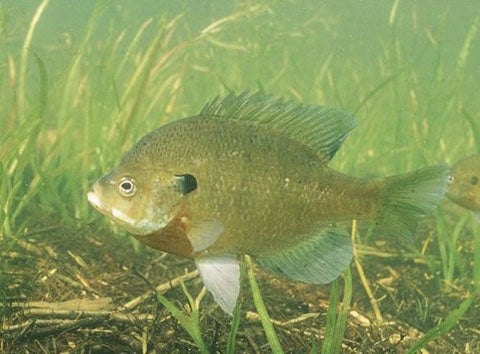 Why We Need Them Waterborne parasites sicken some 900,000 Americans every year, and public reservoirs are highly vulnerable to terrorist attack. How They Work Slight impurities drive big changes in bluegills´ vitals. Sensors in the tank monitor the fish and sound an alarm when things get out of whack. Deployment The fish stand guard at reservoirs in New York, California and Maryland, where they´ve detected pesticides and a diesel spill. Drawbacks Bluegills respond indiscriminately to a broad range of contaminants, so technicians must follow up with other tests to pinpoint specific hazards 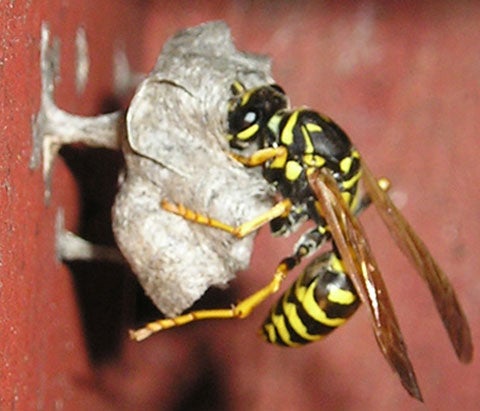 Why We Need Them One bomb-sniffing dog can cost upward of $15,000 to train. A bee system is just as accurate and costs pennies per bee. How They Work When bees detect the target odor, they extend their proboscises. A camera records the positive response, and a computer alerts an operator. Deployment British biotech firm Inscentinel hopes to commercialize its system by next year. Drawbacks Although the bees are sealed in a container, inviting them into an airport could make travelers a bit nervous. 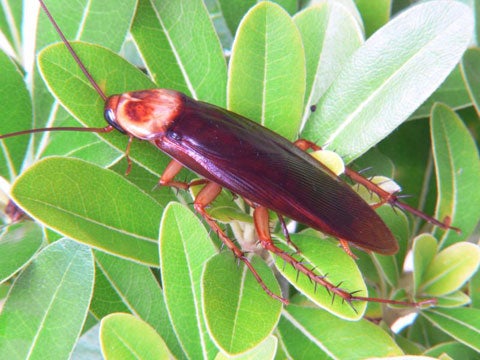 Why We Need Them Despite the anthrax scare of 2001, there´s still no efficient mechanized way to comb a building for biohazards. Insects unwittingly absorb environmental impurities every day. How They Work In an emergency, workers could release roaches in a building, or collect bugs already there, and test them for toxins to determine the next step. Deployment Darpa-funded Karen Kester, the principal player in this line of research, says a roach-based detection system could be ready within a few years. Drawbacks Bugs are easy to trap and test for pathogens, but it´s difficult to control where they run once released.