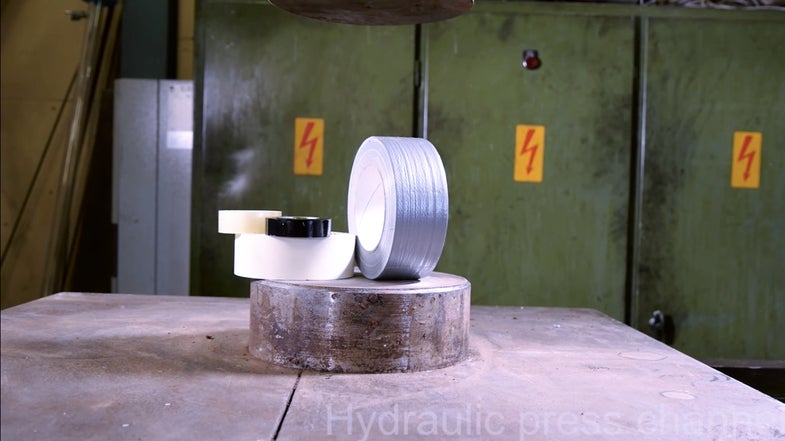 Duct tape. Hydraulic press. The battle for the ages.

When humanity’s most destructive force meets its most immovable object, we should prepare for chaos.

Realistically, duct tape is neither unstoppable nor immovable. But as the amateur handyman’s go-to solution, it’s a force to be reckoned with—and perhaps one the hydraulic press isn’t totally able to defeat.

The Hydraulic Press Channel hits some other tape types too: desk tape, masking, electrical — all of course failing in comparison to the greatest tape of all tapes.

We’ve set the stage. Take a look at the battle: