Retinal implants can let blind people see, but to be truly effective, they should be adapted to the human eye’s... 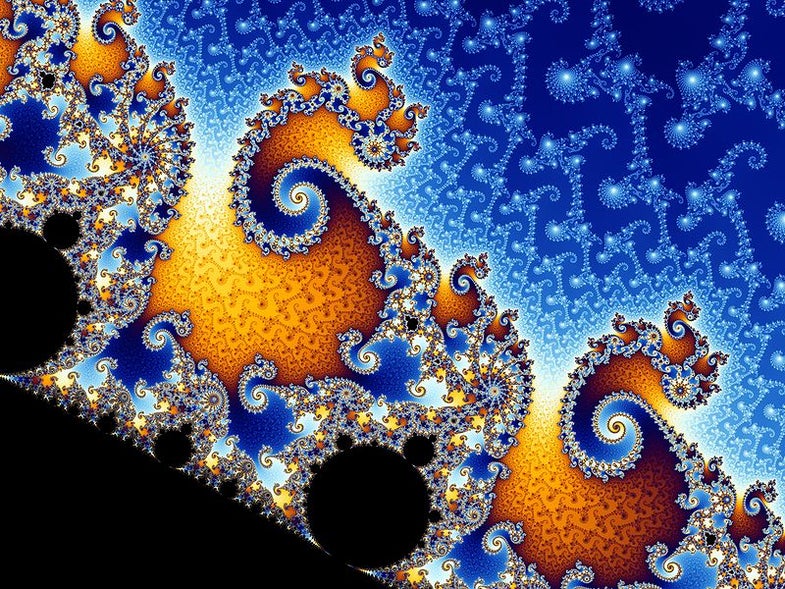 Retinal implants can let blind people see, but to be truly effective, they should be adapted to the human eye’s unique structure, according to one researcher. Tiny clusters of material that self-assemble into fractals could help with this, strengthening the connections between an implant and a patient’s healthy neurons.

Some vision disorders, like macular degeneration, damage the eyes’ rods and cones but leave the neurons intact. Implants work by communicating with those neurons, sending visual information to the brain to be processed. But camera chips and eyes do not work the same way, and there are insufficient connections between the neurons and the implanted photodiode light receptors.

This is because neurons follow a branched, fractal structure, and chips utilize straight paths, explains Richard Taylor, a physics professor at the University of Oregon who is working on improved implants. Fractals are self-similar repeating patterns.

His solution is to embed a nanoscale clump of material onto the photodiode, which would self-assemble into fractal shapes. The clump would be deposited onto a photodiode using an inert gas. Eye surgeons would implant the fractal-enhanced devices inside the eyes of patients who have lost their vision, and the improved neuron interface would enable more light information to be relayed to the optic nerve. It would work with almost 100 percent efficiency, according to a University of Oregon news release.

This summer, Taylor and doctoral students in his lab are starting a year-long project to study the metals to be used for fractal assembly. The researchers will look for metals with strong biocompatibility and efficiency, among other attributes.

The project stemmed from Taylor’s interest in the similarities and differences between the human eye and digital cameras, according to a news release. He describes his work in an article in Physics World.

The cones in your eye are concentrated at the center, so your eye tends to see items directly in front of it — this means you have to continually move your eyes around to see small areas. But a camera’s photoreceptors are distributed evenly, allowing a camera to see everything in its field of view. If our eyes saw like a camera, with a uniform distribution of receptors, there would be so much stimuli in our view that our brains could never process it all, according to Taylor.

Instead, our eyes exploit fractal patterns found throughout nature to make information-processing simpler. Retinal implant designs should account for these differences, Taylor wrote.

“Remarkably, implants based purely on camera designs might allow blind people to see, but they might only see a world devoid of stress-reducing beauty. This flaw emphasizes the subtleties of the human visual system and the potential downfalls of adopting, rather than adapting, camera technology for eyes,” he wrote.