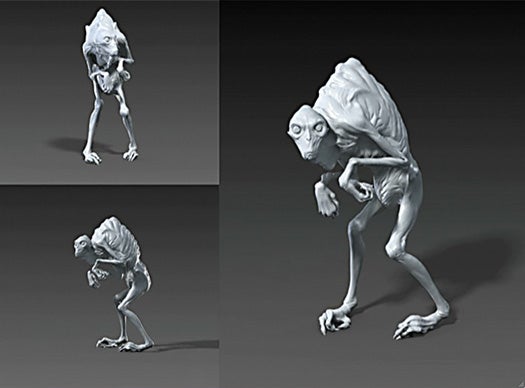 Consider the plant monster from Hellboy II or the eyeless creep in Pan’s Labyrinth: Director Guillermo del Toro has a genius for putting bizarre beings on screen. But no matter how grotesque the vision, he always begins his creations with what he calls “the National Geographic approach.” Start with a nightmarish idea, and then look to nature for details. “You want to make the creatures outlandish enough that they’ll thrill the imagination,” he says, “but recognizable enough that they feel real.”

Striking that balance requires study in physiology and evolution and a meticulous use of sculpture, computer modeling and 3-D animation. Case in point: the 10-inch homunculi that star in this summer’s thriller Don’t Be Afraid of the Dark, written and produced by del Toro and in theaters August 12. Del Toro knew the nocturnal creatures scurried through the walls of an abandoned Victorian mansion. But what would such creatures “actually” look like? How would they move? 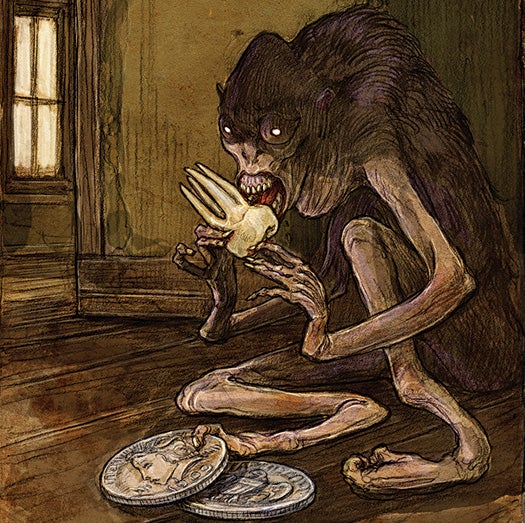 After drafting the screenplay, del Toro and several designers combed magazines, books, nature documentaries and science journals for reference points. The naked mole rat, a nearly hairless burrower from East Africa, inspired the homunculi’s saggy, translucent skin. Human skeletons twisted by arthritis inspired its spindled limbs, and its gait was modeled after an ape’s. In some cases, del Toro concocted bits of evolutionary history. He reasoned that after generations of living in the dark, the homunculi would need night vision and concomitant protection from the occasional burst of bright light. His designers came up with “sphincter-like” eye sockets that squeeze oversized eyeballs outward and “foreskin-like” eyelids to shade them.

At del Toro’s favored fabrication house, Spectral Motion in Glendale, California, sculptor Mike Torres shaped the movie’s star homunculus in clay. Some filmmakers go straight to CGI, but del Toro prefers more-traditional methods. “If you’re doing flesh, bone, hanging tissue and pockmarks, you’re better off bringing in that fallibility of flesh through a sculpture,” he says. From the clay creature, Spectral cast a more durable, urethane-resin maquette, which was then scanned to create a high resolution, 3-D digital model. 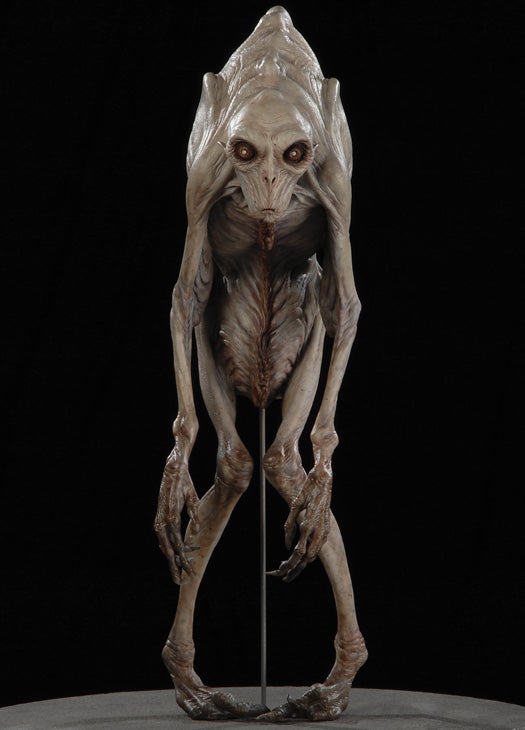 A maquette, or scale model, of del Toro’s horrifying homunculus.

At Iloura, an Australian CGI firm, technical designers reengineered the digital maquette into a living, clawing creature. Informed by del Toro’s original concepts, the team retrofitted a virtual skeleton and musculature within the digital model. That architecture, paired with footage of spiders, roaches and other alarmingly fast creatures, guided the homunculi’s movement.

Finally, Iloura’s technical directors refined the creatures’ outward appearance with custom “shaders,” algorithms that define how light should play over a given surface on a pixel-by-pixel basis. For example, skin calls for a great deal of subsurface scattering as light penetrates various translucent layers, from peach fuzz through the epidermis to the veins. After months of work, the creatures were finally ready for the big screen. The question is whether you will be ready for them.