A bright future for internal medicine 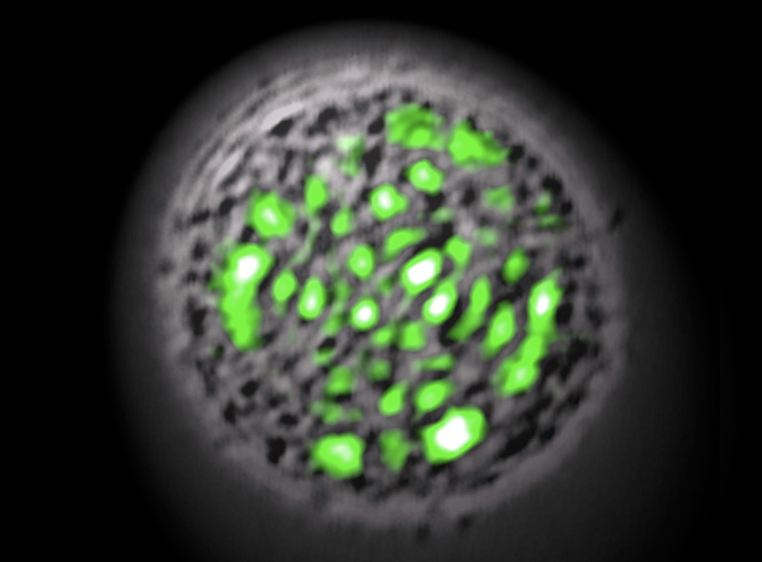 Researchers at Harvard Medical School and Massachusetts General Hospital built a living laser partly to study interactions between electronic and biological systems, and partly out of sheer curiosity. The world’s first biological laser, made from a single living cell, could lead to better microscope imaging inside the body and even targeted light therapies, researchers say.

A single human cell engineered to express green fluorescent protein can be used to amplify photons into super-short pulses of laser light, the researchers say.

Lasers consist of a gain medium, the source of optical gain within the laser which absorbs external energy and excites atoms or molecules into a more energized state, inside an optical cavity. Most lasers use semiconductors, crystals or gases as a gain medium. In this case, the researchers used green fluorescent protein (GFP).

First, the researchers filled an inch-long cylinder with a GFP solution, and placed mirrors at each end. They pulsed it with light and confirmed the GFP solution could amplify the input energy into short pulses of laser emissions, according to a news release from Mass. General. This proved GFP could serve as the laser’s gain medium. Green fluorescent protein, isolated from jellyfish, will emit green light when it is exposed to blue light.

Then the team engineered human embryonic kidney cells to produce GFP, and placed a single cell between two mirrors, just 20 micrometers apart. The researchers flooded the cell with blue light, and the cell lit up. The mirrors served as the optical cavity, allowing light to bounce through the cell many times, amplifying it into a coherent green beam that was visible to the naked eye. 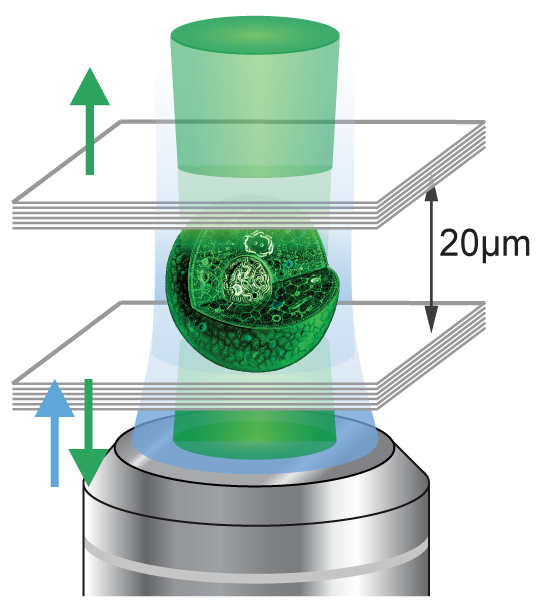 The cell’s spherical shape acted as a lens, refocusing the light and therefore requiring less energy for lasing than was necessary in the cylinder experiment. Best of all, the cells survived the lasing process, and were able to produce hundreds of pulses of laser light.

A living laser could have a wide range of medical uses, according to lead author Malte Gather at the Wellman Center for Photomedicine at Mass. General. They could be used to activate drugs using light, for instance, or for new forms of imaging — it is difficult for visible and UV light to penetrate very far inside the body. Eventually, living lasers could enable optical communications and computing inside the body, using living systems instead of electronics.