The FAA would serve as a liaison between local governments and the national drone air traffic management system. 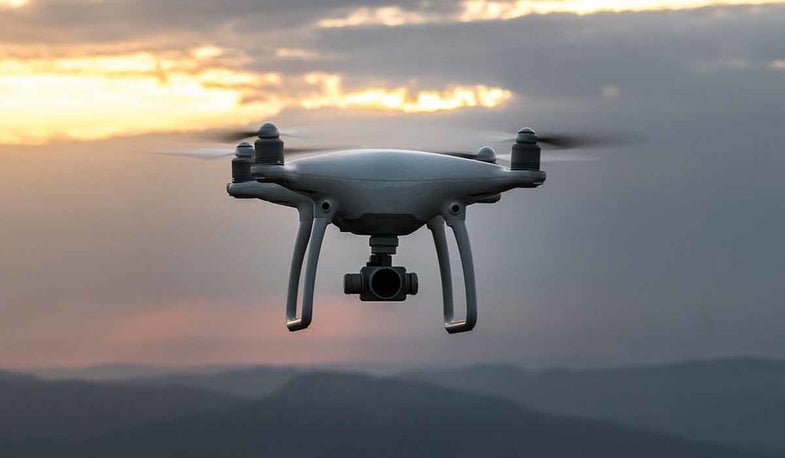 This story was originally published on flyingmag.com

The Wild West of drone regulation as we know it may soon cease to exist. If lawmakers have their way, state and local governments—including Native American tribal authorities—could soon have the power to regulate the use of Unmanned Aircraft Systems as they see fit.

At least, that’s what a group of Democratic and Republican members of Congress are pitching as the Drone Federalism Act. The biggest takeaway from the bill is a provision that allows state, local and Native American tribal authorities to regulate how hobbyists and businesses can operate their drones below 200 feet and within 200 feet of a structure, with the option to seek assistance from the FAA.

“State, local, and tribal governments have a legitimate interest in protecting public safety and privacy from the misuse of drones,” Democratic Sen. Dianne Feinstein said in a statement. “This bill allows communities to create low-altitude speed limits, local no-drone zones or rules that are appropriate to their own circumstances.”

A study released in March by the Center for the Study of the Drone at Bard College found that at least 135 local governments across 31 states had already enacted their own UAS regulations.

The bill proposes that the FAA choose 10 local, state and tribal governments to create two-year pilot programs they work together on to craft regulations. The FAA would act as a liaison between the local government regulations and the national drone air traffic management system NASA is working on implementing and then report back best practices and how the FAA should work with local government.

RELATED: Tom Cruise Pulled Off an ‘Outrageous’ Pilot Stunt for ‘American Made’

This all comes on the heels of a federal appeals court in Washington, D.C., ruling that the way the FAA wen’t about drone hobbyist registration fell outside the accepted rules of government implementation. This means hobbyists no longer have to register their drones in a national database, or pay the $5 fee, as previously required for any UAS weighing between .55 pounds and 55 pounds.

In an interview with Dronelife, professional drone pilot Vic Moss painted a bleak outlook for operators who have turned the hobby into a business.

“I’ve flown over 55 roof inspections in the last 10 days due to the recent Denver hail storm,” he said. “If Feinstein’s bill had been in effect, and Colorado had fallen into the 200-foot trap, myself and about 30 other pilots would have been out tens of thousands of dollars. And who knows how many insurance adjusters would have fallen off of roofs or ladders in that time? In addition to putting thousands of drone companies out of business, it will set back this industry and its growth potential to levels worse than they were at the very beginning.”

It could also potentially affect first-person-view drone racing, which is a growing segment of the UAS market. Multi GP is a local grassroots-oriented drone racing league that currently has more than 17,000 pilots registered at over 1,000 chapters worldwide, with a large majority located in the United States. The Orlando Multi GP chapter Orlando RotoRacers had to work with local government to continue racing at their Orlando chapter, despite over two years running of incident-free flying, because of a local drone ordinance put into place.

While the drone racing leagues you may be familiar with, like DRL on ESPN, DR1 or IDRA may not be affected by this because of their limited events and select paid-for locations, Multi GP — the place where basically every fast American FPV drone pilot got his start—could be affected heavily.