6 ways to magically regrow vegetables in only water

If only personal growth was this easy for people. 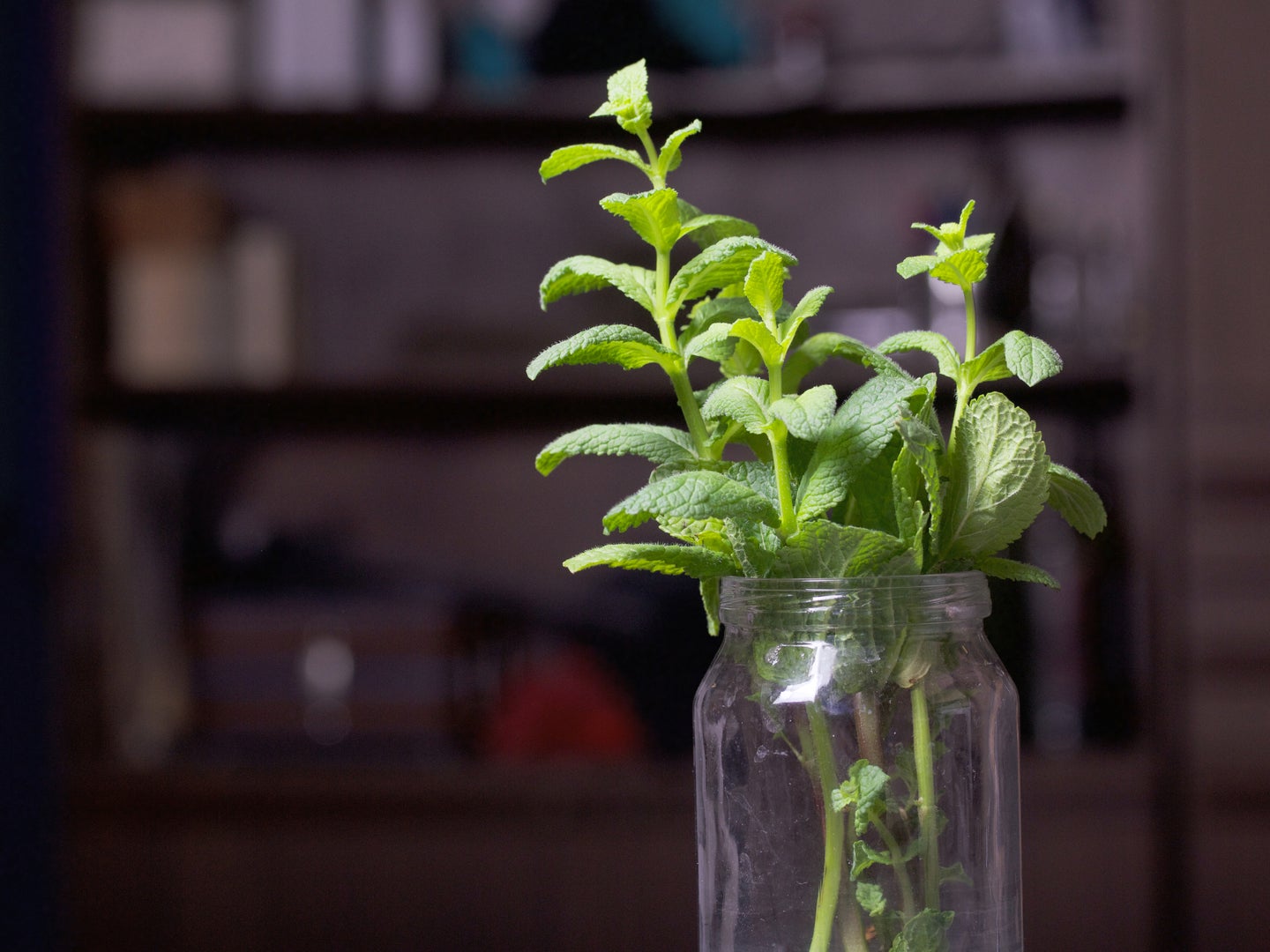 You might not get enough mint to sustain your mojito habit this way, but you can certainly grow some starter plants. DepositVad / Depositphotos
SHARE

Plenty of articles about gardening “hacks” assume that everyone has access to truckloads of nutritious soil and enough space for plenty of plants. This will not be one of them. We know these gardening staples aren’t always easy to come by, especially if you live in a city. Thankfully, there are some veggies that can regenerate using water and sunlight alone.

The premise behind regrowing vegetable scraps in water is simple: plants are generally built to harness energy from the sun and nutrients from the earth. A small glass or dish of water won’t provide the same nutrients as hearty soil, but plants can still use it to grow new tasty shoots or soil-ready roots.

Plants that will grow shoots

You can easily regrow the edible stems and leaves of some common kitchen veggies by simply placing their inedible base in water. For best results, position these stumps on a sunny windowsill and change the water frequently.

Chances are, you usually discard that tough white chunk at the base of a head of cabbage or lettuce once you’ve torn off all its leaves for your salad. But by placing this part in water, you can coax out some new leaves. Put it in a wide mug or shallow bowl with an inch or two of water, leaf-side up, and check it often to make sure the outside isn’t getting slimy. Within a week or two, new baby leaves should start sprouting from the center of the stump. Your homegrown head won’t return to its full leafy glory, but this can be a great way to grow garnishes or supplement a larger dish.

Most stores and markets sell celery and leeks with their bases still attached, sometimes with little white roots already dangling out. This makes these veggies super simple to regrow: just prop the bases up in a small glass with about an inch of water at the bottom and wait for new stalks to emerge. Be sure to top up the water when it gets low—but don’t waterlog the plant by submerging too much of the base. Your new sprouts will be skinnier than the originals, but even a small amount of these crunchy crops can add flavor to a wide array of dishes.

While you won’t get garlic or onion bulbs themselves to regenerate without soil, these aromatic plants can sprout flavorful green shoots in water alone. Place a single clove of garlic in a small cup of water, suspending it with toothpicks so the bottom is underwater but the top isn’t. Do the same with the bottom few inches of a green onion, or scallion. Within a few short days, you should start to see signs of green growth emerging. You can harvest these scallions and garlic shoots (called scapes) with regular kitchen scissors, and keep watering them to produce even more.

[Related: Why I can never eat onions or garlic again]

Plants that will grow roots

Let’s say you have access to a pot of soil or two, but don’t have the patience (or the green thumbs) to grow veggies from seed. Good news: water and sunlight can also encourage veggie scraps from your kitchen to grow roots that will sustain the larger plant in soil. Develop these strong, healthy roots in H2O first, then transplant the vegetable into some nice dirt.

It only takes one sprig of cilantro, thyme, basil, or another herb to regrow a whole plant. Next time you’re using your favorite herb in the kitchen, set aside a healthy shoot with a few leaves growing on it—the stem below the lowest leaf should be a few inches long. Then use a toothpick or bent paperclip to suspend this sprig in a small glass of water. Submerge the bottom of the stem, but keep the leaves dry. You should soon see roots start to sprout underwater. When the roots are more than an inch long, transfer the mini plant to soil—the part that was underwater should now be under dirt. With diligent watering, sunlight, and patience, your little herb can grow into a full-sized plant.

Like with garlic and the herbs above, you’ll need a few toothpicks or some other type of homemade suspension system to grow some glorious taters. With the right setup, it’s possible to coax potatoes and their relatives, like yams, into sprouting both roots underwater and leaves in the air. Position a small piece with at least one eye facing upward and out of the water. After a few weeks, you should see growth on both ends of the chunk. Then, just bury these sprouted tubers in soil with only the leaves above ground. The plant will eventually grow whole new root masses that you can dig up and eat the next year.

While the part of a ginger plant we eat is often called a root, it’s actually another part of the plant altogether: a rhizome. Even a small piece of ginger can sprout both roots and greens, much like potatoes will. Your hunk of ginger should be partially suspended in water until roots emerge and grow to one or two inches long. Ginger is a tropical plant, so try to keep its environment warm—at least 68 degrees Fahrenheit, but not below 50. Once the ginger has roots and at least one green shoot poking out of the light-colored nodules on the rhizome, plant the whole thing in soil and water it regularly. After four to six weeks, the new plant will begin adding mass underground, allowing you to simply dig it up, cut off a piece for your recipe, and rebury it.