Rec-Room Cockpit: How One Reader Built His Own Flight Simulator

Clint Fishburne, a regional-airline pilot based in Atlanta, wanted to help his children develop the body movement and muscle memory... 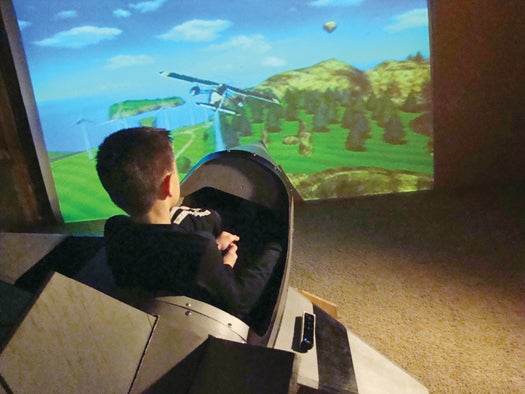 Clint Fishburne, a regional-airline pilot based in Atlanta, wanted to help his children develop the body movement and muscle memory necessary to fly and land a plane. With the cost of commercial flight simulators starting at $2,800, though, Fishburne, a longtime PopSci reader, decided to make one from scratch.

Building the plywood-and-PVC plane, frame and control stick was relatively easy. The challenge was making a platform that could mimic a plane’s motion and that was strong enough to support and move a 75-pound child.

After some experimentation, Fishburne built four custom airbags made of PVC-coated fabric and, to inflate them, connected them to 457-air-watt central vacuum motor. The amount of air in the four bags varies, allowing the simulator to bank or pitch up to 25 degrees on either axis. When the pilot pushes the stick left, a valve increases airflow to the right airbag and vents air from the left. An accelerometer sends spatial-position data to a laptop by USB, and an LCD projector beams the imagery from Microsoft’s Flight Simulator software onto a wall. Fishburne is now trying to commercialize a kit version of his simulator, in part to inspire more young gamers to become pilots. 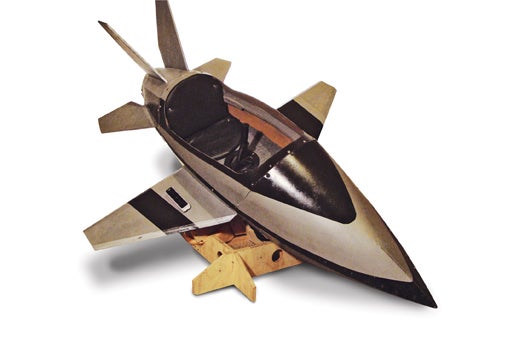 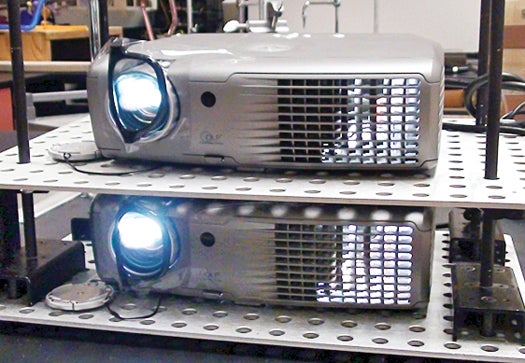 3-D Projector
Copper River, Alaska, science teacher Gene Crow built a 3-D camera and projector system that superimposes two video feeds of the same scene from two cameras at slightly different perspectives, creating the illusion of three dimensions on a two-dimensional screen. Circular polarized filters on the projectors and viewer’s glasses ensure that each eye sees video from only one of the projectors, producing the 3-D effect in the brain. 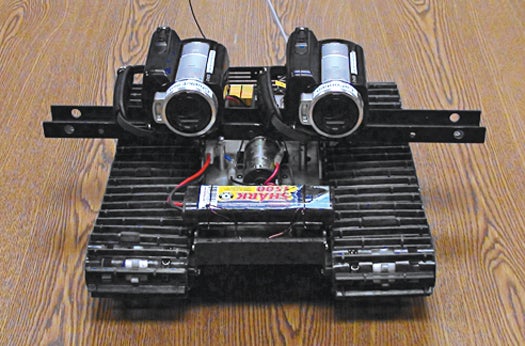 Since motion enhances the effect, Crow has also mounted the cameras on a remote-controlled vehicle. 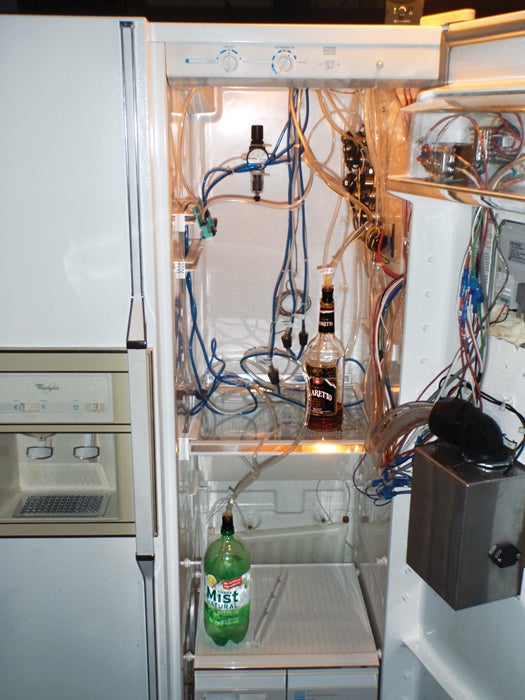 Cocktail Mixer
Andrew Jaeger, an electrician in Wisconsin, turned a refrigerator into an automated mixed-drink dispenser. After the user chooses a drink on a touchscreen, a logic controller calls up a stored recipe and gives directions to the mixing system inside the fridge. Jaeger stripped the solenoid valves from an old soda-fountain machine, allowing him to route a pressure line of carbon dioxide into each bottle, and a second line that, when opened, causes the liquor or soda to flow out into a glass.