Star Wars Builders Use the Force

This working X-Wing rocket is just one of the amazing Star Wars replicas being built by sci-fi-loving DIYers around the world. See inside for a full gallery and a, shall we say, fiery video

For a look at even more Star Wars_ replicas, launch the gallery here.

Sitting in the California desert, Andy Woerner’s rocket-powered replica of a Star Wars X-wing fighter looks fully prepared to make a run at the Death Star. But for Woerner and his rocket club, building the ship was as big a challenge as what the rebels faced in that galaxy far, far away.

With no specs, they started by measuring a circa-1980 toy model. From that they designed their 21-foot-long plywood version using a CAD program. No detail was overlooked-for example, to get the four 60-pound wings to open and close like the movie’s fighter, they took a tiny 2.3-horsepower electric motor from a radio-controlled helicopter and linked it to a complex series of gears, chains and shafts.

Unfortunately, the real Force affecting the X-wing at the desert rocket show was gravity, and when it began flying erratically, the group had to blow it up by remote control. Still, Woerner hopes he instilled a love of rocketry in the many kids who got to sit in its cockpit beforehand. No doubt, as Yoda might say, an unforgettable experience, it was.

Using an inflatable ball as a frame, the group made a fiberglass mold of R2-D2’s head, sat it on a plastic turntable, and hooked that up to the motion system from a radio-controlled boat so they could turn the head from a distance.

Just before the rocket reached roughly 700 feet, a series of charges was supposed to release four parachutes-on the wingtips, the nose and the tail-allowing the fighter to land intact.

When the rocket veered on its ascent, the team activated the parachute charges all at once via radio control, turning it into a fiery mess of plywood and parachutes, while keeping it away from the crowd.

For a look at even more Star Wars_ replicas, along with additional images of the the X-wing rocket, launch the gallery here.

The fighter in action:

The H2Whoa Credo: DIY can be dangerous.

We review all our projects before publishing them, but ultimately your safety is your responsibility. Always take proper safety precautions, and follow all laws and regulations. 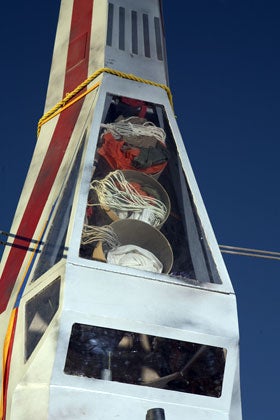 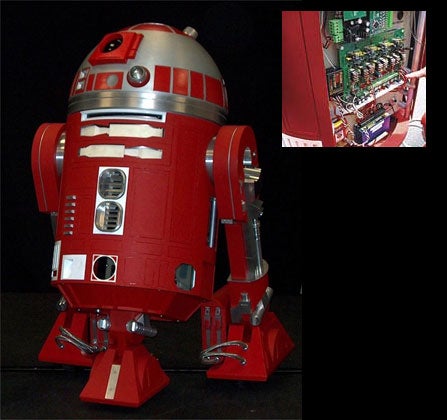 Cost: $12,000
Time: 3 years Engineer Jerry Greene built this R2-R9 droid, seen in Episode I of the Star Wars series, because, he says, everyone makes R2-D2s. Working with the members of an international droid-builders club, he drew up blueprints and then machined and cut the parts of his all-metal robot. Using an R/C helicopter remote, he can steer it, activate a fog machine inside to simulate a smoky breakdown, and even play various audio clips. A flash drive storing prerecorded R2 sounds from the movies is hooked up to a sound card and a pair of speakers hidden behind two vents. And yes, the kids–and adults–love it.
** Details at r2-r9.com** 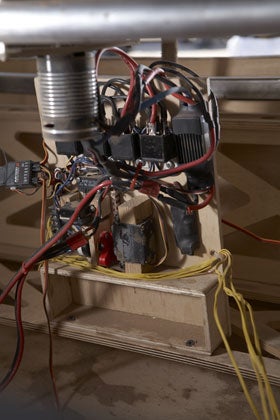 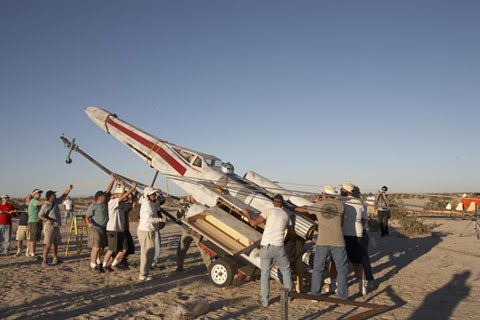 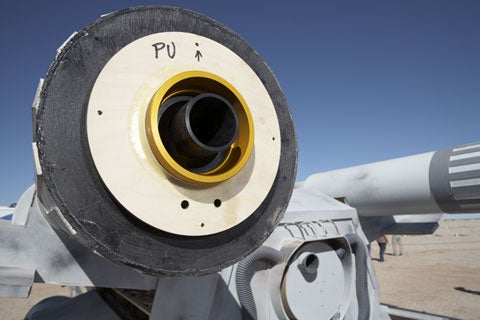 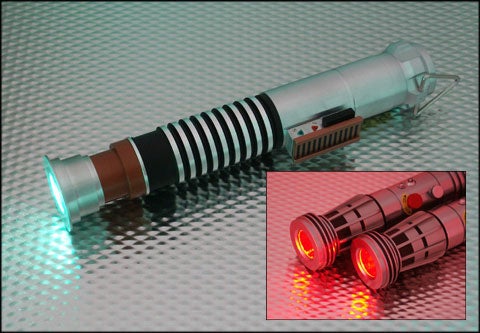 Cost: $175
Time: 1 Week What’s the point of having a lightsaber if you can’t duel with it? Tired of mass-marketed sabers that were constantly breaking, Alex Buckner decided to redesign them. Rather than stringing the lighting throughout the plastic blade, as the official commercial version does, he placed a powerful LED in the handle so that aggressive Jedi throwdowns wouldn’t damage it. Now he makes the lightsabers full-time and offers inexpensive DIY kits for aspiring knights and lords.
** Details at shop.ultrasabers.com** 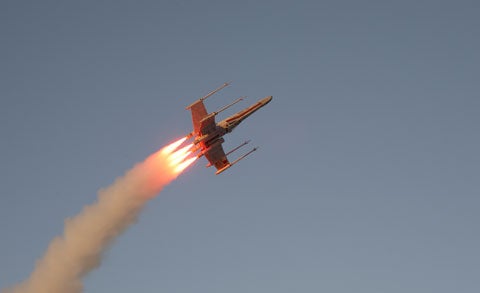 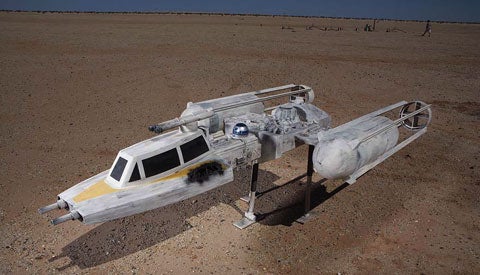 Cost: $500
Time: 9 Months Todd Mullin and the club Punk Rocket Science chose to fashion a rocket from a different rebel ship, the Y-wing fighter. They found drawings and blueprints online and began by building and flying an 18-inch scale model. Then they made a 13-foot-long version from plywood, with cardboard tubing for the rockets. Paying meticulous attention to detail, the group even smeared black paint over a coat of white for that grungy Star Wars look. They also added fiberglass and fine-sanded the pods on each side (the Y-wing doesn’t actually have “wings”) for durability and hooked up a parachute ejection system. Once the altimeter registered an increase in pressure, indicating descent, the parachutes would pop. Sadly, it never got that far. After liftoff, the charges controlling the chutes blew early, causing the pieces to crash to the ground and giving the Empire the last laugh.
** Details at punk-rockets.com** 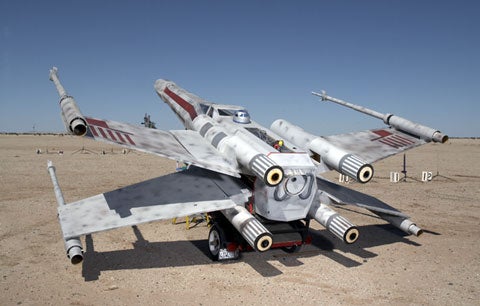 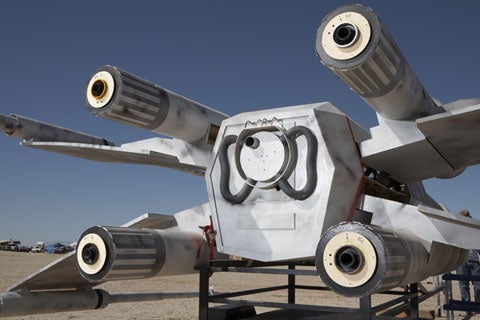 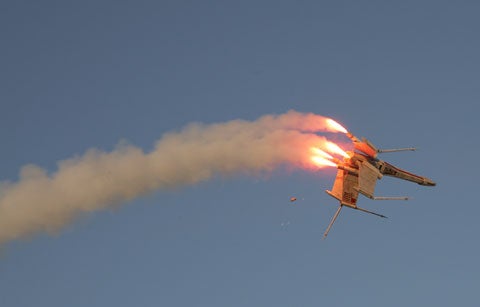