Chris Varenhorst, the MIT engineering student responsible for this hydraulic-powered door that can be opened with the tap of an … Continued 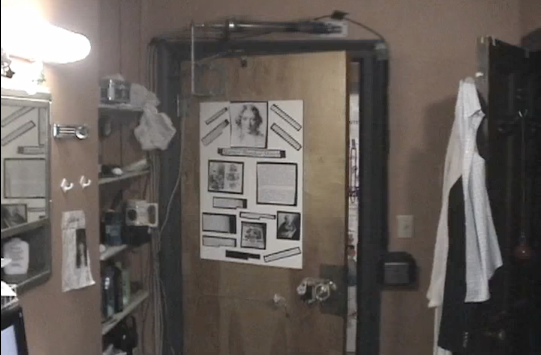 Chris Varenhorst, the MIT engineering student responsible for this hydraulic-powered door that can be opened with the tap of an iPhone app or the rap of a secret knock sequence, says that after a long day of studying, he doesn’t want to waste time messing with keys. We have a different theory.

Maybe, just like a brilliant mathematician who forgets how to perform basic arithmetic (or tie his shoes), this bookworm can’t _remember how to open a lock. Either way, there’s a lot to love about this DIY project. Varenhorst took a an old Pentium III computer running Ubuntu, a Phidget control board, plus a handfull of servos, solenoids, pistons and actuators, hacking them all together into this elaborate, iPhone-controlled door system.

Whether it’s the iPhone app that opens the door with a push of its icon, the responsiveness to the secret knock, or the fact that it taps into the dorm room sink (which no nerd needs) for its hydraulic power, I’m ultimately left envying the fruits of his labor. It also makes me wonder what other sorts of crazy projects these kids have in their dorms.