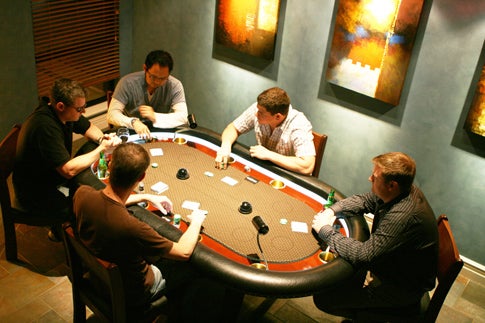 Every Friday night, about 10 regulars gather at my place in Perth, Australia, to play Texas Hold ‘Em. I’m the co-founder of a technology-services company, L7 Solutions. I’m also a chronic tinkerer and a poker lover.Last fall I decided to up the ante, so to speak, and started planning a table that could generate a video display showing what cards each player has, how much they bet, and their chances of winning the hand. It makes our humble games look just like the tournaments you see on TV.

Of course, some of my mates were skeptical that it wouldn’t come out looking cool, so I resolved to build something that would really wow them. I spent three months on the project, integrating radio-frequency-ID antennas and a central reader unit into a custom-built table to track the movement of tagged cards and chips. I also hooked up four video cameras and capture devices to record the action, and connected it all to my PC. Then I wrote software to generate graphics from the game data and lay it on top of a live video feed. It’s streamed to a high-def big screen, so the defeated players can watch the rest of the game in my viewing room — or, as I call it, the Losers’ Lounge. 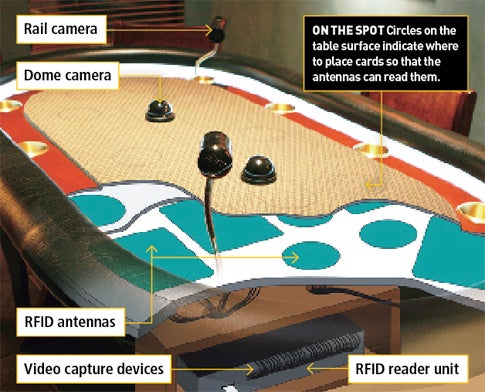 How The Video Poker Table Works

How The Video Poker Table Works

Capturing the Action
Four cameras (two dome, two rail) record the game, and capture devices convert the video to MPEG4 format and load it onto the PC. A custom software application combines the video files with RFID data from the tagged chips and cards to create a simulcast. (Televised tournaments instead use concealed cams to peek at players’ hands.)

Following the Money
The RFID reader tracks what cards are played and what chips have been bet. Milner’s Game Engine program reads that data and applies the rules of poker to come up with each player’s chance of winning the hand and to generate graphics to lay over the video. When a player dumps his cards over the antenna into the “muck” pile, the application notes that the player has folded.

Putting it Onscreen
A commercial library of code called TVideoGrabber contains instructions for getting the video from the capture devices to stream onscreen. The video-processing engine uses information from the Game Engine — such as who’s in, who’s out, who’s up and who’s down — to determine which camera feed to show during a hand. When only two players are left, the cameras zoom in on those players. 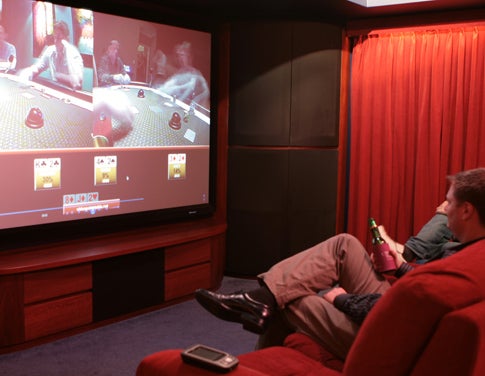 Losing players watch the rest of the game in another room