A Texas state senator earned an Ig Nobel for requiring permits to purchase laboratory glassware—one of many times the committee has used its position to spotlight people who hinder science. But just as often, scientists themselves are skewered: In 1993, the literature prize went to all 976 authors of a 10-page biology paper. Flickr user amylovesyah
SHARE 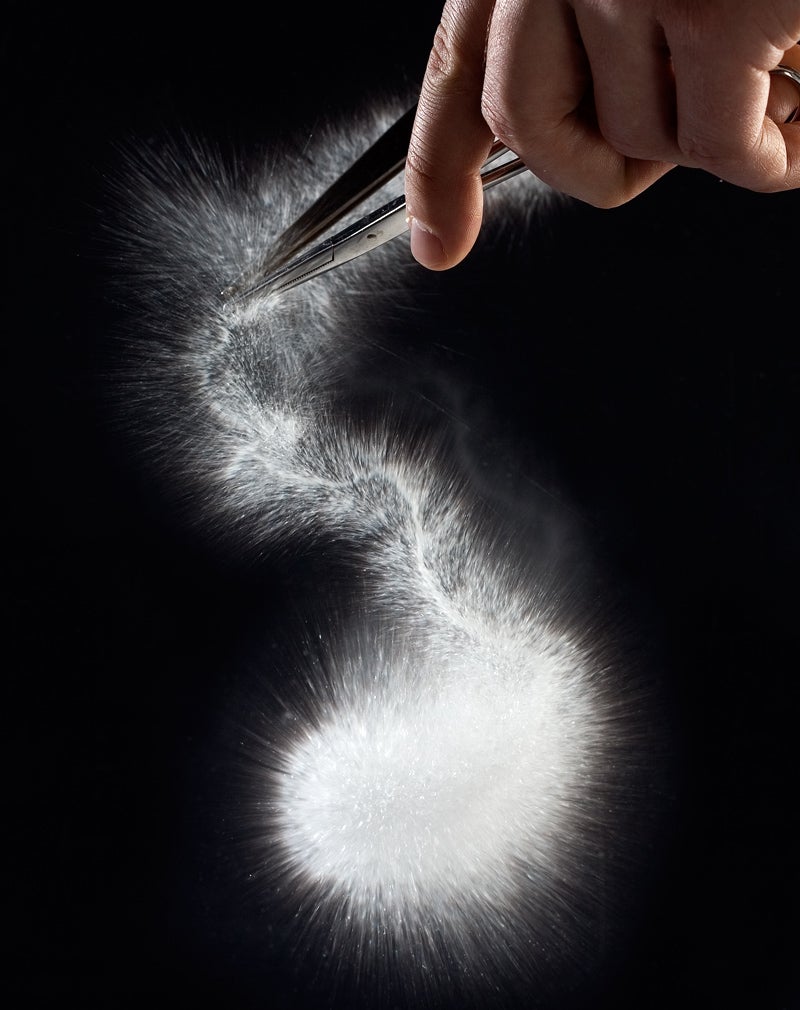 Break the tail of a Prince Rupert’s glass drop, and the whole thing explodes.

If you want a scientific display of the dangers of pent-up stress, Prince Rupert’s drops are it. After the trauma of being dropped molten-hot into a bucket of cold water, these glass balls, named for a 17th-century amateur scientist, turn into bundles of high tension. They’re impervious to even the strongest blows, until you find their hot button: Flick the tail, and they explode.

When molten glass hits cold water, its outer surface cools rapidly and shrinks as it solidifies. Since the center is still fluid, it can flow to adjust to the outer shell’s smaller size. As that center eventually cools and solidifies, it also shrinks, but now the outer shell is already solid and can’t change its shape to accommodate the smaller core. 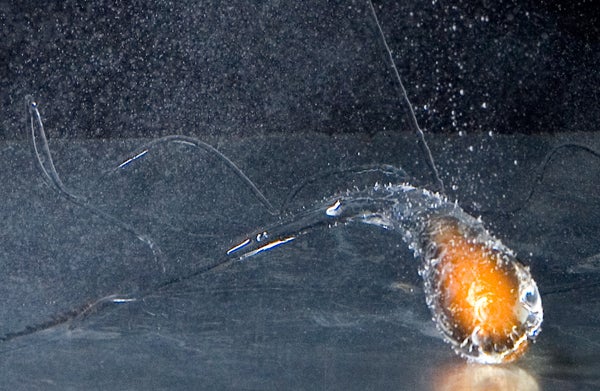 When molten glass drips into cold water, the outside cools—and shrinks—faster than the inside (still red-hot in this photo), creating pent-up tension.

The result is a great deal of internal stress, as the center pulls the outside in from all sides. Like a tightly wound spring, the glass is set to release a lot of energy. If you break the thin glass at the tail, a chain reaction travels like a shock wave through the drop. As each section breaks, it releases enough energy to break the next section, and so on, shattering the whole drop in less than a millisecond.

Paradoxically, the same tension also makes the Prince Rupert’s drop stronger. Glass breaks when tiny scratches pull apart and spread into fractures. Since the surface is compressed by internal stress, scratches can’t grow, and the glass is very difficult to break. I took a hammer to the thick end of some drops, which I got from a local glassmaker, and they stayed intact. Even the tail is stronger than it looks.

Tempered glass, common in cars and glass doors, works the same way. Jets of cold air are used to rapidly (but not too rapidly) cool the surface of hot sheets of glass, creating a milder internal tension that keeps the surface compressed at all times. That’s why tempered glass is extremely strong but shatters into thousands of pieces when it does finally break. This shattering actually makes it safer, because there are no large pieces to act like knives or spears. The lesson here is that stress makes you stronger, but inside that tough exterior lurks a potential explosion. And stay off my tail, OK?

_Achtung! Always wear eye protection when you are working with glass._

Like what you see? For more Gray Matter, head to popsci.com/graymatter. And for Theodore Gray’s one-of-a-kind periodic table poster, check out periodictable.com/posters