Gag with a Spoon

With the right mix of metals, you can make an alloy that turns to liquid at any temperature you choose

Mention liquid metal, and people immediately think of mercury. After all, it is the only metal that isn’t solid at room temperature. Well, not quite–it’s the only pure metal, but there are many alloys (mixtures of metals) that will melt well below that point. For example, the mercury-filled fever thermometers that children were told not to play with in the 1950s and ’60s have been replaced by virtually identical ones containing the far less toxic Galinstan, a patented liquid alloy of gallium, indium and tin.

Those who were kids in that era may also remember playing with another low-melting-point alloy: trick spoons that melted when you tried to stir your coffee with them. These were made with a blend that, no surprise, was highly toxic; it typically contained cadmium, lead, mercury or all three. But, as it happens, it’s possible to make alloys that liquefy in a hot drink using safer components.

A few months ago I created a batch of these prank spoons as a gift for my friend and fellow element buff Oliver Sacks (author of Awakenings and Uncle Tungsten). I cast jewelers’ molding rubber around a fancy spoon to form the mold. Then I looked up the formula for an alloy that would melt at 140 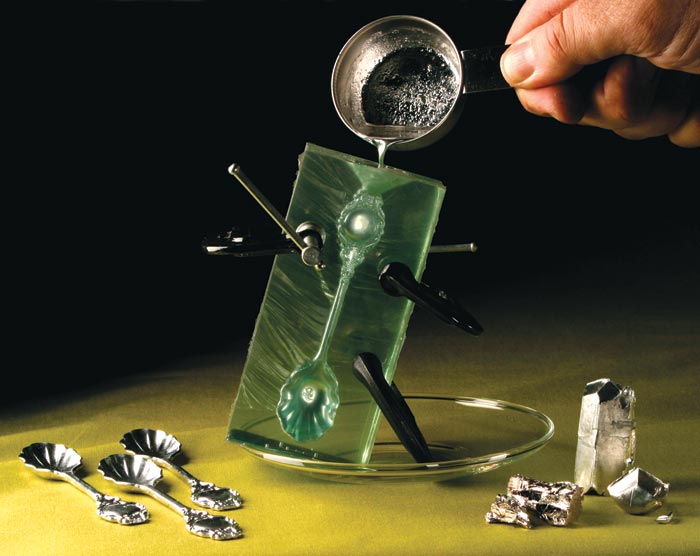 The author created the spoons by pouring molten alloy into a clear rubber mold. Next to it are the pure ingredients–from left to right: bismuth, indium and tin. 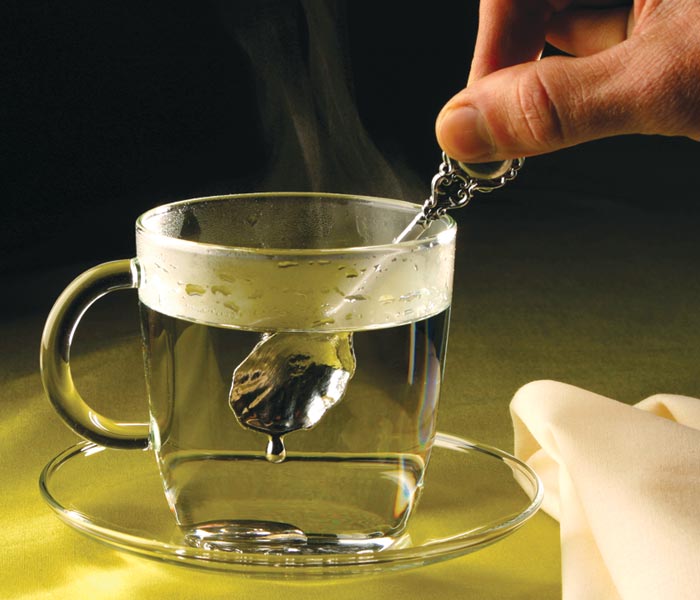 A steaming cup of water liquefies the spoon in about 15 seconds–notice the puddle at the bottom of the cup.