There are many ways to melt metal, but an arc furnace can liquefy almost anything you put in it, using only electricity.

About a century ago, having no television for entertainment, a famous French chemist named Henri Moissan decided to see what would happen if he stuck two carbon-graphite electrodes into an insulated box and ran a lot of electric current through them. He figured if he trapped and concentrated the heat produced by the arc he struck, he might be able to do something neat with it. (Yes, scientists get paid for thoughts like these.)

Moissan’s hunch was right–boy, was it right. He quickly found that with temperatures reaching 5,000 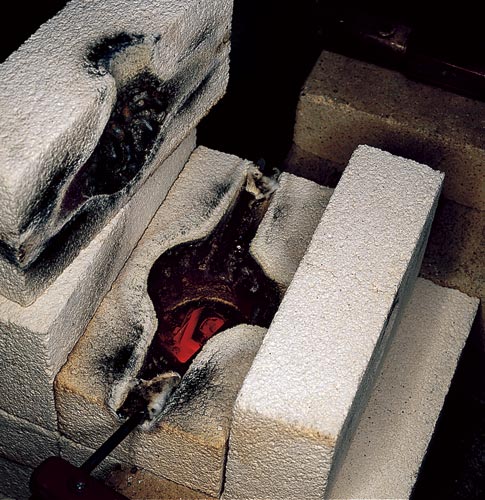 The silica walls of the still-glowing furnace have begun to liquefy and drip down. 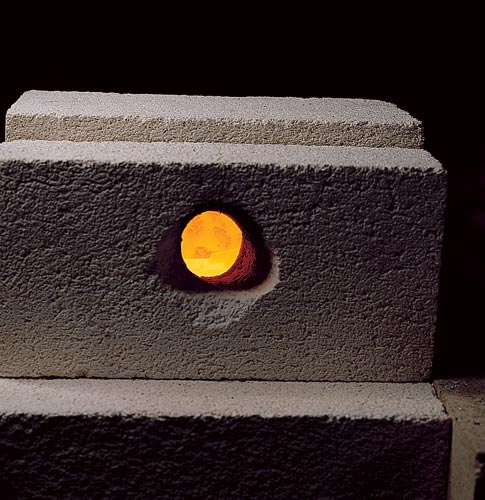 The viewing port allows you to see in to steer the arc around with the electrode handles. 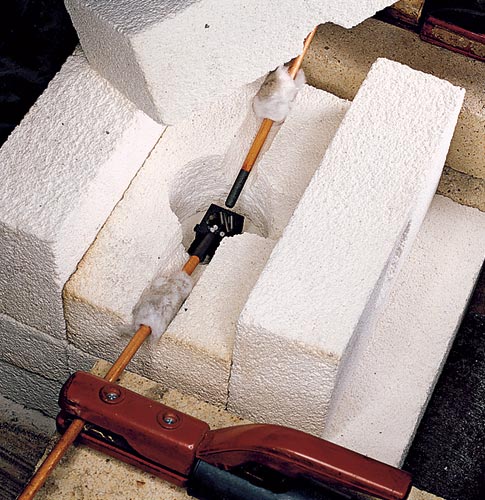 With the lid removed you can see the two quarter-inch copper-clad carbon electrodes and the graphite crucible holding some broken-up tungsten rod.