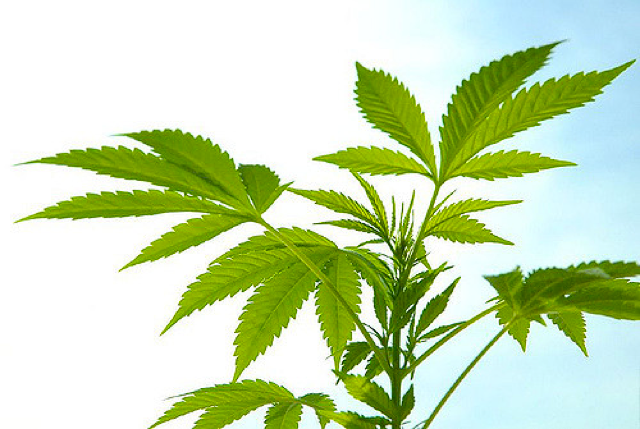 Could marijuana be used to help treat PTSD? That’s what the the United States Drug Enforcement Agency (DEA) is about to find out.

The agency, more commonly known for busting people for using drugs, recently approved the first U.S. clinical trial to develop the marijuana plant into a prescription medicine to treat PTSD symptoms. The randomized controlled trial—sponsored by the Multidisciplinary Association for Psychedelic Studies (MAPS), a nonprofit organization dedicated to alternative medicine —will document the effects of smoked marijuana on 76 war veterans who have chronic, treatment-resistant PTSD.

With the DEA already on board, the study been given the green light from every relevant federal agency, including the Food and Drug Administration (FDA), the National Institute on Drug Abuse (NIDA), and the Public Health Service (PHS). According to MAPS, the study is expected to start this year, once they receive the medical marijuana from the NIDA.

Although there is already significant evidence that marijuana could have a positive effect on PTSD patients, the U.S. Department of Veterans Affairs currently prohibits doctors from prescribing marijuana to patients even in states where it is legal, noting on its website that “controlled studies have not been conducted to evaluate the safety or effectiveness of medical marijuana for PTSD.” This has caused an unknown number of PTSD-affected veterans returning to the U.S. to circumvent the VA system, and also seek out illegal means of purchasing marijuana.