Everyone Became A Drone Pilot This Christmas 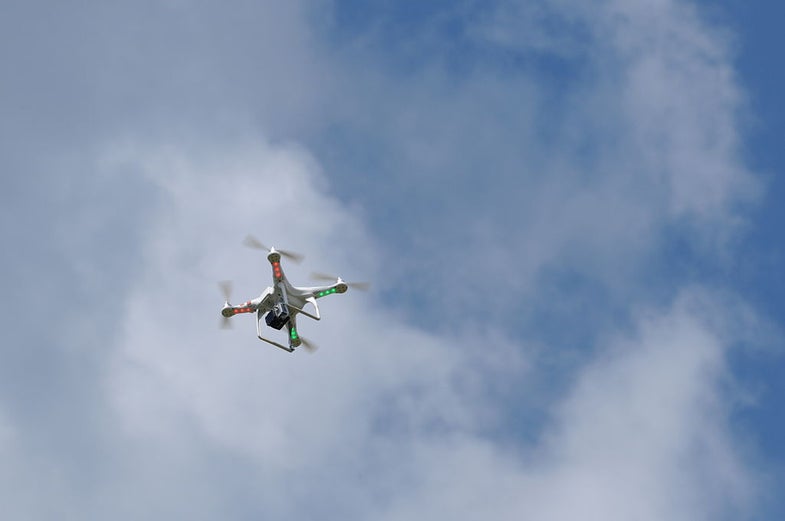 It’s likely that thousands of Americans opened up drones under their Christmas trees this year. Befitting their arboreal home, many soon found themselves piloted by amateurs and stuck in trees within minutes of use. Here’s what America’s newest crop of amateur drone pilots look like in action.

Carter Cole’s “Drone flight one” has all the tropes of the new Christmas drone video: a pilot in pajamas, a shaky camera, and lots of close-ups of the ground:

Danny Ormiston’s “DJI Phantom Ghost Crash” is a robo-tragedy in under two minutes. With a newly unwrapped drone only 32 hours old, a test flight in the neighborhood ends on a sad note, as the drone apparently flees its human masters for the comfort of the treetops before, like Icarus, it falls from the sky in a dizzying spin:

It wasn’t all sad endings and crashed quadcopters, though! Tom DesLongchamp’s “2014 Drone Mania” is aptly subtitled “I got a drone for christmas and so did you.” His drone surveys a neighborhood, set to an upbeat soundtrack, and captures some amazing skyline footage before an abrupt descent and landing

This is hardly a comprehensive list. A broad swath of new drone crash videos can be found here, with surely more to come over the next few weeks.

New pilots looking for guidance can turn to the Don’t Fly Drones Here map, which includes many but not all areas that are off limits to drone pilots, like national parks and airports. For extra credit, several drone hobbyist and industry groups produced a video on drone user guidelines, endorsed by the FAA, anticipating just this sort of thing.