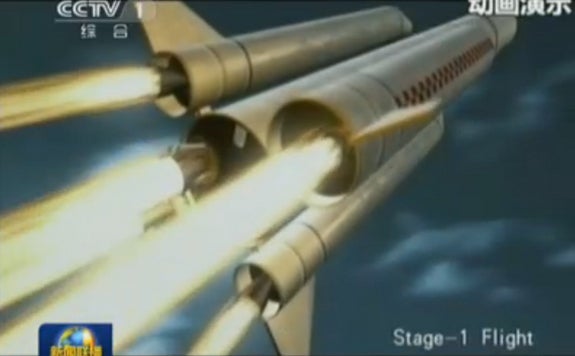 This CGI footage from Chinese state television gives us a clear idea of what the LM-5 would look like in action, including its two main YF-100 120 ton thrust engines, as well as its four boosters. CCTV 1 via space.com
SHARE

The Long March 5 Prototype undergoes assembly and integration testing in the top picture, the bottom shows a crane lifting one of the main fuel tanks.

On sunny, tropical Hainan Island, China is assembling its largest-ever space rocket, the Long March 5. Chinese authorities state that this LM-5 prototype will launch in early 2016 from the Wenchang Space Launch Center. The LM-5 is a 62-meter-tall, 800-ton rocket which can carry up to 25 tons into low Earth orbit, or a 14-ton spacecraft bound for Mars or the Moon.

This CGI footage from Chinese state television gives us a clear idea of what the LM-5 would look like in action, including its two main YF-100 120 ton thrust engines, as well as its four boosters. 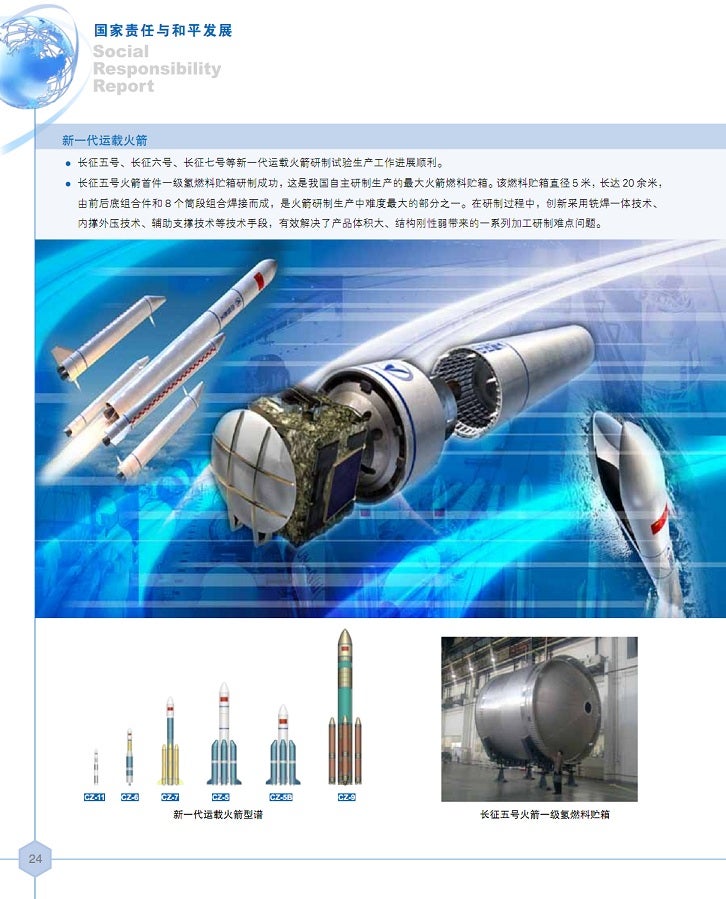 The assembly testing is a vital step in testing systems integration, on key parts like electrical equipment, sensors and connective valves. As a promising start for the LM-5’s progress, its YF-100 engine will be first tested this year by the launch of the Long March 6 light space launch rocket (the medium Long March 7 space launch rocket also uses the YF-100). Producing thrust up to 120 tons, the YF-100 uses liquid oxygen and kerosene as its propellants, providing a more environmentally friendly burn compared to current Chinese propellants. The LM-5’s diameter, a large 5 meters, would allow it to carry outsized loads like advanced spy satellites, Shenlong spaceplane and Shenzhou manned space capsules, as well as the modules for China’s new Tiangong 2 space station. 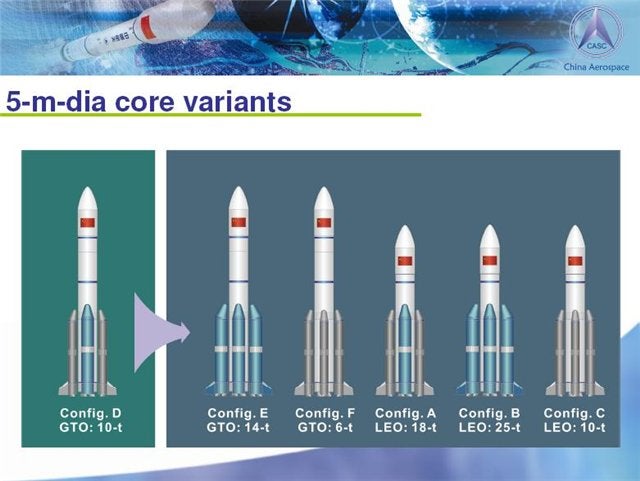 This CASIC graphic goes into detail on the various Long March 5 variants, including the 25 ton payload to low earth orbit, and 14 ton payload to geosynchronous earth orbit (the later is taller since it has an additional stage to reach the higher orbit).

China’s progress in building a large space rocket would boost its military and scientific space capabilities in significant ways. As mentioned, the LM-5 would allow China to launch larger (and more effective) spy imaging satellites and unmanned spaceplanes. But its heavy launch capability would also give Chinese scientists the means not only to send space probes, orbiters and rovers to just Mars and the Moon, but also beyond the asteroid belt to the gas giants and their mysterious moons.

The Little Space Tug that Can