While China has made many recent advances in defense space technology, it still lags behind the U.S. when it comes... 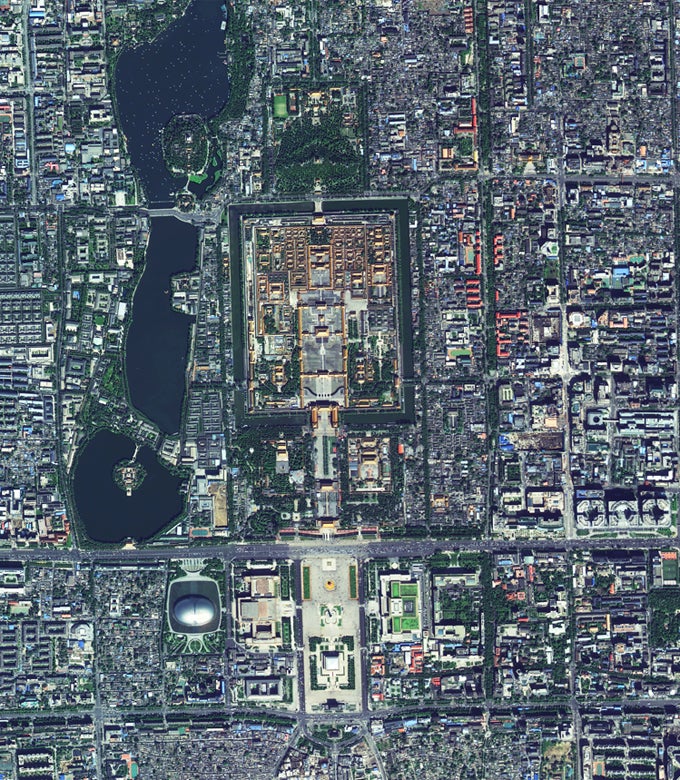 This photo of Beijing, centered around the historic Forbidden City palace complex, was taken by Gaofen-2, China's most advanced satellite. With a resolution of 80cm, Xinhua News Agency notes that the satellite can even take pictures of the "zebra stripes" on pedestrian crosswalks. State Administration of Science, Technology and Industry for National Defense
SHARE

While China has made many recent advances in defense space technology, it still lags behind the U.S. when it comes to imaging satellites. But recent news shows it is catching up. On September 29, 2014, the Gaofen 2 released a series of stunning 1 meter resolution imagery of Beijing and Shanghai . China plans to launch another 5 satellites before 2020 to complete its China Earth Observation System (CHEOS). Those 5 satellites will include hyperspectral sensors, infrared sensors and synthetic aperture radar. 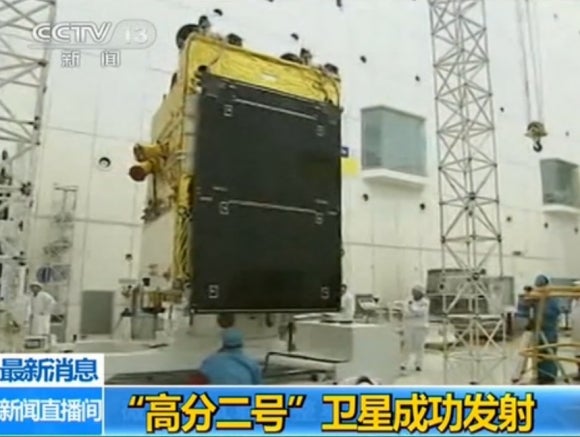 The Gaofen 2 is shown here in this CCTV 13 news broadcast, while undergoing assembly. Judging by the personnel in the screen garb, the bottom surface of the satellite, which would hold the camera lens, has an area of between 3 to 4 square meters. That suggests that the camera lens would have an aperture (diameter) of 1 to 1.2 meters. 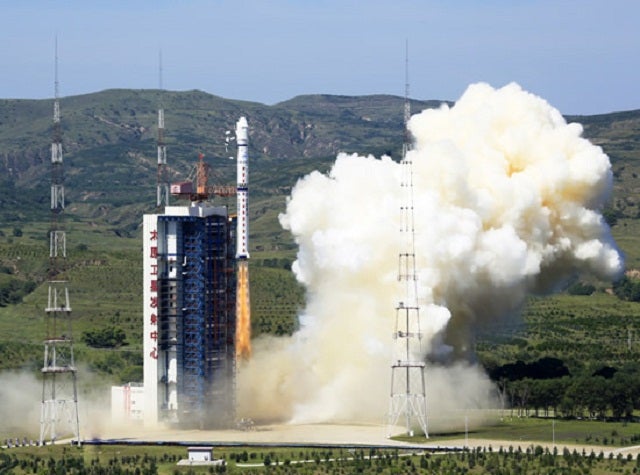 Gaofen 2 launched on August 19, 2014. The usage of the Long March 4 rocket suggests that the satellite’s weight is between 1-2 tons.

The Gaofen 2 was launched on August 19, 2014 by a LM-4B rocket and currently speeds past at an orbit 630km above the Earth’s surface. It has a resolution of up to 80 centimeters in panchromatic setting, and can instantly cover an area of up to 48km across. Resolution, in satellite imagery, is defined as the ability to distinguish between two objects (for example, a 3 meter resolution would allow one to identify two tanks parked side by side). In contrast, the U.S KH-11 Kennan Block IV spy satellites is widely believed to have an image resolution of about 10cm-15 cm, though it orbits at a much lower altitude and has a 2.4+ meter wide lens (images of the Gaofen 2 suggests it has a 1-1.2 meter wide lens). As a caveat, it is important to remember that China could have understated the actual imaging resolution of the Gaofen 2, with resolution below 80 cm classified only for military usage. 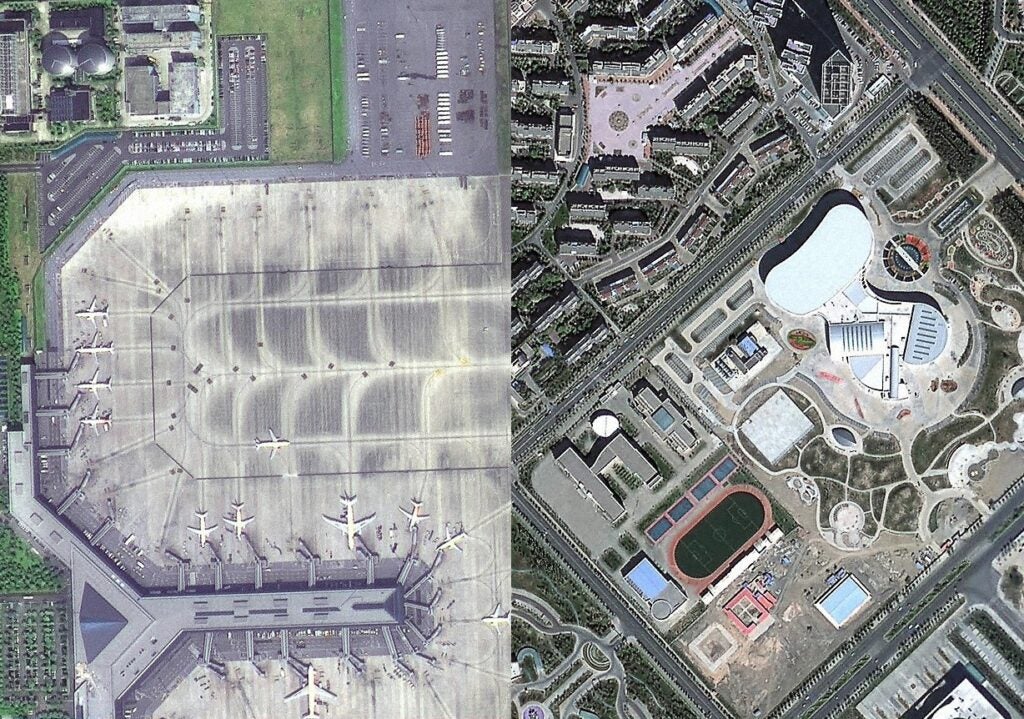 Shown here is the Shanghai airport on the left, and the Beijing Olympic Stadium on the right. The Gaofen 2 provides a level of detail that not only can one distinguish smaller airliners like the Boeing 737 and Airbus 320 from larger Boeing 777 type jetliners, but also see the engine nacelles on the smaller airliners. This level of detail could be used to identify enemy warships and fighters for targeting.

However, a 80 cm resolution would be sufficient for a range of Chinese strategic intelligence needs, such as counting the number of Vietnamese fighters, tracking the location of a U.S. aircraft carrier, or monitoring Taiwanese tunnel construction activity. Most tellingly of the dual use nature of imaging satellites, it is operated by the State Administration of Science, Technology and Industry for National Defense; the State Administration says it plans to use the Gaofen 2 for civilian purposes of ” disaster relief, land use surveillance and mineral resource surveys”. Of course, just as the U.S. Defense Department purchases satellite imagery from vendors GeoEye and Digital Global, the PLA will probably have access to the Gaofen 2 if the need arises.