The Cassia Hub controls your Bluetooth devices from 1000 feet away

And even some over wi-fi 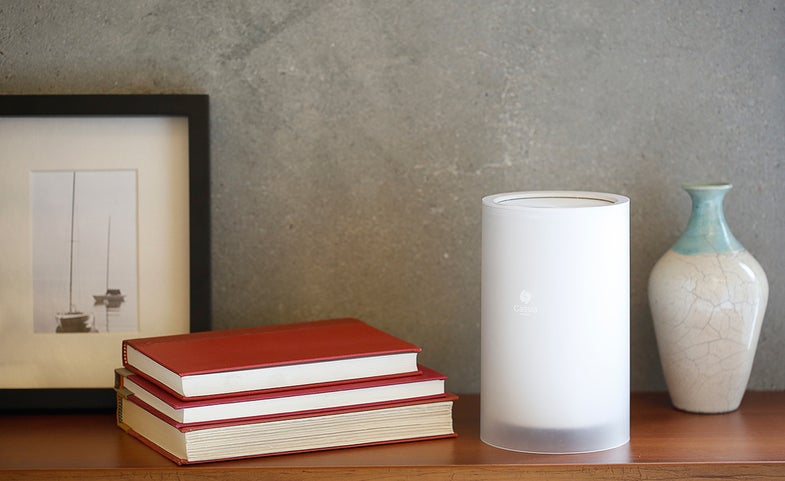 Bluetooth is great, until you walk more than about 50 feet away from any of your devices.

The Cassia Hub, announced at CES today, wants to make Bluetooth better. It takes the router’s idea of a central device that can talk to every other connected device in the home, and bridges it to Bluetooth, which is more popular for things like small speakers.

Cassia claims that their device can work up to 1000 feet with 22 devices, which is far, far more than the standard range for Bluetooth. The Hub itself also connects to the internet, so some simple Bluetooth devices can be controlled remotely.

Founder and CEO Feliz Zhao formerly worked as an engineer as Cisco, and then did a stint as an executive at Aruba before developing the protocol that the Cassia Hub operates on.

“We developed the Cassia Hub because we noticed there wasn’t a universal standard of communication between the ever-growing pile of Internet connected devices,” Zhao said in a press release.

Bluetooth itself is getting an overhaul in a few months. In November 2015, the Bluetooth Special Interest Group promised four times the range, double the speed and mesh networking in 2016, in an update to Bluetooth 4.2.

Bluetooth works from about 30-50 feet depending on the device right now, and maxes out around 25 Mbps. Adding mesh networking means that Bluetooth devices would be able to look for other devices and relay signals, extending the range of the group.

But the new Bluetooth 4.2 won’t work on devices you already own, so if you already own a bunch of things that you would like to connect to the internet at a distance, the Cassia Hub might be your best bet.

The Cassia Hub will begin shipping in Q1 2016, and Cassia is also selling a bunch of devices made to work with the Hub, like LED lights, speakers, and smart outlets to control the flow of electricity to non-smart devices.