How to save the waning U.S. Postal Service 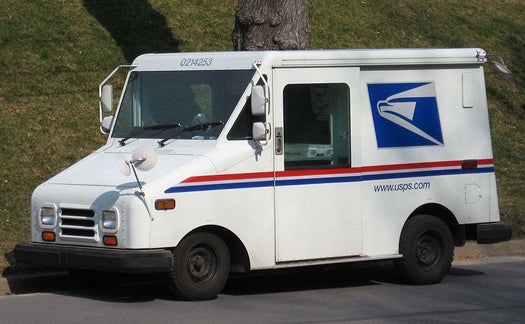 It may deliver in snow, rain, heat, and gloom of night, but the U.S. Postal Service can’t seem to deliver a net-positive operating budget. Even after drastically cutting personnel last year, the USPS still went $8.5 billion into the red, a budget gap that could lead to insolvency this year. But in an op-ed in Saturday’s NYT, Chief Counsel to the Chairman of the Postal Regulatory Commission Michael Ravnitzky proposed an interesting idea to help the Postal Service get back in the black: turn mail trucks into a data-producing nationwide sensor network.

Ravnitzky’s idea (which he’s careful to point out is his and not that of his employer) is to take the USPS’s biggest asset – it’s massive fleet of vehicles – and turn them into the most robust data collecting operation in the land. Right now each truck has a single purpose: to deliver mail. But fitted with an array of cheap sensors, mail trucks could wireless deliver real time information on weather, pollutants, traffic, road conditions, and even locate gaps in cell phone coverage and television signals.

Their regular routes cover most American roadways each and every day in predictable patterns, making it easy to establish a baseline map of normal conditions that would very clearly express anomalies. Accelerometers could log pothole locations and patches of rough road that require maintenance. Sensor arrays could even contribute to homeland security, acting as a first line in the detection of chemical, radiological, or biological threats. And of course, the USPS could make this data available to businesses and researchers – at a reasonable fee.

As ideas go, it’s not a bad one. Sensors tech gets cheaper all the time, and it derives added value from an existing system rather than requiring a new one. New York City did something similar when it required all cabs to begin carrying GPS locators, and that initiative has provided the city with reams of real time traffic data that has in turn led to changes in the way traffic is managed. A nationwide network could do the same thing, but it could reach far beyond traffic patterns to the sciences, national security, and a host of other fields.

Plus, it might just deliver the Postal Service from insolvency.