In a high-velocity demonstration that proves green and badass can coexist in the same vehicle, Mission Motors has set a... 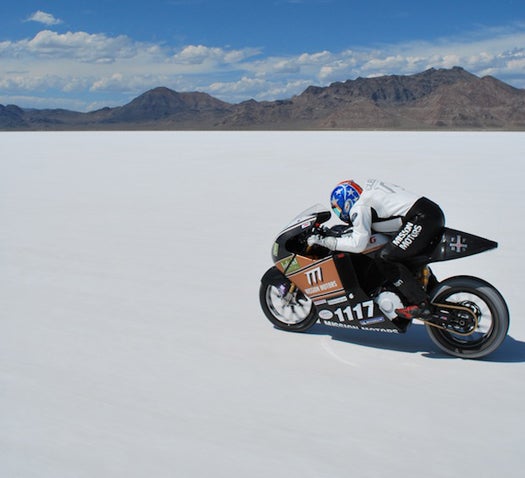 In a high-velocity demonstration that proves green and badass can coexist in the same vehicle, Mission Motors has set a new speed record for electric motorcycles.

Topping out at 161 mph, the Mission One motorcycle beat out 70 percent of the gasoline-burning bikes during a recent event at the Bonneville Speedway in Utah.

Announced at the last TED conference, the bike was deliberately designed to become the fastest electric bike of all time. Now, the bike has not only won that title, but also gilded the lily by pulling a wheelie at 80 mph. The Mission One has a range of 150 miles, down from the 200-mile range proposed at the TED conference.

The Mission One bike that broke the record is a production model, so customers will receive the exact same level of eco-friendly horsepower. The initial run will produce around 300 bikes, which will become available next year. 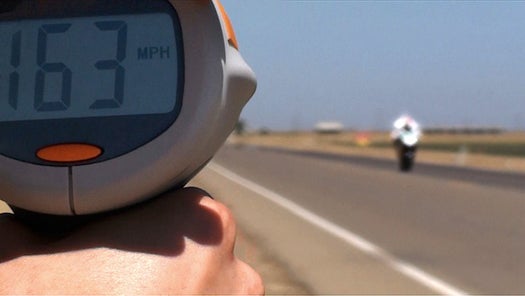 Looks Great, But How’s His Curveball?

The Mission One now joins the Tesla Roadster as part of the first class of high-performance electric vehicles. To see the bike in action, check out the video below.