Chrysler reveals what could be its best-kept secret: an electric-car program 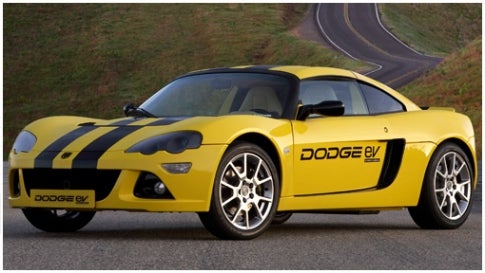 Not to be outdone by GM’s Chevy Volt hoopla last week, Chrysler today revealed three prototypes from its own electric-car program earlier today on CNBC. Who knew Chrysler had an electric-car program? Practically no one. But the company calls it ENVI, pronounced “envy,” and the first consumer product from the program could appear as early as 2010.

Each of the cars revealed are electric-drive vehicles, one of which is an all-electric sports car with more than just a visual connection to the Tesla Roadster. It’s called the Dodge EV, and by the looks of it, Dodge has appropriated the body and chassis of the Lotus Europa, a mid-engine GT car not sold in the U.S. Chrysler isn’t discussing where it got the rolling stock, but it is talking about the drive system. The two-passenger, rear-wheel-drive speedster is powered by a 200 kW (268 horsepower) electric motor, an advanced lithium-ion battery, and an integrated power controller. The electric-drive motor produces 480 pound-feet of torque, which can take the Dodge EV from zero to 60 mph in less than five seconds, on to a top speed of more than 120 mph.

The other two vehicles — the Chrysler EV minivan and the Jeep EV Wrangler four-door — share a similar powertrain setup as the Chevrolet Volt. That is, an electric motor drives the wheels and a small gas engine is assigned to charging the batteries as needed, and providing enough power to extend the cars’ electric range. Like Chevrolet, Chrysler isn’t calling these cars hybrids (though most engineers refer to such systems as “series hybrid”) — rather they’re “range-extended electric vehicles.”

Chrysler says it intends to bring at least one of the electric-drive vehicles to market by 2010 to consumers in North America, and later in Europe. 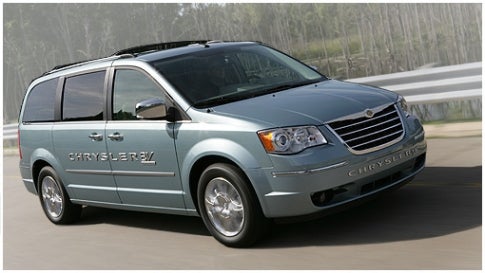 The seven-passenger Chrysler EV is Chrysler Town & Country minivan fitted with an electric motor to drive the wheels and a gas engine to charge the batteries and extend the range. Engineers generally call this setup a series hybrid. 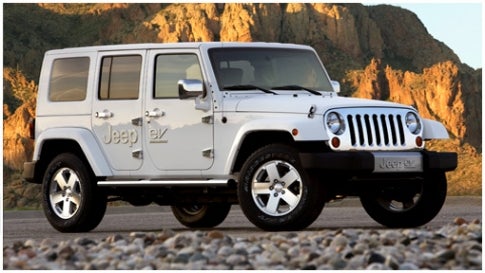 The Jeep EV is a electric-driven vehicle that combines an electric motor and lithium-ion battery with a small gasoline engine and integrated electric generator to extend the range from 40 miles on battery alone to 400 miles.
alternative energy
Cars
chrysler
dodge
electric cars