How do you make the millions in R&D; cash spent on a groundbreaking gas-electric powertrain pay off? Easy -- spread the wealth 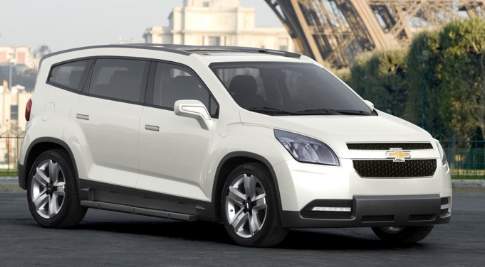 GM bosses say the Chevrolet Orlando concept will come to market in 2011. But will it also be the next vehicle to get GM's gas-electric Voltic powertrain?. General Motors
SHARE

With GM having spent a reported $1 billion bringing the Chevrolet Volt to fruition, spreading out the risk among several models could be the key to paying down the R&D tab on its gas-electric engine. And tapping into the family-mover market wouldn’t hurt either. Enter the Chevrolet Orlando. GM unveiled the attractive minivan concept at the Detroit auto show this past January, with a target release date of 2011. The Orlando may also come with an option other than juice-box holders and Band-Aid cubbies: The Chevrolet Volt’s Voltec (formerly E-Flex) powertrain.

Ex-vice chairman and new marketing boss Bob Lutz told the GM-Volt blog that the company is studying how it might port the Volt’s drive system over to the Orlando. A hybrid vehicle with space for a large brood seems to be a logical next plateau in the rise of the gas-electric powerplant. GM is adamant about not calling the Volt a hybrid, but an “extended-range electric” vehicle, considering only the electric motor will drive the wheels (the gas engine will only charge the batteries).

Of course, car companies study lots of things, not all of which show up on dealerships’ lots. But if GM can work out the details of both getting the Volt to market and shoehorning the new engine into a minivan, the company will meet what’s likely a pent-up demand for a truly high-mileage people mover; one that can get from Long Island to Disney World with a load of DVD-addled, purple-ketchup junkies looking for an adrenaline fix.