What's the most polluting ride around? The answer may surprise you 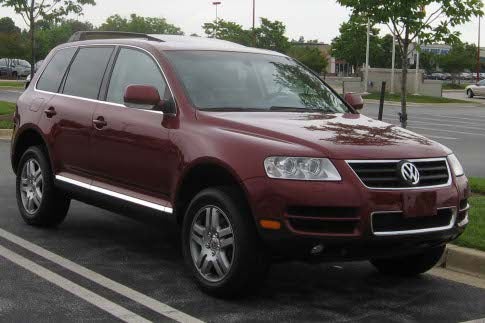 In the latest Forbes list of the 10 worst polluters, you’ll find the usual suspects including the Hummer H2 and Chevy Suburban 2500 (tied for fifth place). But at the top of the list is an SUV that hasn’t received its fair share of environmental scorn: the Volkswagen Touareg V10 TDI.

The Environmental Protection Agency gave the TDI an air pollution score of 1 out of 10, the lowest possible, thanks to a beefy turbo-diesel engine that emits embarrassing amounts of exhaust. The Jeep Grand Cherokee CRD, in second place, also got an EPA air pollution score of 1. Most vehicles score a 6, and hybrids such as the Ford Escape, Honda Civic and Toyota Prius rate a 9.5.

And don’t assume that the worst polluters are always SUVs or trucks. Several performance cars from Mercedes-Benz and BMW made the Forbes list, and these gasoline-powered cars have even bigger carbon footprints than the diesel TDI because of their poor fuel efficiency. (The EPA air pollution scores that Forbes used for its rankings are based on smog-forming emissions rather than on greenhouse gas emissions.)

Fortunately, the Touareg diesel that is expected to go on sale later this year will have a new exhaust system that could bring its EPA air pollution score up to 6. Several other manufacturers are also introducing cleaner diesels for the 2009 model year.