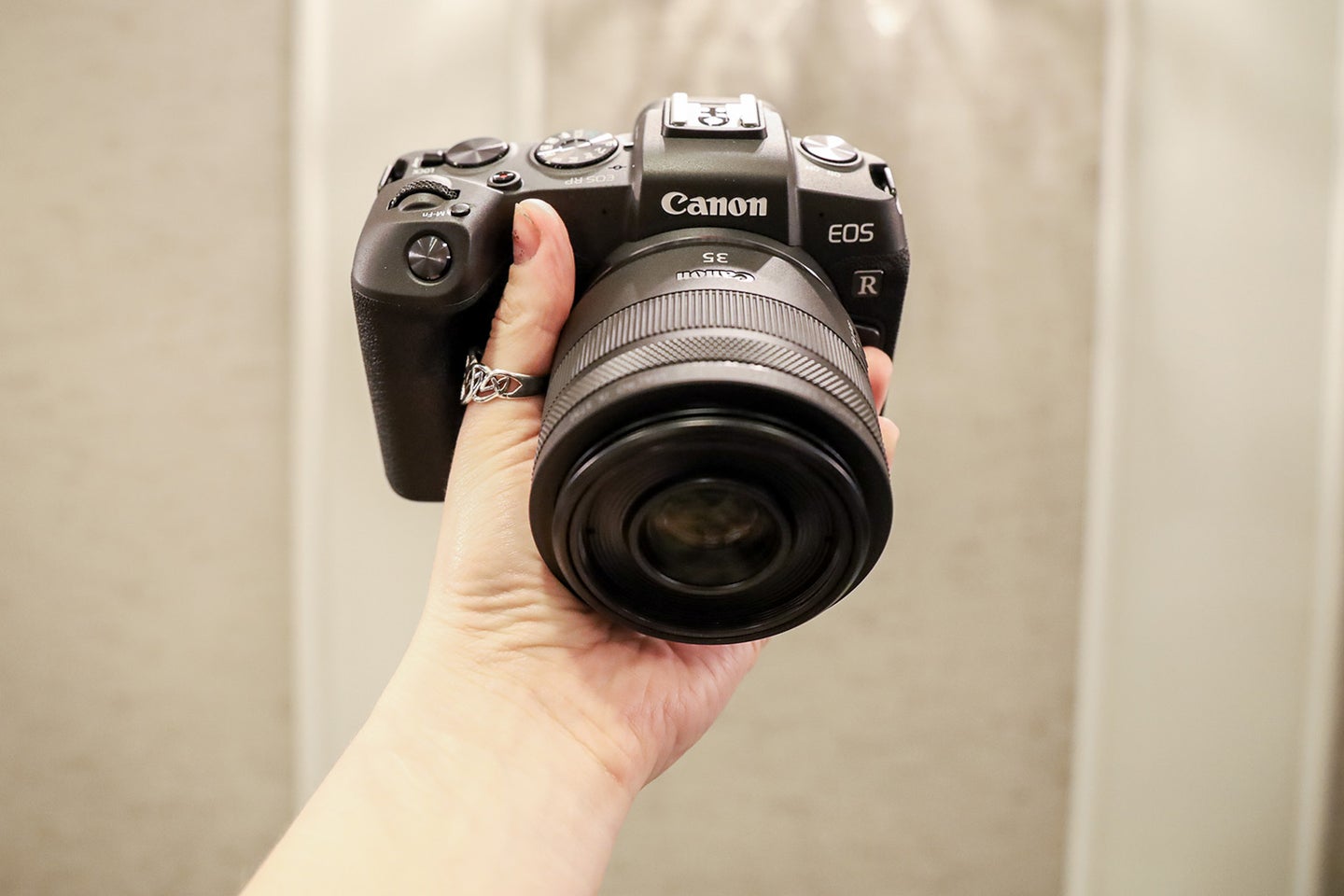 Last night Canon announced the arrival of the Canon EOS RP, the second full-frame mirrorless camera in the new R line. It’s ultra-lightweight (only 17.29 ounces) and cost efficient full-frame camera aimed at shooters who are looking to upgrade to from an APS-C setup. A top level overview of the specs on the new camera can be found in the announcement post.

The EOS RP features the same RF mount with a 54mm internal diameter and short 20mm flange distance as the EOS R. This means any of the existing RF lenses developed for the EOS R will work with the RP, although some of them might make this lightweight camera feel a bit unbalanced.

The EOS RP is essentially a more lightweight version of the EOS R. Because of its small size Canon is selling the camera with an option extension grip. The camera feels fine in hand without it, especially if you are shooting with a 35mm prime lens, but during my time with the EOS RP I found the add on to be quite useful, especially when shooting with some larger pieces of glass like the RF 28-70mm F2 L USM.

The rear and front dials on the camera are well positioned and easy to access while shooting.

The EOS RP is aimed at entry level shooters and the experience of shooting with it was on par with that. A fun walking around camera for casual shots, but not something you’d want to rely on in professional situations.

The autofocus on the EOS RP is a fine match to the EOS R, it’s quite speedy, especially if you are shooting with RF lenses. Face and eye detection AF now works in continuous shooting mode and single shot mode. It gives you the option of which eye to focus on and once its engaged it works quite well. We’re guessing this function will get a lot of use for shooters who are using this camera to photograph their families. Subject tracking in the camera is also quite good.

The touch screen on the EOS RP is easy to use and accurate. It is fairly sensitive though. During my time with the EOS RP there were a number of times where the camera was turned on, slung over my shoulder, and would activate shutter release mode with the touchscreen. A setting that is not nearly as useful as touch focus.

A new mode called focus bracketing is useful for close up and macro photography. The function lets you shoot between 1-999 images and specify the increments that will be applied to every image in the series. It may sound complicated, but the function is very simple to use. You simply select the focal point closest to the lens in the frame, release the shutter, and the camera will do the rest. Images can then be merged in Canon’s DPP software. You will obviously want to have the camera on a tripod when using this function.

The EOS RP uses the same LP-E17 batteries as the Rebel, and its lifespan isn’t great. After approximately a half day of shooting the battery in the camera was down to a single bar. For a really casual shooter this might not be a problem, but if you have a full day outing planned you will certainly want to bring along some fully charged spares.

Although the senor in the EOS RP isn’t as good as what’s found in the EOS R, and some shooters will gawk at the camera’s ability to only shoot 4fps, you really can’t beat the price point on this one. The EOS RP body will be selling for $1299, the most inexpensive full-frame mirrorless camera to date, and if you purchase before March 30 will come with a free extension grip and lens adapter for EF lenses.

We dug the simplified body controls and the compact size. And were impressed by the images that the camera produced—which really at the end of the day, is the most important aspect.

For APS-C shooters looking to upgrade to their first full-frame mirrorless camera or even folks looking to buy their first camera, we think the EOS RP will be a great option. Check out more of our sample images from the camera below.