Shoot video underwater, with no hands 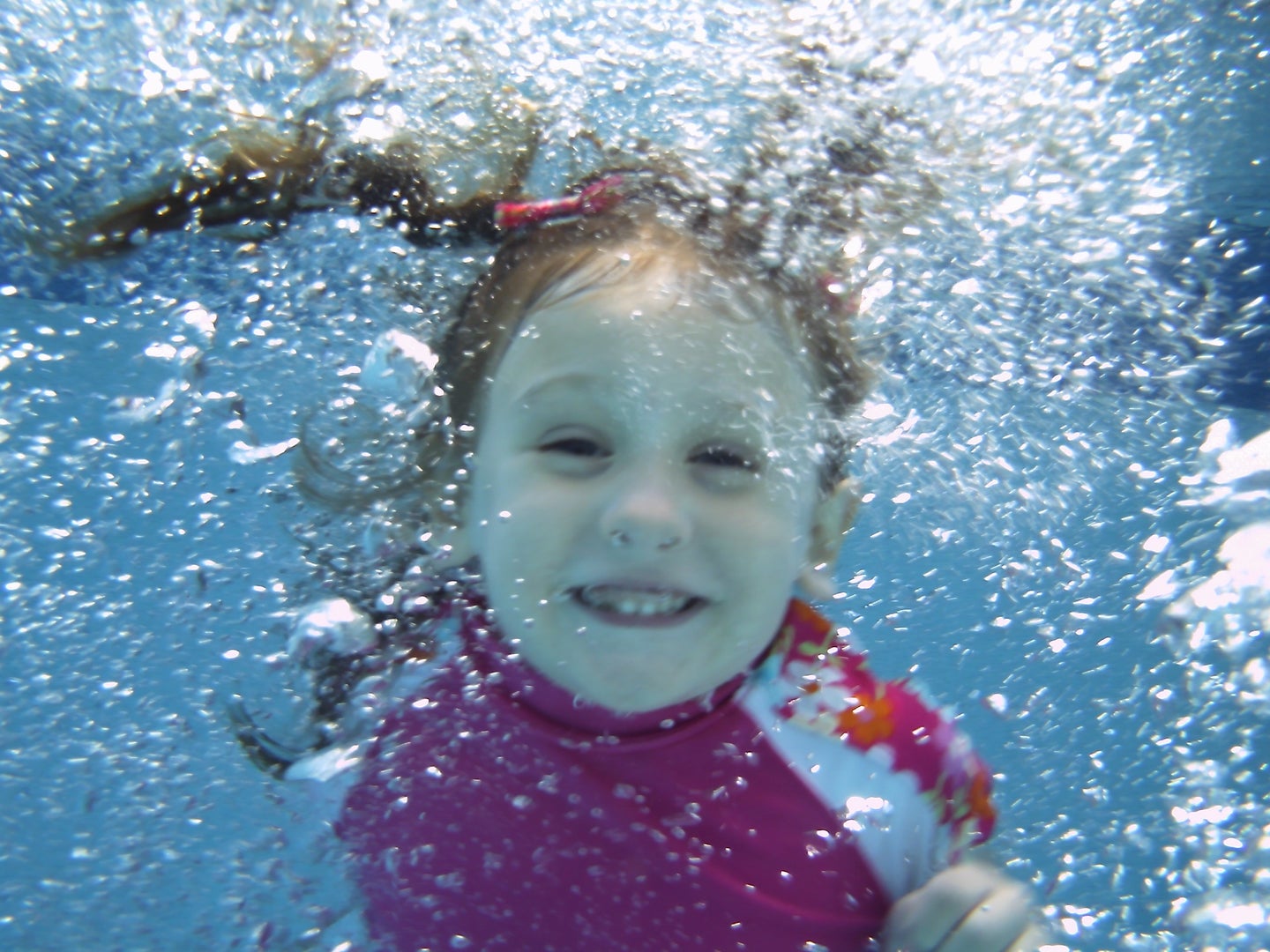 Thirty-five millimeter film is dead. Everyone over the age of nine now owns a three-megapixel digital camera with a 10X optical zoom. Parents upgrading to telescopic lenses are passing down their relics to kids who can’t aim and have never loaded a roll of film. In the digital revolution, the disposable camera was merely an innocent bystander (along with Polaroid). But at dive shops and drug stores, the single-use underwater film camera has survived as the practical option for honeymoon photography and pool party documentation. With the recent launch of the 5.0-megapixel Digital Underwater Camera Mask from Liquid Image ($99; a 3.1-megapixel version costs $79), the end is near. To see how potent the gadget could be, I spent an afternoon underwater attempting to document a most difficult subject matter: two kids under the age of seven. 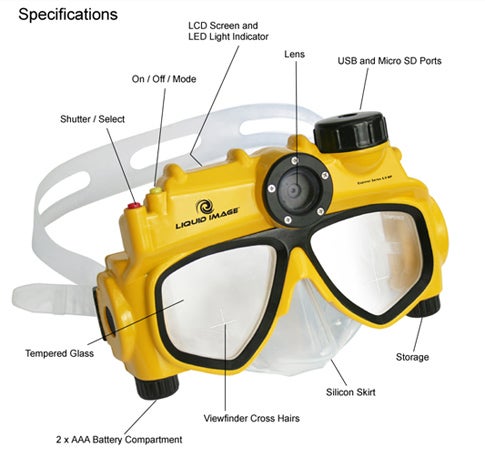 I don’t live near a reef, so testing the camera on a snorkeling expedition was a bit cost-prohibitive. But with two nieces never shy of a photo-op, I focused my product evaluation on the second most logical application — the household pool.

The smartly packaged mask was intuitive to use, and didn’t feel much heavier than a normal mask. A yellow button on the upper right side of the mask snaps pictures and starts or stops video. A second red button, raised at a different level, serves as a power switch and toggles between video and camera mode. A red light, visible underwater in picture mode, switches off briefly when a photo is taken, until the camera is ready for the next shot. In video mode, a blue light shines when on standby, and blinks when the camera is rolling, to ensure you don’t waste battery and disk space. A standard USB port allows quick transfer, and an expandable microSD slot lets you upgrade from the 16MB internal memory that holds 27 to 35 photos, or 40 to 50 seconds of video. Two AA lithium batteries are included. Liquid Image claims they’ll last for 400 pictures or 30 minutes of video, but the kids got a bit tired before I could fully test that claim. Standard AAs work just fine as well. The camera smartly turns off after two minutes of inactivity. It even includes a storage compartment for lip balm, cash, or two extra batteries. The mask comes packaged in an adequate plastic box, and some photo editing software is included that’s unnecessary and never reached my CD drive.

The toughest challenge was learning to aim. Crosshairs on the mask are supposed provide direction, but I’d recommend some old-fashioned trial and error in a pool before you take it on the honeymoon and cut off the head of your new wife. In the end you’ll likely miss on about 50 percent of your shots, which in the world of digital is totally acceptable. The lack of a LCD screen is understandable but still frustrating in the era of instant gratification. The camera takes a second between photos, which camera gurus won’t like, and means you might miss a few fast-moving creatures.

The model I tested is rated for 15 feet, which is plenty for most snorkelers, but the camera won’t tag along with any freedivers. There’s no flash, which could be a problem for cloudy days in a dark ocean but wasn’t an issue in the Florida sun. Liquid Image plans a scuba version rated for 30 meters with a light attachment in the near future.

How young can you get your scuba license?