Boeing And BlackBerry Team Up To Make Top Secret Phone

This phone will self-destruct in 30 seconds 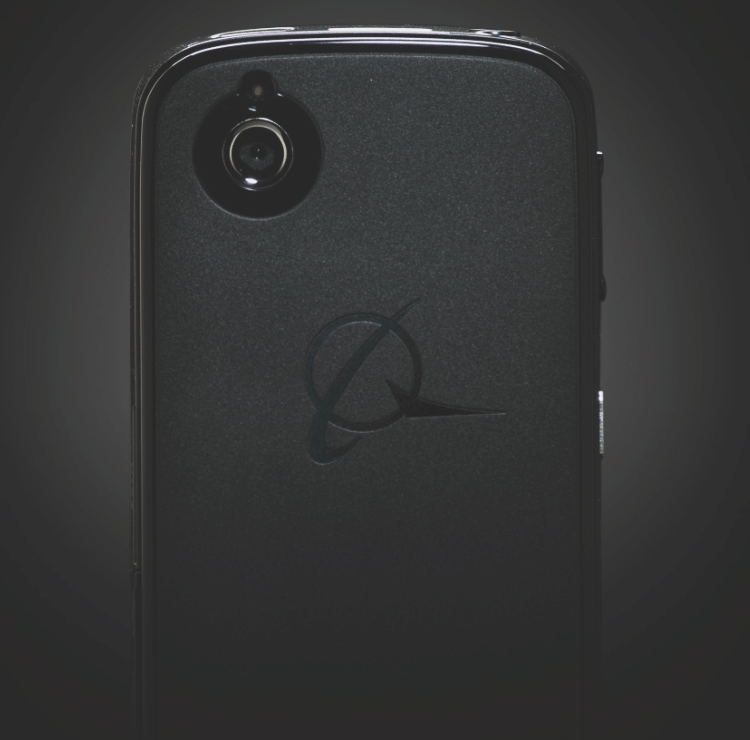 We already have the Blackphone for the security-conscious consumer, but now aerospace giant Boeing is looking to create its own bespoke secret phone for people working on defense and national-security contracts, the Boeing Black. (Black is, apparently, all the rage in security circles.)

The company’s working with (don’t call it a comeback) BlackBerry to create the device. Like the Blackphone, the Boeing Black is based on Android, and it contains a number of security features. For one thing, it features an entirely sealed case—we’re talking glue and epoxy here—and if some nefarious party should attempt to tamper with the phone by prying the case open, the phone will automatically wipe all of the data on it. (Sadly, we suspect it will not vaporize its components in a puff of smoke.)

In addition to that failsafe, the phone also supports dual SIM cards, one for standard cell phone networks, and a second for sensitive government networks. (That would provide a more pedestrian convenience: I recently met someone who worked for a defense contractor and carried around two phones—one for work, and one for personal use.) Unsurprisingly, the Black is also capable of encrypting both all of its data and all of its phone conversations. BlackBerry will handle the secure networking, using the latest version of its BlackBerry Enterprise Server.

Unsurprisingly, the Boeing Black seems to come in just one color—and it’s not yellow or red. Boeing does hype the modularity of the unit, which lets you swap in an extra battery, a satellite transceiver, or even advanced location tracking hardware, all stuff you might need if you’re the kind of person who also needs a super secure phone.

One feature that the Black has that I have to admit I’m a little surprised about is a camera, since many security agencies and contractors don’t particularly like their employees carrying what are, in essence, portable photocopying machines. But perhaps the camera feature is removable, via the same vaunted modularity.