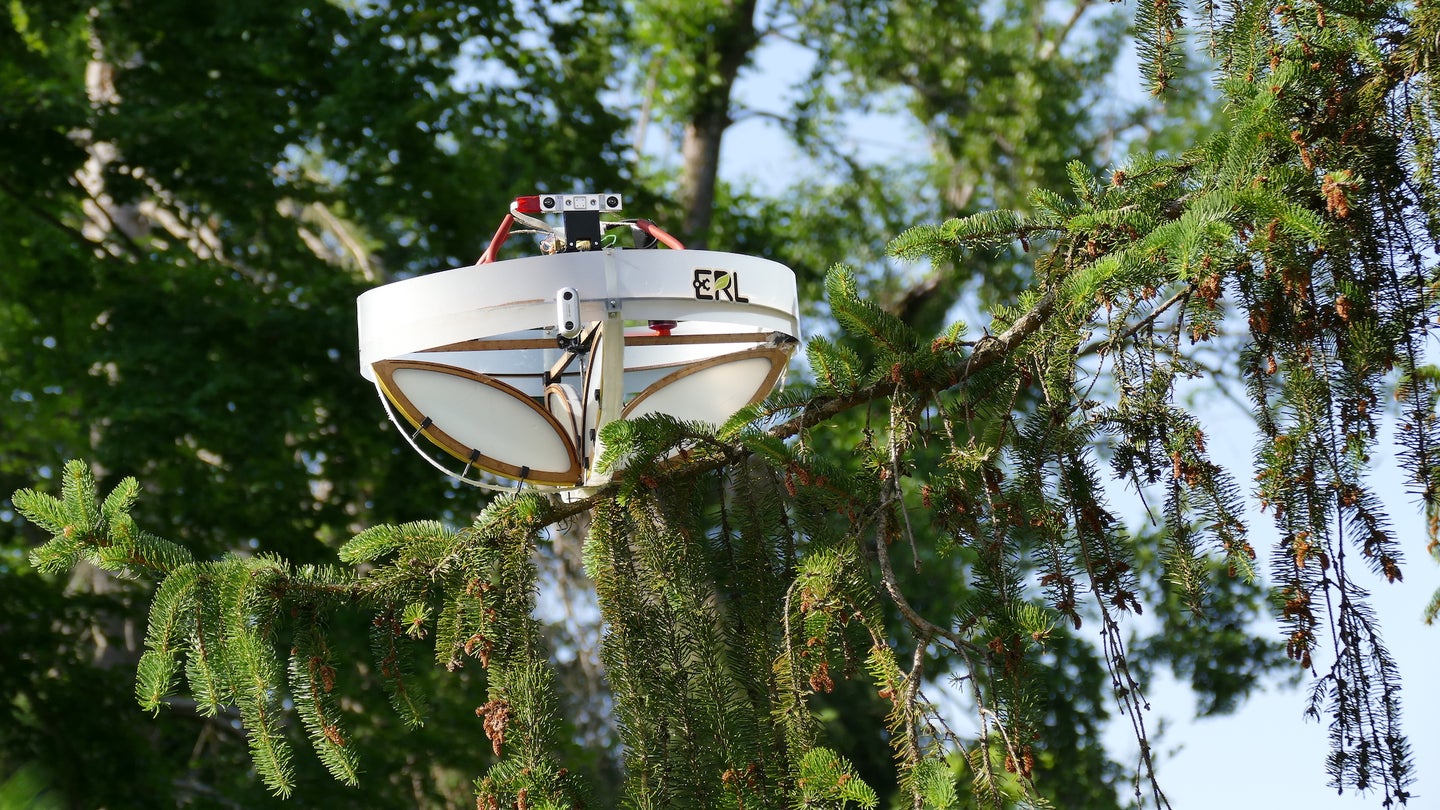 If an animal passes through the forest and no one sees it, does it leave a mark? A century ago, there would be no way to pick up whatever clues were left behind. But with advancements in DNA technology, particularly environmental DNA (eDNA) detecting instruments, scientists can glean what wildlife visited an area based on genetic material in poop as well as microscopic skin and hair cells that critters shed and leave behind. For ecologists seeking to measure an ecosystem’s biodiversity as non-invasively as possible, eDNA can be a treasure trove of insight. It can capture the presence of multiple species in just one sample.

But collecting eDNA is no easy task. Forests are large open spaces that aren’t often easily accessible (canopies, for example, are hard to reach), and eDNA could be lurking anywhere. One way to break up this big problem is to focus on a particular surface in the forest to sample eDNA from, and use a small robot to go where humans can’t. That’s the chief strategy of a team of researchers from ETH Zurich, the Swiss Federal Institute for Forest, Snow and Landscape Research WSL, and company SPYGEN. A paper on their approach was published this week in the journal Science Robotics.

In aquatic environments, eDNA-gathering robots sip and swim to do their jobs. But to reach the treetops, not only do researchers have to employ flying drones (which are tougher to orient and harder to protect), these drones also need to be able to perch on a variety of surfaces.

The design the Swiss team came up with looks much like a levitating basket, or maybe a miniature flying saucer. They named this 2.6-pound contraption eDrone. It has a cage-like structure made up of four arcs that extend out below the ring mainframe that measure around 17 inches in diameter. The ring and cage-like body protect it and its four propellers from obstacles, kind of like the ring around a bumper car.

To maneuver, the eDrone uses a camera and a “haptic-based landing strategy,” according to the paper, that can perceive the position and magnitude of forces being applied to the body of the robot in order to map out the appropriate course of action. To help it grip, there are also features like non-slip material, and carbon cantilevers on the bottom of each arc.

Once it firmly touches down, the drone uses a sticky material on each arc to peel off an eDNA sample from the tree branch and stow it away for later analysis. In a small proof-of-concept run, the eDrone was able to successfully obtain eDNA samples from seven trees across three different families. This is because different tree species have their own branch morphologies (some are cylindrical and others have more irregular branches jutting out). Different trees also host different animals and insects.

“The physical interaction strategy is derived from a numerical model and experimentally validated with landings on mock and real branches,” the researchers wrote in the paper.  “During the outdoor landings, eDNA was successfully collected from the bark of seven different trees, enabling the identification of 21 taxa, including insects, mammals, and birds.”

Although the robot did its intended job well in these small trials, the researchers noted that there needs to be more extensive studies into how its performance may be affected by tree species beyond the ones they tested for or by changing environmental conditions like wind or overcast skies. Moreover, eDNA gathering by robot, they propose, can be an additional way to sample eDNA in forests alongside other methods like analyzing eDNA from pooled rainwater.

“By allowing these robots to dwell in the environment, this biomonitoring paradigm would provide information on global biodiversity and potentially automate our ability to measure, understand, and predict how the biosphere responds to human activity and environmental changes,” the team wrote.

Watch the drone in action below: